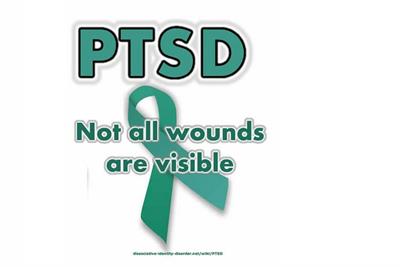 Post Traumatic Stress Disorder is characterized by persistent emotional stress that has been brought on by a traumatic event in the past. PTSD affects roughly 8 million people each year, many of whom are veterans. Those with PTSD often find it difficult to sleep and may experience panic attacks if an event (like a loud noise) triggers a difficult memory.

Common treatments for PTSD include prescription antidepressants like Zoloft, Prozac, and Paxil. Though effective to an extent, these medications come with a number of side effects including weight gain, impotence, and an increased risk of suicide. This has prompted many PTSD patients to turn to cannabis therapy to treat PTSD symptoms instead of traditional SSRIs.

Unfortunately, this has not always been an option for soldiers who seek healthcare through the VA system. As a government-funded program, VA doctors have not been allowed to recommend (or even support) cannabis therapy despite its medical status for civilians, and veterans have not been allowed to medicate with marijuana without the risk of losing other medical benefits for breaking a narcotics code.

Talk about a huge problem for our returning veterans, especially considering that marijuana can, in fact, improve many symptoms of PTSD including pain, anxiety, and sleeplessness. Cannabis therapy can also aid in memory extinction thanks to an abundance of cannabinoid receptors in the amygdala (where emotions like fear and anxiety are processed) and in the hippocampus, where memories are stored. In other words, when used properly, cannabis can not only dull the pain of unfavorable memories, but can actually help PTSD sufferers overcome their trauma completely – all while easing the pain of physical wounds and promoting a sound sleep.

Despite recent research and piles of anecdotal evidence confirming the medical benefits of marijuana, there is still mixed evidence supporting cannabis therapy as a treatment for psychological disorders like anxiety, depression and Post Traumatic Stress Disorder. In fact, the jury is still technically out about whether cannabis helps or hinders mental disorders given marijuana’s powerful influence on cognition and neurological processing.

Some studies show that high doses of THC can have a negative impact on mental processes relating to fear and memory recollection, hence the common occurrence of marijuana-induced anxiety after overconsumption.

On the flip-side of that coin, however, is another cannabinoid, CBD, that has been shown to relieve symptoms of anxiety, depression, and PTSD by binding with cannabinoid receptors and blocking them from interacting with other chemicals. Sometimes, THC is blocked from the receptors to help control marijuana-induced anxiety. An overworked endocannabinoid system (which results in a cannabinoid deficiently) can be supplemented and mediated through CBD therapy, as well.

On November 10, 2015, the U.S. Senate passed the Military Construction and Veterans Affairs Appropriations Bill which finally allows VA doctors to discuss cannabis therapy with their patients. Up until this point, the Department of Veteran Affairs was the only federal healthcare program that barred doctors from discussing (let alone recommending) marijuana to their patients. Considering the great lengths this group of people has gone through for the sake of our freedom, they should be granted the same liberties as any other American citizen.

“…[We] see this victory as a step toward a peace treaty with the government we volunteered to defend with our lives and as a step toward restoring our first amendment rights and dignity as citizens of the United States,” disabled veteran, TJ Thompson told the Drug Policy Alliance.

Needless to say, our veterans are vital to national security and thanks to the selfless sacrifices of our soldiers, we can live our lives safe from fear. But their willingness to protect and defend our country is not without cost; thousands of veterans return from service with wounds both physical and psychological, and they should be allowed to treat these wounds however they see fit.

Overall, veterans deserve the same degree of respect and accuracy of information that all civilians receive so that they can experience the freedoms they have worked so hard to defend. Now thanks to a new bill, veterans finally have access to the same medical benefits as the rest of the nation, including the right to medicate with cannabis.

Do you think veterans should be allowed to treat PTSD with cannabis therapy? Why or why not? 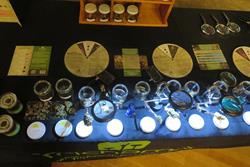 How to Become a Sommelier of Cannabis

How to Become a Sommelier of Cannabis 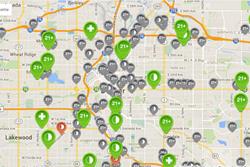