It has long been acknowledged that early Americans used hemp for a myriad of purposes. It’s been written that George Washington and Thomas Jefferson smoked hemp for recreation and pleasure (though that myth has been busted many times over), and that the constitution was drafted on hemp paper (likely another bust). But what about their forebears, the puritanical Pilgrims that landed on Plymouth Rock (yet again, one more bust)? When they arrived in 1620, did they bring cannabis with them from the Old World to the New?


The short answer is no. At least not how one might expect. Edward M. Brecher and the editors of Consumer Reports Magazine simply wrote, “There is no record that the Pilgrims brought marijuana with them to Plymouth.” But looking at it a little more broadly, the answer could most definitely be yes.

Hemp has been cultivated throughout the world for tens of thousands of years for a myriad of uses. Historians have identified scraps of hemp cloth from as far back as 8000 BCE, and ancient Chinese pottery, where hemp has been grown continuously for more than 5,000 years, has been found with impressions of hemp rope. 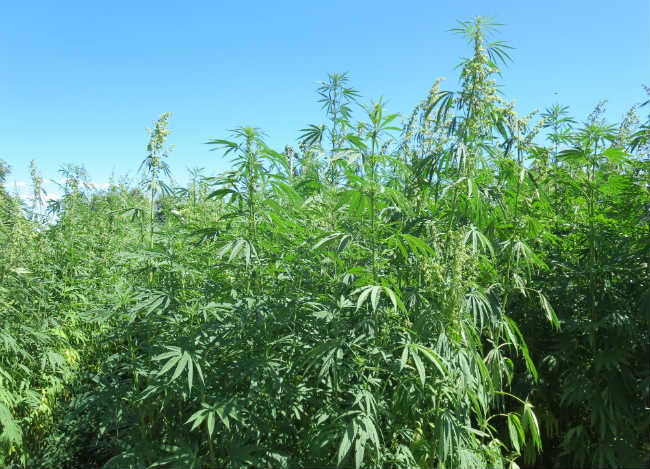 Hemp has a long history with humans dating back thousands of years.

But where hemp really came into full is during the Age of Sail, which began around 1572, then started its decline in the 1860s with the advent of the steam engine. During this period, when most commerce, exploration and international crossings were conducted via sailing vessels, hemp was used for all the rigging, cordage and canvas sails. Hemp even helped keep ships afloat by being combined with pine tar into a substance called oakum, essentially acting as a kind of caulking for wooden ships.

Here’s a fun fact: the etymology of the word “canvas” is derived from the Latin, “cannabis!”

It has been reported that the Pilgrims had hemp seeds aboard the Mayflower to plant upon their arrival. However, there is no historical evidence to support that. There are records showing that hemp was brought to the Jamestown, Virginia settlement in 1611 for fiber cultivation, and that it made its way north to New England in 1629. Thus, it appears that the only hemp that made its way across the seas on the Mayflower was the ship itself and its sails, ropes and oakum.

The Growth of Cannabis in Early America

In the years that followed the Pilgrim’s landing, up until the Civil War, cannabis was an important crop in the United States for both agricultural and national economic reasons. In Virginia, hemp production was practically mandatory for cultivation and manufacture, and penalties could be imposed on those who did not produce it. Virginians were even allowed to pay taxes with hemp. But what about the Native Americans that were already here in the U.S., were they growing or using hemp or marijuana in some form?

Many believe that Native American ceremonial pipes, or peace pipes, used ceremonially to offer prayers, or seal a covenant, contained cannabis. But the short answer to that is, there’s no evidence of that, either. Eastern tribes, like those the Pilgrims would have encountered, used tobacco in their pipes. 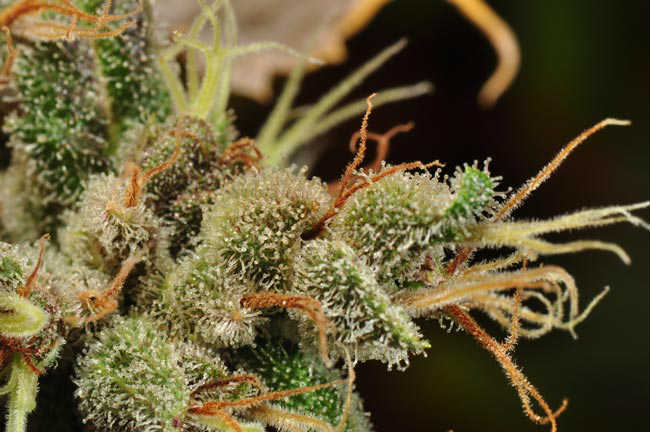 While Native Americans are known to have used cannabis, it's uncertain whether or not they did before the Pilgrims arrived.

Native Americans, who as a culture have been much more inclusive of natural medicines for healing, did use cannabis to help with inflammation, and as a stimulant to help recover from illness. But whether they used it in that capacity before the arrival of the English colonists is up for debate. Hempologist John Dvorak, who curates and manages the hemp history site Hempology.org, said in an email, “Whether Native Americans used cannabis before Europeans brought it here, I have seen no evidence of that.”

What we can say, without a doubt, is that without hemp, the Pilgrims never would have arrived in Cape Cod Bay in the frigid cold of a New England November.

Do you think the pilgrims used cannabis? Why or why not? Tips for Including Cannabis in Your Thanksgiving Feast

Tips for Including Cannabis in Your Thanksgiving Feast