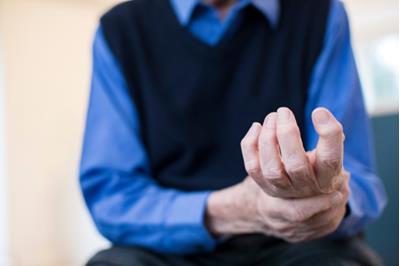 Arthritis is one of the most common afflictions being treated with medical marijuana, both in the dispensary and over the counter. A survey from the Arthritis Foundation found that nearly a third of those polled used cannabis to treat their symptoms, and 79% said they have turned to cannabis in the past or would in the future.

Arthritis is a broad term for joint pain stemming from a variety of causes from autoimmune disease to advanced age. This pain is often accompanied by inflammation, which can cause stiffness or additional nerve damage to the afflicted area over time. Osteoarthritis (OA) is the most common form of joint pain resulting from age, injury, or obesity. Rheumatoid arthritis is an autoimmune disorder where the immune system damages joint linings. There are over 100 kinds of arthritis, and there is no singular treatment for every one. That said, cannabinoid therapy has become a promising new horizon.

To be clear: no study yet to date has proven that cannabis will reliably and consistently relieve pain in most people. But that sentence doesn’t mean anything more than it says – the endocannabinoid system is an unfinished puzzle that laboratories across the world are racing to fill in, particularly because of the staggering benefits seen in smaller trials.

Here is what we know for now, and how that knowledge is being used to treat arthritis.

How Can Marijuana Help Arthritis pain?

THC and CBD are cannabinoids, chemical compounds found in marijuana and hemp plants. However, your body also produces its own cannabinoids that carry messages in a cell-signaling system called the endocannabinoid system (ECS). 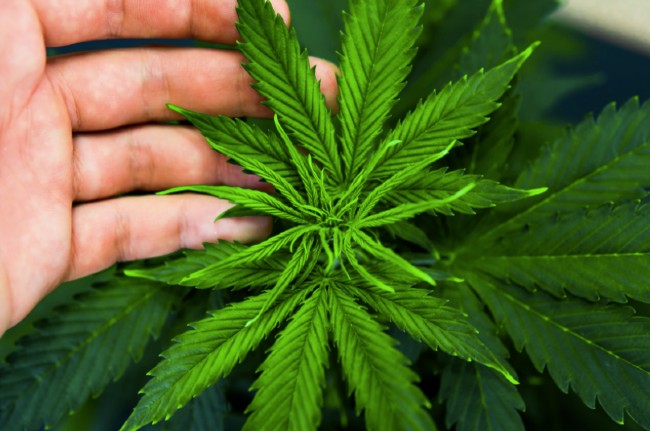 THC and CBD found in the cannabis plant, interact with the body through the endocannabinoid system. photo credit

THC binds with these cell receptors itself. Conversely, CBD inhibits FAAH enzymes (fatty acid amide hydrolase) from dissolving the body’s own cannabinoid called anandamide. Both anandamide and THC bind with cell receptors in the immune system to reduce inflammation and relieve pain. And the evidence is more than anecdotal. One CBD study in 2015 found that cannabinoids absorbed through the skin “reduce[d] inflammation and pain-related behavior [sic]” in rats.

A human study in 2020 concluded “[t]here was a statistically significant reduction in intense pain, sharp pain, [and] cold and itchy sensations in the CBD group when compared to the placebo group,” adding that no negative side effects were reported.

Remember – cannabinoids may reduce inflammation, but joint stiffness can be rooted in other causes that cannabinoid therapy may not treat.

Which Cannabis Products are Most Effective for Osteoarthritis?

The most effective cannabis product for you depends on how you prefer to administer it. As we have seen, THC and CBD raise cannabinoid levels in different ways, so pills, creams, and tinctures may offer different benefits.

The current research suggests that a consistent dose of CBD will raise the levels of anandamide and other endocannabinoids, which in turn deliver systemic relief over time. This means a consistent reduction of inflammation throughout the body, along with other effects on the endocannabinoid system which also regulates sleep, hunger, and mood. 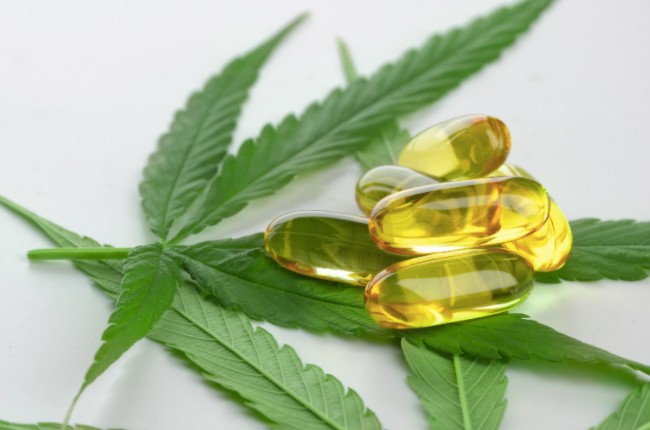 THC pills can be expected to deliver a spike of cannabinoids with similar medicinal effects, albeit accompanied by its famous psychotropic effects – THC pills will get you high. This might be either a hindrance or a boon depending on your personal needs; either way, it’s good to be aware.

So if CBD works overtime, will a CBD cream help arthritis? Yes! As we saw in the earlier experiment with rats, daily application of a CBD gel reduced pain and swelling in the treated area.

However, this research also implies that THC should be the faster-acting agent. Whereas CBD urges the body to sustain more cannabinoids to bind with cells, THC binds with those cells itself to the same effect – reducing inflammation and relieving pain. When applied to the skin, the THC binds with cells in the targeted area and will not alter consciousness.

Tinctures are cannabis oils and other infused liquids are generally taken orally, and they can be used to treat arthritis pain much the same as cannabis pills. THC tincture will be digested and get the user high along with the physical benefits. 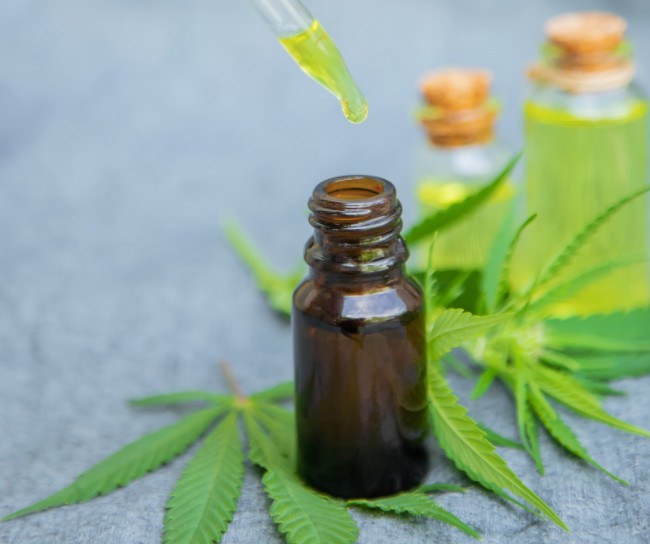 Unlike edibles or capsules, tinctures can take effect in just a few minutes. photo credit

CBD should be taken in measured, regular doses. For more accurate dosing, it is recommended tinctures not be mixed with drinks, particularly hot drinks.

Inhaling cannabis smoke or vapor may bring relief to some, but it is not an effective way to treat arthritis pain. Dosing is difficult to measure, and almost certainly larger, as the tool itself is designed for more frequent intakes of cannabinoids. Though you could pick up a cannabis inhaler.

As ever, we are not doctors, so this should not be taken as medical advice. You should always consult with your doctor about using cannabis as any sort of treatment. That being said, cannabinoid therapy has become a popular treatment for arthritis because of the promising conclusions drawn from small trials, particularly in reducing osteoarthritis pain. Until more is known, rheumatoid arthritis should probably be treated with prescription drugs to more assuredly prevent permanent joint damage.

CBD is generally found to be safe for most people, with minimal side effects including dry mouth, drowsiness, and an affected appetite one way or the other. However, out of an abundance of caution, consult your doctor if you are also taking blood thinners or heart medications.

THC, of course, carries more obvious side effects when ingested or inhaled. But the latest research suggests it may be the more effective topical because THC instantly binds to receptors via the skin.

Of course, there is no research suggesting the two cannot be used together.

What are your thoughts on treating Osteoarthritis with cannabis? Discuss in the comments below! 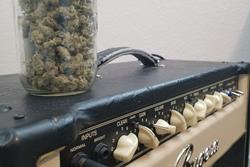 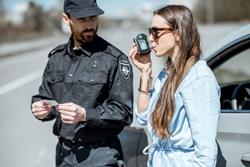