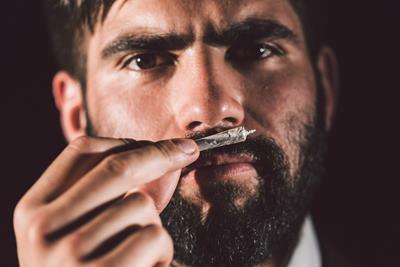 You can imagine the commercial now for odorless weed: “Has this ever happened to you?” asks the narrator in their knowing tone. In black and white you see the countless methods that innovative stoners have come up with over the years for concealing that distinctive smell of pot. One lights a stick of incense, but that classic technique just makes them cough and wave a hand across their face. Another takes a hit off their pipe and blows it out an open window where a box fan is running, only to have their neighbors walking by outside glare at them. A third fumbles wildly as they try to rubber band a dryer sheet to a cardboard toilet paper tube for a sploof while their partner rolls their eyes impatiently. A fourth drops their glass jar of weed trying to get it open and it shatters at their feet, the buds now covered in shards.

Each one turns to the camera with a resigned shrug, fed up with their struggle to conceal that dank, unmistakable smell of cannabis. There has to be a better way! “Well, now there is!” the announcer would crow triumphantly, “with new, odorless weed!”

Is Odorless Weed the Next Trend? 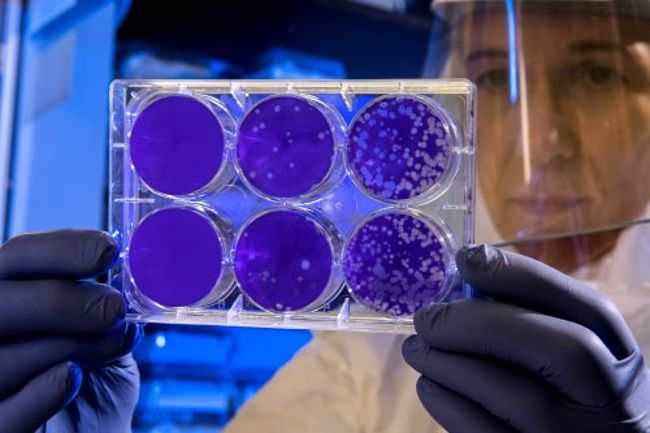 While recreational cannabis has a long way to go before we see the first commercials for cannabis in any form, odorless weed is indeed coming soon. At least, according to the Canadian startup CannabCo Pharmaceutical Corporation it is. The Ontario-based company has partnered with an as-yet-unnamed tech company to create PureScent, a new strain of marijuana that supposedly doesn’t raise a dank, skunky stank whether it’s a fresh leafy bud or a dense cloud of smoke.

The CEO of CannabCo, Mark Pellicane, believes the new odorless weed technology will transform a consumer’s experience with smoking weed. According to a press release.

“Imagine someone going outside for a break during the day, having their afternoon cannabis and coming back without any odor attached to their clothing or coat...A woman can carry cannabis in her purse without having the odor concentrated or leaking out in her handbag...A number of consumers, and people that are around cannabis smokers, complain about the smell especially in enclosed areas, condos, and apartments, and this technology addresses those concerns."

According to the same press release, the benefits of odorless weed don’t stop with non-dankened purses and happier partners/landlords in your living arrangement. But how does this all work? Let’s take a closer look into what the process of creating odorless weed might entail.

How Does Odorless Weed Work?

While the technology is still proprietary and thus a closely held secret, we can assume that the basics involve removing or otherwise altering the terpenes in the flower. This may indeed lower the intensity of the perfumes wafting off the buds or lingering in the smoke, creating odorless weed. However, as many in the cannabis industry and culture are asking, how does that affect the overall experience?

Many people wonder if odorless weed would have similar effects to regular cannabis.

As many marijuana consumers well know, terpenes play an irreplaceable and necessary part in how cannabinoids interact with the brain. Specific terpenes such as linalool, humulene, and pinene are known to cause specific effects in their consumers. Combinations of these terpenes with the cannabinoids – known as the entourage effect – are what gives weed its unique effects both recreationally and as medicine.

Removing or otherwise altering the terpene profile may make the odorless weed smell less noticeable in a room or on your clothes, but it will also make it less effective in your body, which is the main point of consuming cannabis for most people.

According to their website, Cannabco’s Purescent technology claims higher potency gram for gram with regular weed. In a recent press release, they also claim a strain has reached 41% cannabinoid content. Their odorless weed also is said to have both reduced harshness and full spectrum effects. So maybe they have figured out a way to retain the terpene’s full effects without their signature smells, but so far that’s only a claim. 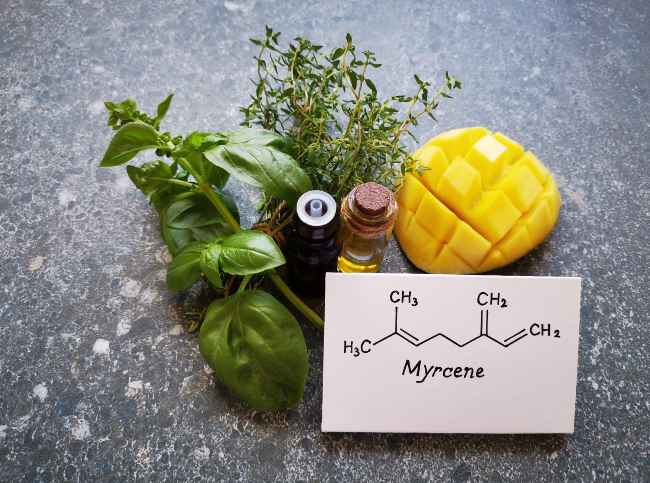 How Purescent’s odorless weed strains measure up to regular weed still hasn’t been widely judged. It’s available in some of Canada’s government-run dispensaries, but besides announcements that it’s now available, there hasn’t been a lot of chatter about it amongst regular weed smokers.

While odorless weed may have little to no smell as a fresh bud, it’s hard to imagine that one can erase entirely the smell of anything that’s burning. Smoke has a way of being noticed and it’s not just terpenes contained in that cloud of burnt carbon. However CannabCo’s CEO imagines it, once you step inside after a quick toke break, you’ll still need to cover or explain away the smell of burnt plant matter. Right?

What’s Next for Odorless Weed Products

While the future of weed remains ever changing, one can’t help but wonder just how big an impact odorless weed will make. A less harsh lungful of smoke is definitely a selling point for beginners, but it’s not as though that issue lasts for long with most pot smokers. Similarly, a dank aroma on your clothes, in your pockets, or on the street may retain some social stigma, but it really all depends on where you are or where you’re working. If you’re using it medicinally in a workplace that is harsher on cannabis use, Purescent’s odorless weed could be one option. However, if you’re using marijuana as medicine, you’re most likely going to require its full terpene profile for full effect, which odorless weed may or may not have. That’s the kind of thing only a medical patient can tell you. 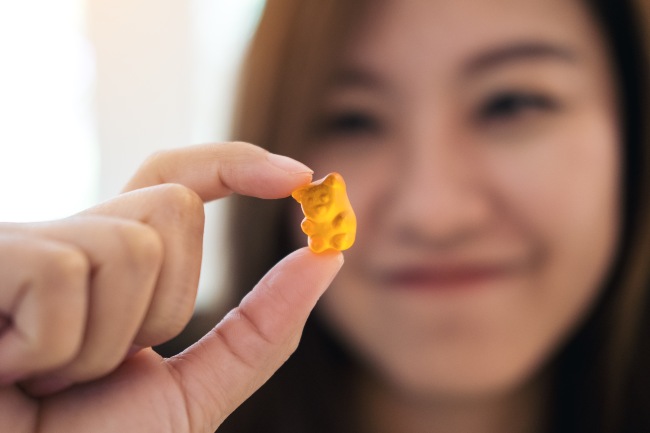 Eating edibles is a common way to get high without any odor. photo credit

Similarly, if you’re a recreational consumer stealth-smoking at your place of business or a social function while you’re not supposed to be, Purescent’s odorless weed could be part of your arsenal. However, you’ve also probably figured out plenty of ways to cover that smell by now without sacrificing the full flavor or effects. Edibles are always an option and a dry herb vape will allow you to experience the full cannabinoid and terpene profile of your flower without the odor as well.

With any new type of product on the market, there will be companies trying to innovate and carve out a niche for themselves. If Purescent is indeed able to produce an odorless weed that is less harsh on the throat and free of the “weed hangover” that some consumers experience the next day – and all without any loss of quality, taste, or effect – then they will most likely find a wide opening in the cannabis market to grow into. However, if Purescent can’t find a way to match the taste and effects of dank weed, consumers will probably stay away. All the good stuff is in that odor.

What Kind of Weed Doesn't Smell?

All weed strains have terpenes, which means all weed strains will have a smell. Some strains smell more strongly than others, however. If you find your strain doesn’t have a strong smell, or smells a bit like hay, it could just be old. Ontario-based company CannabCo claims to have developed an odorless weed, but there isn’t a lot of anecdotal evidence about its effects.

Is There an Odorless Weed?

At least one company, CanabCo in Canada, has developed an odorless weed, or as they spell it, odourless weed. CannabCo’s Purescent appears to be the only odorless weed on the market.

Does Good Weed Have a Smell?

Yes. The plant essences (called terpenes) play a necessary part in how cannabinoids interact with the brain. Specific terpenes such as linalool, humulene, and pinene are known to cause specific effects in their consumer. Combinations of these terpenes with the cannabinoids – known as the entourage effect – are what gives weed its unique effects both recreationally and as medicine. If your weed smells fresh and dank, you can assume that it will have potent or pronounced effects.

What are your thoughts on an odorless weed product coming to market? Does it appeal to you? Why or why not? Share your comments and discuss with others in the comment below. 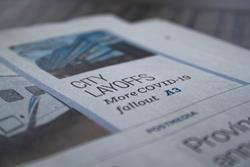