Hip Hop remains one of the most dynamic and diverse forms of music. Each generation has produced their own legends, many of those legends love to smoke weed and love to drop bars about it. In the 1990s, Snoop Dogg, Cypress Hill, and Method Man were some of THE rappers that smoke weed. Their names were pretty much synonymous with the chronic.

PotGuide is here with some of our favorite new hip hop artists of the past decade who are writing rhymes about their love of the herb for a new generation of fans.

Doja Cat starting her rap career in 2012 with a big love for cannabis. photo credit

When it comes to new rap artists that smoke weed, Doja Cat has not made her love of the herb hidden. With weed slang in her stage name, and her first single on Soundcloud being titled “So High,” Doja Cat came out of the gate hard in 2012 as one of the new rap artists blending their love of blunts and beats.


Maybe too hard, as Doja Cat reportedly stopped smoking weed after toking her way through the entire recording of her 2018 album Amala. Doja Cat says taking some time off smoking weed has helped to get her head clear, which we fully support, whether it’s a prolonged tolerance break or a forever thing. 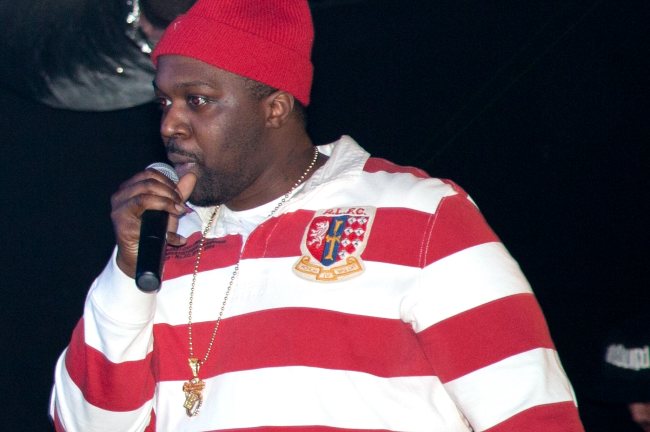 He was inspired by the Movie Friday and the character "Smokey", the drug dealer to create his stage name. photo credit

Having collaborated with fellow weed rappers Wiz Khalifa and A$AP Rocky, Smoke DZA set out to make a name for himself as an upcoming rapper. To say that Smoke DZA likes to smoke weed is an understatement. He named himself after a famous neighborhood weed dealer “Smokey” from the movie Friday, and is a founding member of the hip hop collective “The Smokers Club”.

His first album, Rolling Stoned, won him the 2011 High Times Doobie Award for Best Hip Hop Album of the Year. With songs like “Continental Kush Breakfast,” Smoke DZA is an easy choice for our list of rappers that smoke weed. 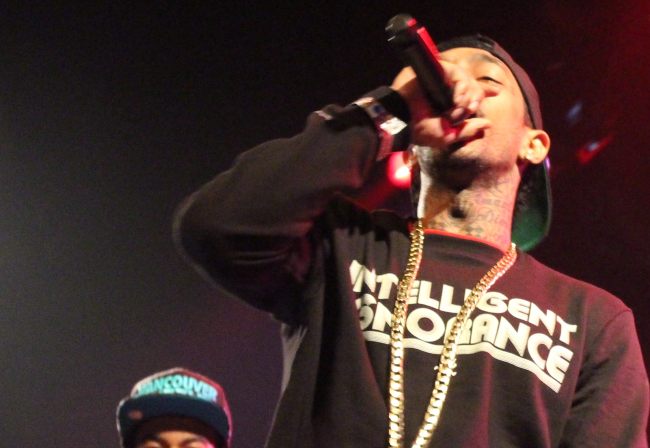 Although Nipsey Hussle is no longer with us, he is remember with the cannabis community forever. photo credit

Before his tragic death, Nipsey Hussle was one of the most exciting upcoming rappers of the new century. He was also one of the main rappers who smoked weed. Nipsey openly rapped about his love of weed on numerous tracks, including “Hennessy and Weed.” Nipsey was also an excellent businessman. Besides his clothing label and other ventures, Nipsey collaborated with the award winning The Cure Company growers to develop his Marathon OG strain.

We’re including him on this list of upcoming rappers who smoke weed because his impact on hip hop in the past decade and weed culture is still being felt. Besides Marathon OG, there’s at least one other weed strain named in his honor. 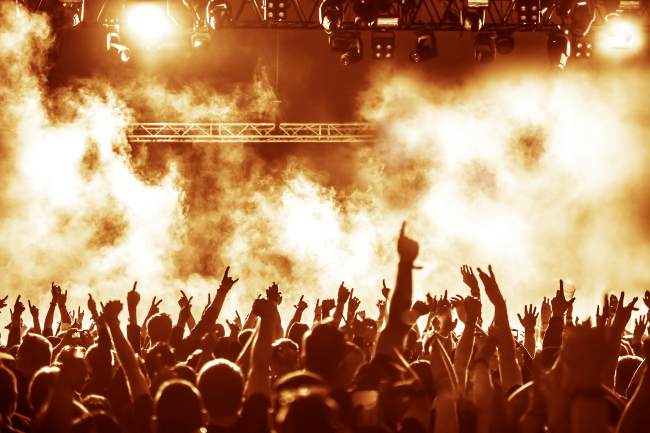 Eighty4 Fly comes from Seattle that has a great weed and music scene. photo credit

With hits like “Kush High” and “Weed,” Eighty4 Fly is clearly a rapper that smokes weed and wants everyone to know about it. Coming out of Seattle, Eighty4 Fly hit it big with his track and video “Like Planes” (about getting high), and hasn’t really come down since. 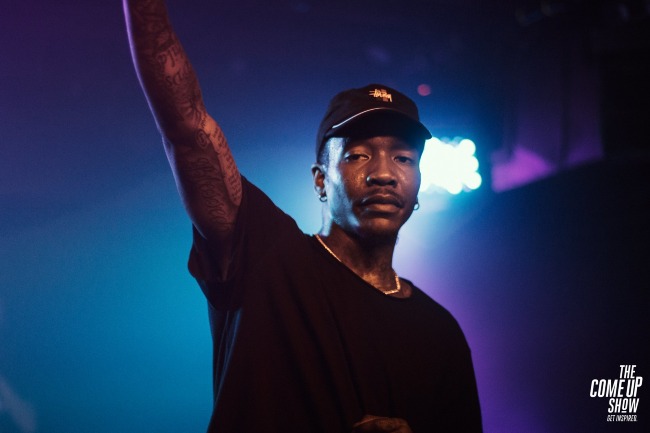 Dizzy Wright is a major cannabis advocate who even has a strain named after him, Dizzy OG. photo credit

Dizzy Wright's one of the new generation of rappers that smoke weed, and he you sure can tell in his lyrics. This new hip hop artist’s debut album, “Smokeout Conversations” was released on April, 20th (every stoner’s favorite holiday) by his label, and he’s still going strong.

His last album The Growing Process includes the track “Smoke You Out.” Dizzy also has his own weed strain, Dizzy OG, which is a sweet, heavy, potent OG Kush made for stoners like Dizzy who’s tolerances are off the charts. 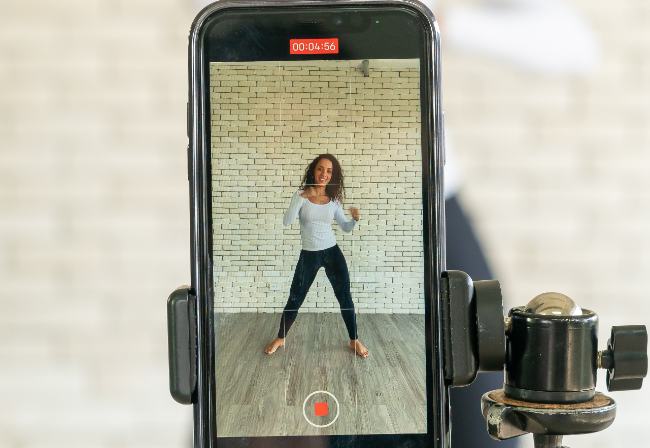 Erica Banks got recognized on Tik Tok with her song "Buss It". photo credit

Erica Banks is one of the new rap artists that rose to prominence during the pandemic. Her track “Buss It” and accompanying Tik Tok dance challenge raised her to rap stardom, eventually landing Banks as a Gold-certified record. The Texas-raised upcoming rapper has silenced her critics with her brash bars, and in a recent interview credited weed as a big part of her studio process.

I need to smoke weed and I need to have something to drink…Now, these are not things that I just absolutely have to have …These are just things that I prefer just to set the vibe. So, if I got some weed and some Hennessy, it’s gonna be a good day…Gorilla Glue and Sour Diesel are my favorite strains right now. 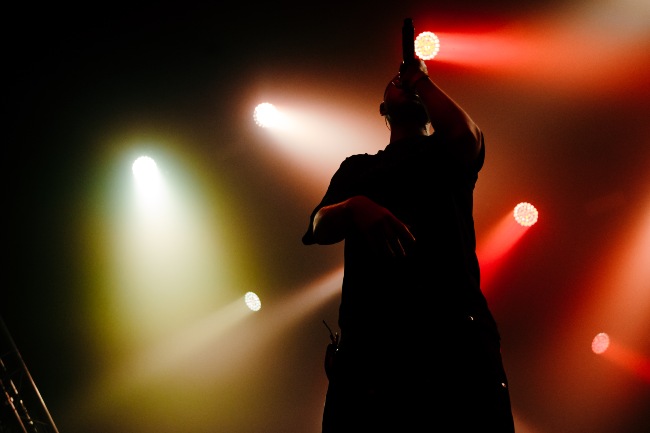 Your Old Drogg was often compared to the NYC rapper, Nas, in his style and technique. photo credit

A Ukrainian-Jewish kid from Brooklyn, Your Old Droog has been steeped in New York culture — and New York chronic — since the old days. Having been favorably compared to the famous NY rapper Nas after releasing his first track on Soundcloud, he’s gone on to work with such luminaries as Joey Badass, A$AP Ferg, and MF DOOM. In 2019, he also released an album on 4/20, just in case fans were still wondering about his affinity for cannabis.

Most recently, he released his ode to smoking weed “So High,” with enough references to let you know he’s no stranger to the chronic.

Weed and hip hop have been together since the days of fat gold chains and 808 drum machines. Every new generation has their rappers that smoke weed to inspire them in the studio or on their notepad. While it’s not necessary to smoke reefer if you want to be a great artist, hip hop proves that it definitely can help loosen up your flow.

What Rappers Smoke A Lot of Weed?

Who Smokes The Most Weed in the World?

Which Rappers Have Weed Strains?

What are your favorite new rap artists that smoke weed? Any we missed? Let us know in the comments! 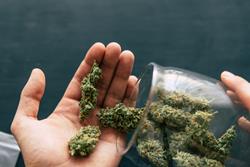 What are the Purchase Limits for Weed in Each State?

What are the Purchase Limits for Weed in Each State? 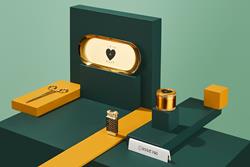