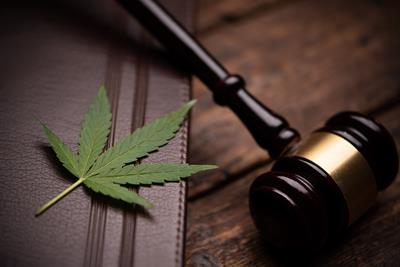 There may not be any state whose cannabis sales will be looked at more closely than New York, whose lawmakers legalized cannabis for all adults 21 and older on March 31, 2021. The infrastructure for the legal adult-use market is not yet in place, but the Empire State has a limited (but growing) medical marijuana program, loophole-hugging “legal” adult-use dispensaries, a sprawling CBD and Delta-8 market, Weed World vans bilking tourists out of cash for years, and an estimated $3.7 billion in illicit market sales.

California has long dominated the cannabis monetary conversation with sales that hover around $5 billion every year. Once New York’s adult-use market gets up and running, industry prognosticators believe that New York will quickly surpass Canada to be the world’s second largest cannabis market, just behind the Golden State.

New York has had the luxury of entering the legal market relatively late to the game — states that tag the Northeast coast like New Jersey, Maine, and Massachusetts beat New York to the punch. This delay will, in the words of Cannabis Control Board (CCB) Chair Tremaine Wright, help New York “avoid the pitfalls of some other legal states,” perhaps alluding to ongoing, thriving illicit markets despite legalization.

The new market will be made into reality by the Office of Cannabis Management (OCM) and the Cannabis Control Board (CCB), charged with creating and implementing the MRTA (Marijuana Regulation and Taxation Act) with a regulatory framework that centers social justice, public health & safety, and economic development.


As part of a public education campaign, the OCM is holding a series of virtual informational sessions, or Cannabis Conversations, where they discuss the particulars of the MRTA, then open the floor for questions.

How The Marijuana Regulation and Taxation Will Shape New York

I attended one such session on February 2, and I came away with a few takeaways. But the first, most oft-repeated informational nugget is this: New York wants to talk about equity, inclusion, and how the MRTA was crafted to correct the harms of the War on Drugs.

Now that we know what bodies are in charge of implementing the MRTA framework, what can New Yorkers expect from a legal weed market, and how can the OCM pull it off - especially with their commitment to equity and inclusion - a feat other legal states have yet to manage?

Let’s check in on the key players and how they will shape cannabis policy in New York.

Tremaine Wright, who led the February 2 conversation, is the Chair of the Cannabis Control Board, and was appointed by Governor Kathy Hochul in September, 2021. Wright has a formidable resume that highlights the qualities of a tried-and-true New Yorker — who also happens to be an attorney with a law degree from University of Chicago Law School. 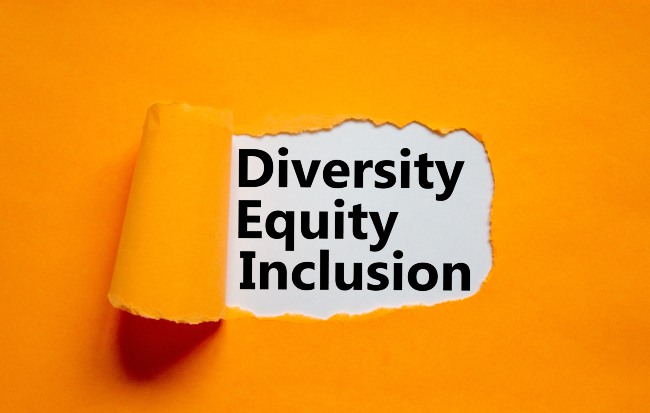 Members of the Office of Cannabis Management will be pushing for social equity within the new cannabis legalization regulations. photo credit

Last September, Governor Hochul appointed a second native New Yorker with strong social justice bona fides, Chris Alexander, former Policy Coordinator for the Drug Policy Alliance, to serve as the executive Director of the OCM. A native of Hollis, Queens, Alexander comes to the role as an advocate, policy expert, and organizer to fight to end mass incarceration and the War on Drugs. He also acted as the lead drafter of the MRTA legalization bill and has a BA in political science from Syracuse University and a JD from CUNY School of Law.

Each of them brings to the role a particular take to inform a legal cannabis market that now encompasses medical marijuana, the hemp and CBD market, and the creation of an entirely new adult-use industry to reflect New York realities; local politics, social justice, real estate, unions, law, and agriculture.

Equity and Inclusion at the Center of MRTA

“We are earnestly working to build an industry focused on regulations that will build structures to establish safety, protect the health of New Yorkers, and provide equitable opportunity. Our intent is to keep New Yorkers safe, and correct the harms of prohibition and mass incarceration,” Wright said at the top of the Cannabis Conversation session.

We’ve known for a long time that people of color are disproportionately targeted for cannabis arrest. White people and people of color use marijuana at about the same rates, but an ACLU report found that Black individuals were more than 3.73 times likely to be arrested for simple possession. 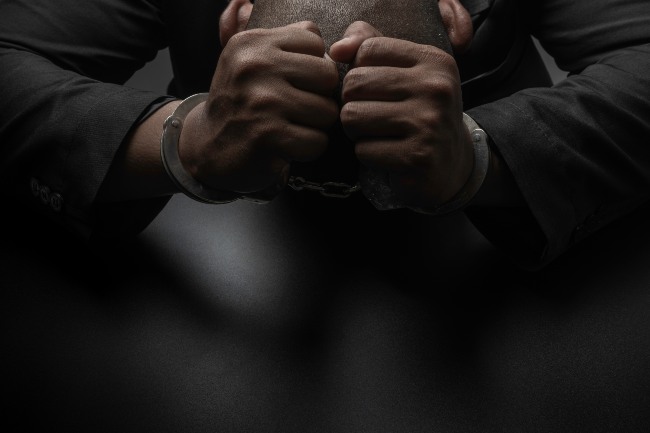 In NYC, that number is off the charts. In 2020, before the passage of the MRTA, a whopping 94% of marijuana arrests in the five boroughs were people of color. Even without a legal marketplace up and running, Wright said that the MRTA is already undoing some of that harm. Since its passage, more than 400,000 individuals have had their arrests and convictions expunged.

The MRTA calls for much more than expungement and a cannabis policy shift from law enforcement to public health. The goal is to give 50% of cannabis business licenses to social and economic equity applicants, including minority and women-owned businesses, service-disabled veteran owned businesses, bringing legacy businesses into the legal marketplace, with priority will be given to those who have been arrested and convicted of marijuana charges, as well as their family members.

In another boost for equity applicants, Governor Hochul recently announced the creation of a $200 million public-private fund to support social equity entrepreneurs and applicants.

Where Will the Revenue Go?

Wright reiterated that the CCB is committed to creating an equitable and inclusive legal marketplace, and part of that commitment is directing funds to communities that have been harmed by the War on Drugs.

A tricky aspect of legal cannabis implementation is finding the tax sweet spot, where the tax is enough to create meaningful revenue but not too much that it sends people scurrying back to the illicit market, exemplified by California’s marijuana tax troubles.

New York’s tax structure consists of an excise tax on wholesale and retail sales based on the level of THC in any given product. “This is similar to alcohol,” Wright explained.

“The higher the THC, the higher the tax rate.” A sales tax will also be applied that will cover OCM operations, law enforcement training, and equity funds.

The bulk of the tax revenues will go to schools, revitalization in communities hit hard by prohibition, drug treatment, and public education programs.

What’s Next for Weed in NY?

This is where the rubber meets the road. California’s commitment to equity has been called a “farce,” so how do we know that New York’s will be any different? The OCM and CCB are in the early stages of implementing the regulations outlined by MRTA, and Wright admitted that they don’t know when adult-use sales will start, they don’t know how cannabis consumption lounges will take shape, and they don’t know how many cannabis licenses will be given.

If the CCB is thrilled about potential revenue, Wright offered no clues, but she did note that only 10% of New York’s cities and 34% of municipalities opted out of legal cannabis sales. In a state with 11,000,000 adults, that opt-out represents a mere 118,000 residents, indicating broad and strong support for the new law. 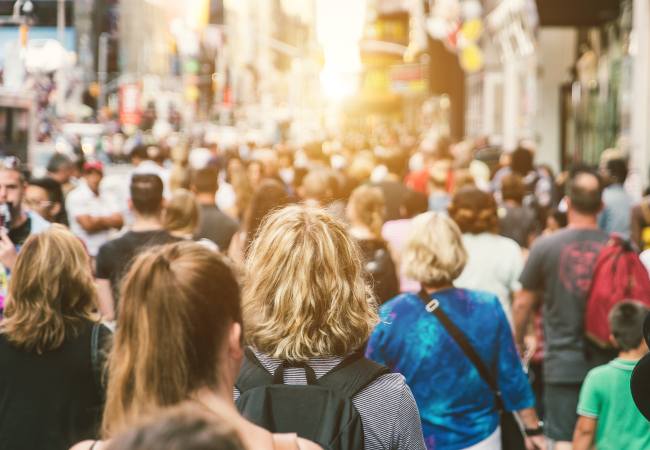 The people of New York have a large favor for the new law with their love for cannabis. photo credit

As of now, it appears that the OCM and CCB are looking to avoid the mistakes of legal cannabis states, with a strong emphasis on bringing (and keeping) illicit market consumers and legacy growers and entrepreneurs into New York’s legal marketplace, rebuilding communities devastated by punitive drug war policies, uplifting and supporting equity candidates, and public health and safety. All while making some money from consumers.

“We are working hard to implement the MRTA, but it’s critical we get it right,” Wright said. “We’re making sure we build an industry that protects the health and safety of New Yorkers while upholding equity.”

How the CCB members are shaping cannabis policy in New York is yet to be determined. Right now, it seems like the MRTA is shaping them, and given the intent of the law, this is a good thing.

Wright concluded the session by saying, “We know that New York is going to be different [from other states] because we have the luxury of watching what other states have done and avoid those pitfalls. We get to help bring illicit operators into the legal, regulated market. We’re prioritizing legacy growers, and expunging records. We want to create a stable market.” We shall see.

Drop a comment below to tell us how you think the legalized, adult-use of cannabis will play a part in New York's future. 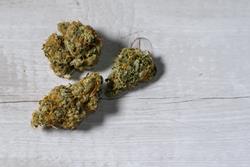 Get to Know a Landrace Strain - Acapulco Gold

Get to Know a Landrace Strain - Acapulco Gold 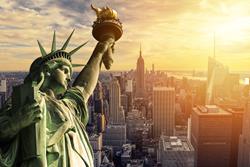