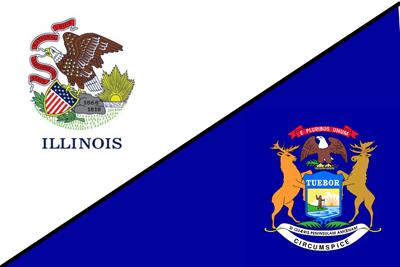 While the rivalry between Illinois’ Fighting Illini and Michigan’s Wolverines is a legendary one in the Big Ten, the battle for Midwest state supremacy between Michigan and Illinois goes far beyond football. Sports fans of a certain age are vividly aware of the hatred the Bulls and Pistons had for each other in the NBA. (Sports fans who recently watched ESPN’s The Last Dance may have an inkling of it.)

Both states were music powerhouses with Michigan creating the Motown sound while Chicago refined the electric Blues. Both also produced two rap gods that left an indelible mark on Hip Hop. Both states have their own iconic spin on pizza, and most recently, both made history by legalizing recreational cannabis in the Midwest, with Illinois following right after Michigan.

So who is winning the rivalry when it comes to legal weed in the Midwest? Has the Land of Lincoln bumped The Great Lake State from its cannabis throne? Or has the Wolverine State clawed its way past the Prairie State for pot superiority?

Keep reading to look at a comparison of the legal marijuana markets in Michigan and Illinois.

Marijuana Possession in Illinois and Michigan

First things first, how much cannabis you’re legally allowed to carry on your person or grow in your residence can matter a lot.

In Michigan, Proposal 1 allows any resident over the age of 21 to legally possess or transfer without payment up to 2.5 ounces of marijuana or up to 15 grams of marijuana concentrate. The same resident can also store up to 10 ounces of cannabis in a locked safe inside their home and grow up to a dozen plants for personal consumption as long as the greenery can’t be seen from any public place. 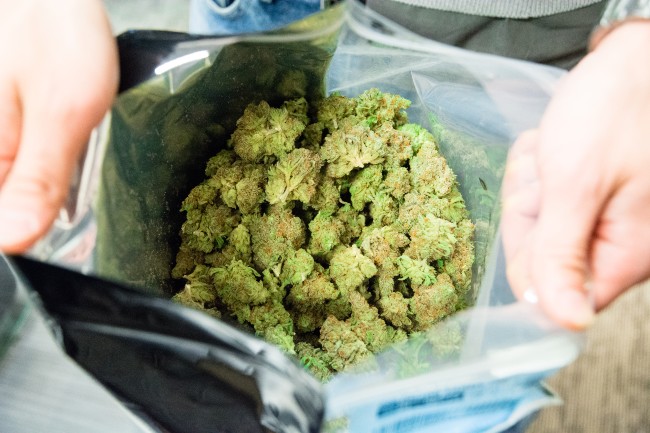 In Michigan, you are able to possess a far larger amount of weed than in Illinois.

In Illinois, HB1438, the Cannabis Regulation and Tax Act, allows any resident over the age of 21 to carry up to 30 grams of flower, 5 grams of concentrate, and up to 500mg of edibles. They also limit any citizen to growing less than five plants for personal use.

Racial equity and restorative justice must be one of the focuses of progressive marijuana laws and should be included in every conversation about legalization. When it comes to social justice and racial equity issues around legal weed, Illinois was designed to be a model for the nation.

Thirty-five percent of their cannabis revenue goes toward community reinvestment and a large portion of that is dedicated to communities of color disproportionately affected by police enforcement of the “War on Drugs.” However, when it comes to addressing the racial gap in cannabis entrepreneurship, Illinois has been lagging behind its stated goals. This issue has slowed the issuing of marijuana licenses this year as it is being addressed. 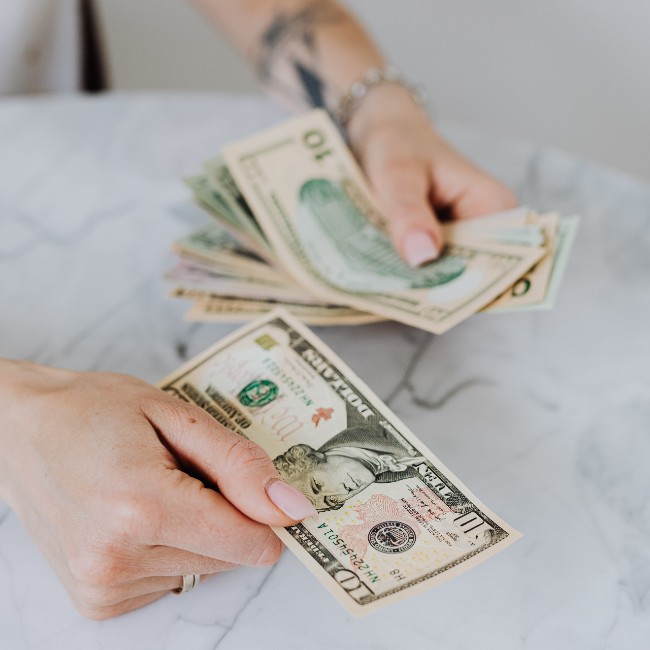 Although a portion of Illinois cannabis revenue goes to community reinvestment, it still has a long way to go in regards to addressing the racial gap. photo credit

Michigan, on the other hand, is looking into expunging marijuana convictions from criminal records through their governor, but a lot more has to be done. While the state’s marijuana licensing program has a social equity program offering discounted application and licensing fees, it’s difficult for those affected by past marijuana policies to get in. To apply, you need a medical license, which is impossible to get for anyone with prior drug distribution charges. While Michigan is working on lowering the income level qualification for those applying, the medical licensing issue won’t be fixed until late next year.

Both Michigan and Illinois have run into supply issues when it comes to keeping dispensary shelves stocked. This shouldn’t surprise anyone, since statewide weed shortages are at this point a rite of passage when it comes to legalizing recreational cannabis. Even the nation of Canada couldn’t avoid it. The moment dispensaries open on that first day of legalization, demand will almost always overwhelm supply since grows can only begin investing in expansion once the legal means and demand is there. Months or a year later, the grows have caught up with the demand, supply issues taper off, and prices begin to fall.

Illinois started the year with some major supply issues after a record-breaking first week of sales. They seem to have solved their supply issues at the moment, as evidenced by a record-breaking month of pot sales in July, but this is partially due to a slowdown in issuing new dispensary licenses. The state’s plan to issue another 130 licenses this year has been scrapped as issues of racial equity are worked out and the coronavirus pandemic has taken its toll on the local economy. 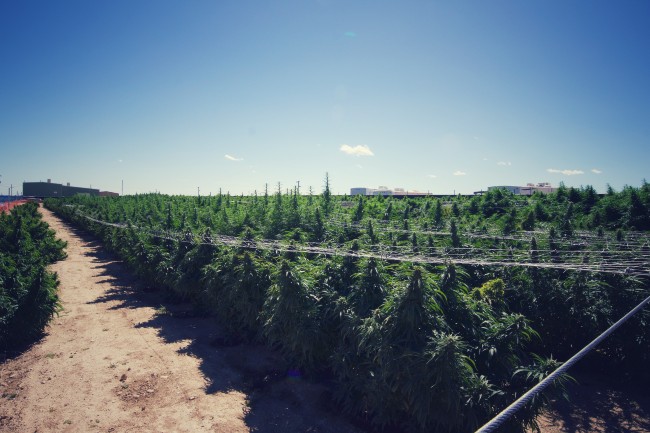 Both Michigan and Illinois have continued to run into issues with supply and keeping up with demand.

Michigan’s supply issues were surprisingly mild once they legalized. This was because of their medical cannabis program, which has been operating (sometimes in a grey area) since 2008. Caregivers were allowed to sell their excess home grow to dispensaries, which helped to bolster their supply. Things were going well until September of this year, when politicians for some reason outlawed the practice, without putting any stopgap in place. Dispensaries are starting to feel the bind of this new law since grow licenses are slow to be processed.

There’s also the issue of dispensary licensing since part of Michigan’s Prop 1 was that only business owners who were already running an established medical dispensary could apply for a recreational license. Because the law allows each city, town, and township to decide whether or not they wish to allow recreational dispensaries, as of last January only 20% of these localities have allowed pot shops to open.

Cannabis Prices at the Dispensary

Since both states have recently legalized, prices are going to be high as demand outstrips supply. However, Michigan only places a 10% tax on their pot purchases and is selling an eighth for $37 on average and $42 for high quality.

Due to the high taxes that Illinois has put on their pot sales, an eighth is selling for an average of $60 for mid-range and $70 for quality. They’re also paying more than twice the cost for edibles than in neighboring Michigan.

Of course, prices are always fluctuating in the cannabis market – even in more established states like Colorado. Since Illinois began recreational sales later than Michigan, it makes sense that their prices are slightly higher at the moment. As seen in other legal markets, prices should start coming down as more competition starts emerging.

When it comes to experience in regulated cannabis, Michigan has been operating slightly longer than Illinois in both the recreational and medical markets. Both states have some really great flower, concentrates and other cannabis products, however, Michigan seems to be ahead of Illinois when it comes to stocking shelves with great pot and avoiding product scarcity.

When one considers their longer history of medical marijuana (Illinois started their program in 2014), Michigan simply has more learned experience when it comes to the ins and outs of producing sticky, potent weed.

This isn’t to say that the caregivers and basement scientists in Illinois weren’t growing quality marijuana before legalization. However, Michigan’s medical dispensaries have been open for longer, which can mean a lot since their suppliers have had that much time to focus on perfecting their strains, and building out large grows.

Of course, there’s no need for a rivalry with these two fine states. Illinois and Michigan have legalized cannabis, which makes them both winners in the eyes of over two-thirds of the American public. Passing progressive, fair legalization legislation comes with its own learning curve no matter which state it happens in, and there are always missteps and improvements to be made. By the time the last state legalizes recreational, both Michigan and Illinois will probably have moved on from their own local cannabis cups to competing in the big leagues. Both with each other and with the rest of the world.

Which state do you think has the better weed? Make your case in the comments! 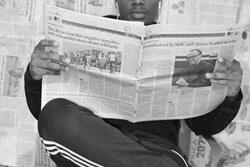 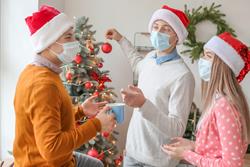