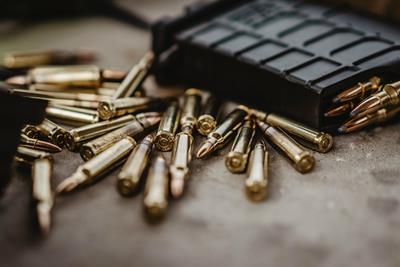 Whatever your thoughts on America’s gun culture, it cannot be denied that many Americans consider gun ownership a fundamental right. The ease of access to firearms that one can argue is a constitutional right, combined with a well-funded and highly influential gun lobby, means essentially that in America, if you want a gun, you pretty much can get one.

The statistics bear this out. A 2017 Gallup Poll estimates that there are 393 million registered firearms in America, meaning that there are currently more guns than people.

Even more surprising, half of that total amount of weaponry is owned by only 3% of the population. With numbers like these, it may come as a surprise that anyone in America over the age of 18 cannot purchase a firearm if they so desire. However, there are a few exceptions enforced by the federal government, including people with violent criminal histories, mental health issues, and patients who hold medical marijuana cards.

Why Guns are Off-Limits for Medical Cannabis Patients

The reason for MMJ patients who have followed their state’s laws in legally obtaining a medical marijuana card to be grouped into the same firearm prohibited status as violent criminals and the mentally ill dates back to the The Gun Control Act of 1968, which prohibits anyone from possessing guns or ammunition if they use or are addicted to cannabis or any other controlled substance.

An open letter from the Bureau of Alcohol, Tobacco, Firearms, and Explosives (ATF) put out in 2011 restated their position that the 1968 still stands regardless of changing societal attitudes about marijuana. The letter says that anyone who uses marijuana, regardless of state law, qualifies as an "unlawful user of" the controlled substance, and is therefore prohibited from owning a gun. 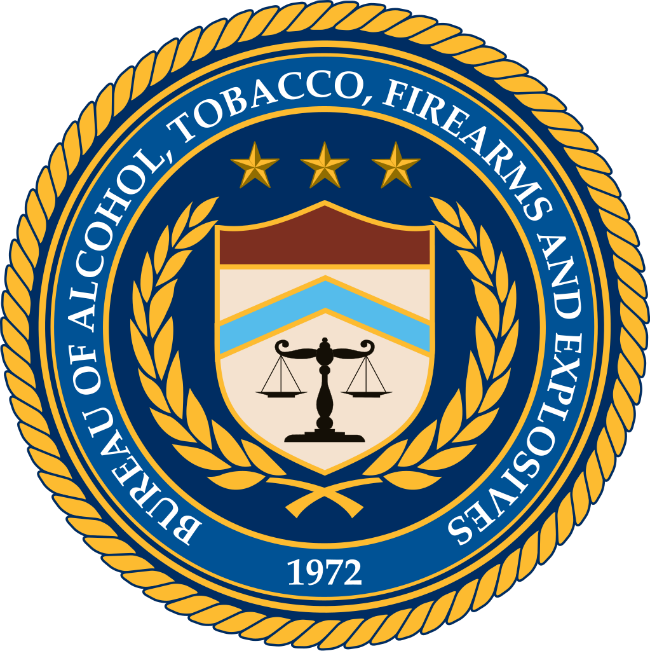 The ATF is responsible for gun restrictions on medical cannabis patients. photo credit

In that same letter, federal officials clarified that possession of a medical marijuana card served as reasonable cause to suspect the card owner of being an unlawful marijuana user, even if that person obtained the card to use marijuana by following the law.

This ruling has prevented many patients who could benefit greatly from owning an MMJ card from applying for one because they also want to buy a gun. Because their MMJ card is registered in a government database, they will be flagged in a background check as being a suspected consumer of marijuana. The only legal way the ATF will allow a medical cannabis patient to even have a gun in their home is if their spouse does not consume cannabis, purchases a firearm, and keeps it locked away with no access to the MMJ card holder.

Despite the clear legal language, enforcing the 1968 Gun Control Act in its full capacity is pretty much impossible in the age of legalized cannabis. For example, according to the federal law gun owners are not allowed to be around people who are known cannabis consumers or growers. The idea behind this was to create sentence-enhancing criminal charges for drug dealers who were packing heat. However, armed security guards hired to watch over a dispensary, money transfers from the store, or marijuana transportation throughout a legalized state are also technically in violation of the law and could be charged just for doing their jobs.

Officials in legalized states like Colorado essentially look the other way on enforcing these laws to ensure that the industry is protected. Otherwise, marijuana businesses would be sitting ducks for criminals who somehow gained access to a firearm despite the ATF’s strict regulations and clear legal language. 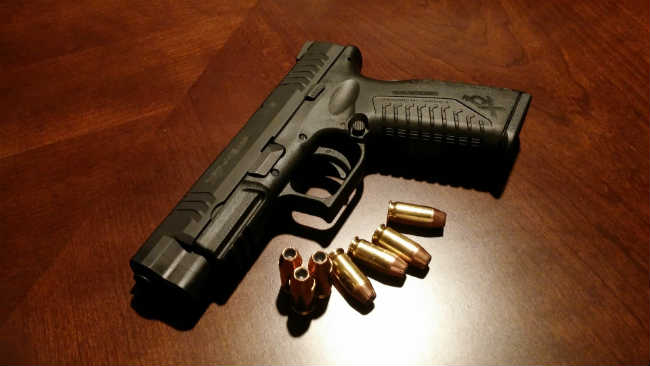 And while US federal law is clear on the necessity for all licensed firearm dealers to perform background checks on those seeking to purchase a gun, non-MMJ card-holders who smoke weed can pretty easily purchase a firearm.

Recreational Cannabis Consumers Can Own Guns, Why Not Medical Patients?

Without a conviction for any marijuana-related charges on your record, you can pretty easily smoke a joint in the morning, walk to a licensed gun shop in the afternoon, check “no” on the Are you an unlawful user of, or addicted to, marijuana or any other depressant, stimulant, narcotic drug, or any other controlled substance? question, and have your weapon in five days.

If you purchase your gun from an unlicensed firearms dealer at a gun show, as 22% of all firearm sales are conducted, you don’t even need to have the background check performed.

However, if you’re caught with a gun and are around marijuana or known marijuana producers, federal law will still come down extra hard on you for violating the 1968 Gun Rights Act, no matter what your state laws say about the legality of marijuana.

If you already owned guns prior to legalization and are applying for a medical marijuana card, the law gets very fuzzy. You will be unable to buy more guns, but so far there are no clear instructions on what to do about the guns you already have. Giving them up could open you to prosecution for having them around your marijuana in the first place.

MMJ patients have filed lawsuits in several states to try to get these regressive marijuana policies reversed. In one case filed in 2016, a federal appeals court ruled that the 1968 Gun Rights Act did not violate the Second Amendment rights of a Nevada MMJ patient who was prohibited from purchasing a firearm by a local gun store in 2011.

Most recently, a Philadelphia-based doctor named Matthew Roman filed a lawsuit against the federal government after being prohibited from purchasing a firearm from a licensed dealer in Pennsylvania. The doctor has both prescribed medical marijuana to patients and uses it himself to deal with PTSD. He was trying to buy the handgun for protection and answered the background check questionnaire honestly. His suit alleges that both his right to own a firearm and his Fifth Amendment right against self-incrimination were violated, since the federal firearms transaction form requires MMJ patients to state that they have used cannabis “unlawfully” even if it’s legally sanctioned under state law.

Despite the lawsuits filed by MMJ patients, there is little likelihood for the ATF to change their position on gun ownership until marijuana is federally legalized. However, if you are an alcoholic, you can hop in your car right now and buy that gun. You can even announce it to the licensed gun salesman on your way in – the law is (hypocritically) on your side. Hopefully we’ll see these silly paradoxes become a thing of the past as cannabis reform continue to spread and more people (especially our friends at the ATF) become educated on the actual science behind cannabis.

Do you believe medical marijuana patients should have access to firearms? Why or why not? Share your opinions in the comments below. 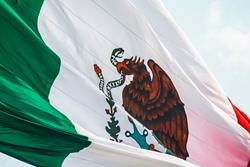 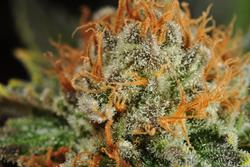