After roughly a century of demonization and eight decades of prohibition, marijuana is on the verge of reversing the oppressive fantasies of Harry Anslinger, Richard Nixon and other abstinents. "The mainstreaming of cannabis in today's society has certainly pivoted from a taboo illicit drug to now being openly discussed at dinner tables," said John Shearman, vice president of marketing and cannabis for Applied DNA Science.

Giving credit to the advocates, past and present, Shearman told PotGuide that the global community's collaboration with regulators helped establish compliance and general regulations in a growing number of regions. Shearman said the collaborations led to "Help the general public understand sourcing products from legal entities is a safer way to get quality products to consume that is not compromised from unregulated producers."

That said, the regulated cannabis market has shifted from a small offering to a range of products. A myriad of options aims to satisfy each part of the cannabis market – with its buying public so diverse that it is impossible to define a singular target audience. The expansion includes the inevitable move into luxury. While many see luxury as a necessary addition to the market, concerns over pricing, access, and the cannabis community's ethos remain.

The luxury brand brings a power, of sorts, to the cannabis space. Luxury producers often tend not to enter a space until the moment is advantageous. In the case of cannabis, the time appears to be getting closer as a rise in connoisseur products in the internal market aligns with federal policy shifts boosting outsider confidence in marijuana's future.

Producers and brands in the market are further creating the luxury sector by enhancing their productions.

Extraction technology and processes seem to update on a near-constant pace. In doing so, the market blew up in recent years. First saw commercial-scale solvent-based extraction opening up the concentrates market. Now, solventless tech is beginning to produce products extracted with zero chemicals at a commercial scale.

Applied DNA's Shearman cited the opportunity created by seed-to-sale technology in creating an opportunity to shift public perception on pot further. "The data captured within these systems allow cannabis brands to tell a compelling authentication story to end consumers based on scientific facts." Shearman added, "This all leads to an emerging market that has open transparency, full traceability and establishing trust with consumers." 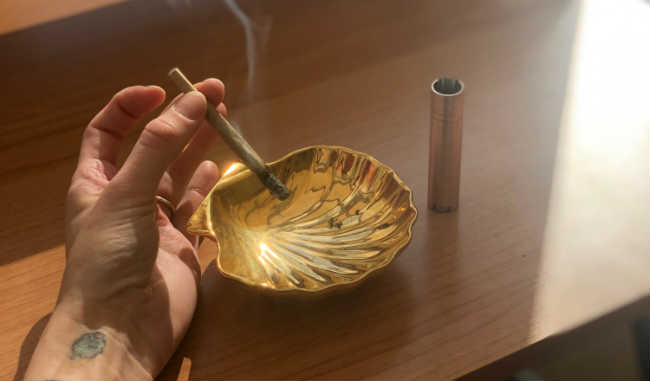 Advancements in technology and regulations have invited luxury into the cannabis space. photo credit

With the ability to add product diversity and transparency to the market, luxury products may serve as an influential change agent. While true, concerns remain over its impact on the market and cannabis ethos now and in the years to come.

How Luxury Shifts the Cannabis Market

The rising cost of cannabis is underway, forcing many out of the legal market and black to illicit options. While luxury's emergence plays a part in rising costs, it is far from the only factor. Matthew Bertoia, marketing assistant at cannabis RFID software brand StashStock, told PotGuide how regulations drive up cost while creating higher quality products. "Regulations include testing, compliance and secure transport which all have an impact to the bottom line," said Bertoia. He added, "Although having regulations drive up cannabis prices, they also ensure quality products are being produced."

Bertoia mentioned that while cannabis reform serves as an introduction to new individuals to explore. However, change can also introduce new operators to the market, who he said often have little to no experience in the space who rely on outside industry experience to run the business.

That said, outsiders are also helping advance cannabis with industry wisdom and guidance lacking in OG owners and others in the boardroom.

Price and market exclusion wasn't so much the concern, according to Ryan Lee, co-founder of Alive & Kicking CBD. Lee told PotGuide that a range of products would serve consumers of all varieties.

Instead, the CBD co-founder said his focus centers on the preferences of the outside market. Lee explained, "That shift is actively happening. But will they be able to convert people into regular cannabis users?" He added, "This dominant demographic will eventually dictate the price, and cannabis brands need to pay attention to this."

While the luxury cannabis sector may drive prices up, most in the space regard its emergence as signs of a better market. Improved regulations further ensure that consumers receive products free of contaminants. Meanwhile, tech improvements, whether they are required by law or through sheer innovation, continue to advance the market, allowing producers to create products rich in potency and, often, a full-plant profile.

What advancements in the luxury cannabis space do you think will happen next? Share your thoughts in the comments below. 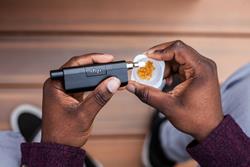