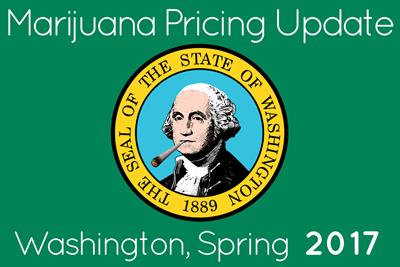 As summer continues to thrive, we’re happy to announce our first ever Washington marijuana pricing update. We’ve collected data from many dispensaries across the Evergreen State to bring you the latest pricing information.


As always, we’ve teamed up with our friends at BDS Analytics to bring you this data. Their team of experts aggregate point of sale information from Washington dispensaries to create detailed and accurate reports, painting a clear picture on marijuana prices and industry trends. Without further ado, let’s get down to the details.

Washington launched a recreational cannabis market in July of 2014 and since then, $815 million of flower/bud have been sold.

In the initial months there were relatively few retailers to meet the demand in the market and prices were astronomical. The average retail price per gram (pre-tax) of flower was a gut punching $23.28 in the first 3 months of sales (July-September 2014), in fact prices climbed 9 percent from July to August and hit a peak of $24.45 before starting the long slide downward. In March of 2017 the average gram of flower sold for $5.87 a gram, just 24 percent of where they were 31 months earlier and even lower than Colorado’s recreational market.

In the 12 months ending in March of 2017, flower sales reached $455 million, a 57 percent increase from the previous 12 months. During that time frame, prices declined 23 percent while the volume of sales jumped 105 percent. More recently, in the 6 months ending in March 2017, prices have continued the downward slide. 73 percent of flower sales are now from strains with an average gram price of $7.99 or less, some with prices down to just $2 a gram. The largest price bucket is in the $7-7.99 range which accounted for 24 percent of the sales in the most recent 6 months. During that same time the average gram sold for $6.09.

The top ten strains have remained relatively constant over time. Average gram prices for top selling strains range from a low of $4.78 a gram for Cinex to a high of $8.32 for Golden Pineapple. Across the top 10 selling strains, the average retail price in the last 6 months was $6.25, 3 percent higher than the category average.

In retail, there are two truths: 1. The customer is king. 2. It’s much easier to cut prices than to raise them. Since 2014, Washington state has produced both the most expensive and cheapest per gram average flower prices in the country (legalized recreational markets). With what are already the lowest average flower prices in the country’s recreational cannabis markets, the question is how low can it go? 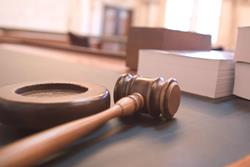 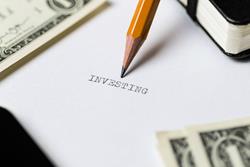