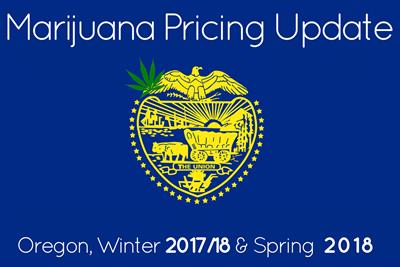 Since its beginning, Oregon’s cannabis industry has seen many fluctuations in the price of marijuana products sold at dispensaries. Prices are on the decline nowadays, in part due to some recent overproduction issues. Despite this fact, Oregon’s cannabis industry remains strong and is off to another solid year in 2018. To get you up to speed on marijuana prices over the last few months, we’re back at it with another informative pricing guide.

To bring you this information, we’ve teamed up with our good friends at BDS Analytics, who accurately and expertly aggregate data from point-of-sale transactions at dispensaries all across Oregon. BDS Analytics’ industry-leading insights help capture information that we can relay directly to you, the consumer. Now, let’s take a closer look into the most recent pricing tends out of Oregon!

Between January 2015 and March 2018, dispensaries in Oregon generated total sales of $1.21 billion. In that time, sales of loose flower/bud commanded 58 percent share with category sales of $668 million. From January 2015 through March of 2017, flower prices in Oregon remained high in relation to Colorado or Washington as the market transitioned from medical to primarily adult-use sales and implemented more stringent testing requirements. The market transition in the early years disrupted the supply chain and allowed prices to remain high.  In the recent 12 months ending March 2018, the market’s transition has stabilized and the state witnessed a dramatic uptick in new cultivators and dispensaries, the increased competition forced prices down and in the most recent three months ending March 2018, flower’s contribution to total sales fell to just 46 percent.

The shift to a majority non-flower market can partially be attributed to stronger growth in concentrates, edibles, topicals and pre-rolled joints as compared to flower, but flower pricing is also more volatile and the decline in pricing is a significant component of the trend. Between Q1 2017 and Q1 2018, the average retail selling price for a gram of flower fell 26% from $8.72 (pre-tax) to $6.47. During that time, dispensaries sold 31 percent more volume of flower but overall revenues from the category declined three percent. From their peak in late 2015, when average gram prices were $9.83, in the most recent quarter prices were 36 percent lower.

Oregon has long held a reputation for the prowess of their growers and for a market that valued premium flower. Consumers are still willing to pay a premium for the flower they love, but even the most popular strains have not been immune to the increased competition. 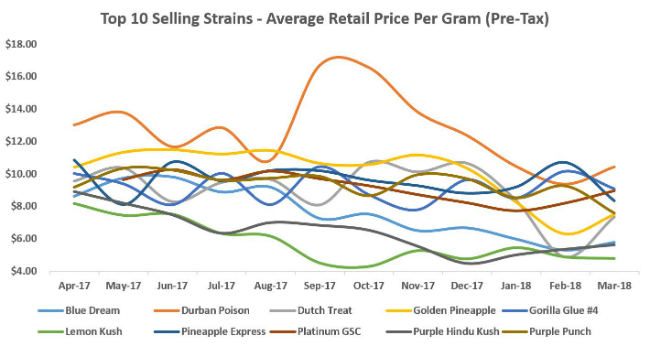 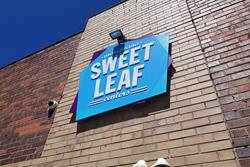 What is Cannabis Dispensary Looping and Why is it Illegal?

What is Cannabis Dispensary Looping and Why is it Illegal? 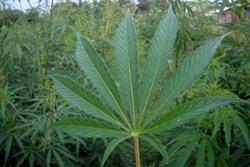