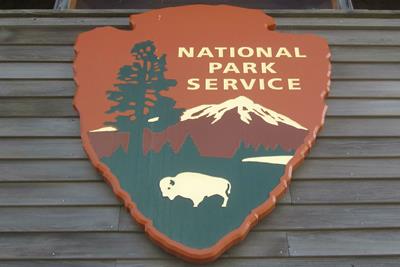 As vacation time approaches and you find yourself dreaming of the great outdoors, you may begin planning and packing for your next big outing. You might pack snowboarding gear or camping equipment, snacks and waters and, when you’re in a 420-friendly state, maybe even some dank buds and papers or a pipe to go along with it.

But there’s a problem.

You see, just because marijuana is legal in states like Colorado, Oregon and Washington does not mean it’s legal everywhere within the state’s boundaries. Public places and (more specifically) federal land still prohibit marijuana consumption. In fact, because of cannabis’s federally-illegal status, just having marijuana on federal property is illegal. This includes federal parks and forests, military property and many ski resorts because they use federally-leased land. In other words, as soon as you step foot on federal land, you might as well be back in ol’ Prohibition Town.

Prior to marijuana legalization, sneaking away to take a toke or two on federal land was different. To get high, you would need to plan your timing then duck away on a lonely trail, listen for near-by hikers and take a quick hit (or else just wait until the campfire gets a-roaring then blow the smoke there).

Today, people often mistake the legal status of marijuana with the freedom to toke wherever they like. Unfortunately, this is not the case and could result in a misdemeanor penalty including a $1,000 fine and potential jail time. Though only law enforcement rangers have the authority to enforce federal laws, park rangers with a “no tolerance” attitude can easily call the proper authorities to handle illegal marijuana consumption. Note that most park rangers will not go this far (most will only issue warnings), but some will, so it’s best to be careful.

If you decide to risk it, there are some steps you can take to reduce the likelihood of getting caught with cannabis on federal land. Though we cannot condone illegal marijuana consumption, we can recommend discretion if you do. The following tips can help.

There’s a certain appeal to the great outdoors – adventure, nature, wonder – and when you throw a little herb into the mix, the experience is all the more enlightening. Unfortunately, smoking on federal land is still prohibited and could result in a hefty fine and potential jail time. To avoid potential repercussions of illegal cannabis consumption, treat your camping, hiking and or ski trip like you would if it were still illegal because, well, it is.

Do you have any tips for discrete cannabis consumption? Tell us about it in the comments below. 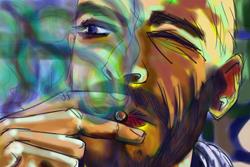 The (Very Sketchy) State of Marijuana Social Clubs in Colorado

The (Very Sketchy) State of Marijuana Social Clubs in Colorado