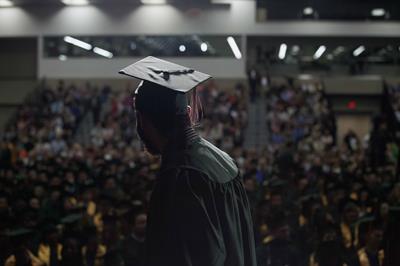 Whether it’s the pull of being independent from the parents or the freedom to indulge in cannabis legally, many college students just love to smoke the herb. Marijuana use among college students has become so popular, in fact, that it now outpaces cigarette use for the first time ever.

According to a 2014 review by the University of Michigan titled “Monitoring the Future”, 6 percent of college students reported regular marijuana use in 2014 -- a 3.5 percent increase since 2007 and the highest percentage ever recorded. By contrast, less than 5 percent of college students report the regular use of cigarettes compared to 19 percent in 1999.

There could be a few reasons for this shift in attitude towards cigarettes compared to pot. First, it is likely that fewer college-aged students began smoking cigarettes in high school – a result of preventative measures targeted to 18- to 25-year-old’s. Another likely cause may be the prevalence of electronic cigarettes, hookah pipes and other forms of smokeless tobacco; and finally, the changing perception regarding the dangers of marijuana compared to cigarettes may play a part, as well.

Other Drugs on Campus

Other dangerous drugs are down on college campuses, as well, including the use of hallucinogenic drugs (like LSD), “club drugs” (like Rohypnol, Ketamine or GHB) and inhalants. Occasional alcohol consumption is also down among college students (albeit only slightly) as is binge drinking, down by nine percentage points since 1980 and currently standing at about 35 percent.

Perhaps the only drug that has not experienced a decrease on college campuses since marijuana legalization is the use of nonmedical amphetamines. The number of college students who use amphetamines without a prescription almost doubled between 2008 and 2012 and now sits at around 10 percent of students. It has been suggested that the increase could be due to a strong desire to increase focus and stamina while improving test scores. But, given the fact that certain strains of cannabis can replace amphetamines, that could also change soon.

All in all, marijuana may be replacing many other popular drugs on college campuses, and it’s easy to understand why. Marijuana has been shown to improve creativity, reduce stress, promote sleep and facilitate bonding between romantic partners or peers. Best of all, it is a safer option than alcohol which currently accounts for 1825 deaths, more than 97,000 acts of sexual assault and almost 600,000 injuries among college students annually.

The Legality of Cannabis on College Campuses

Unfortunately, marijuana, though legal at a state level, is still illegal on college campuses because of the federal funding they receive. In order to maintain funding, college administrators must enforce a cannabis ban on campus which includes dorm rooms and off-site fraternities, sororities and other school-funded activities.

Many school administrators are taking a proactive approach by developing anti-smoking ads aimed at cannabis consumers. Using silly plays on words and incorporating cannabis into other anti-smoking campaigns, administrators hope to stop the use of marijuana on school grounds before it starts – and secure their federal funding in the process.

Preventative efforts are proving to be troublesome in legal states due to conflicting messages between state and federal law, however. On the one hand, states are busy educating consumers about safety measures when consuming cannabis while, on the other hand, the federal government is still insisting that it is dangerous and should therefore be avoided.

Because the majority of drug education funding (which is being generated via marijuana taxes) is aimed toward the K-12 demographic, many young, college-bound individuals mistakenly believe that with their college enrollment comes their right to toke, too.

But, chronic cannabis consumption right out of the gate may not be conducive to strong academic performance. According to a report released by the University of Maryland School of Public Health, substance use (and “especially marijuana use”) contributed to the prevalence of college students skipping class, neglecting studies, receiving lower grades, dropping out of school and remaining unemployed for extended periods of time. This, coupled with marijuana’s illegal status on college campuses only reinforces the school’s need for marijuana prevention measures.

Though some adjustments will need to be made to current policy in order to avoid lawsuits and costly fines (like exempting medical patients from the first-year dorm requirements), University of Colorado, Boulder spokesperson, Ryan Huff says that little else has been needed to maintain CU’s pot ban on school grounds. Because most on-campus residents are under the age of 21, there are minimal issues maintaining marijuana standards.

There’s no doubt about it: college students love to toke. But what happens when a citizen’s right to consume cannabis conflicts with their limitations as a student? Though it remains illegal to consume publically and on federally-funded property, many college students are pushing the limit anyway. But, just because it’s legal in the state does not mean it’s legal everywhere, and college campuses are working hard to remind students of that.

For those who absolutely must consume cannabis in class, marijuana training schools may be the best option, but for those looking to receive a traditional degree, it’s best to keep the stash of green off campus and out of the hands of administrators.

Do you have any experience with cannabis on campus? 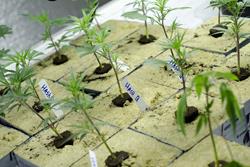 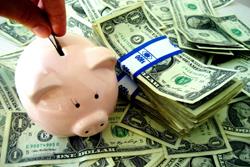 Where to Find the Cheapest Marijuana For Your Buck

Where to Find the Cheapest Marijuana For Your Buck