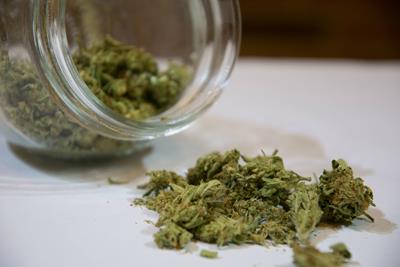 It has been suggested that cannabis is a “gateway drug” since Robert DuPont, former Director of the National Institute on Drug Abuse (NIDA), first coined the term back in 1980. But the concept has been theorized since the 1930’s as something called “stepping stone theory.” The idea is that the use of certain psychoactive drugs serves as a precursor to other more dangerous drug use.

The Gateway theory is based on the observable fact that first-time drug use follows certain trends. For example, someone is much more likely to try alcohol before trying heroin rather than the other way around. Though it is difficult to imply causation based on these trends, many have speculated that a growing acceptance of cannabis will inevitably lead to an increased acceptance and use of other, harder drugs.


Validity of the Gateway Myth

When comparing the effects of substances like alcohol and cannabis, it’s easy to see why marijuana use seems to be fairly benign – stoners typically aren’t as aggressive or impulsive as those under the influence of alcohol, and tend to be better drivers, too – but when you throw in the fear of harder drug dependency as a result of its consumption, cannabis suddenly becomes scary again. Hence the prevalence of the “gateway drug” myth.

Back in the early 80’s, our government declared a “war on drugs” and used the term “Gateway Drug” to highlight the (pretend) perils of cannabis consumption. The theory worked well with Nancy Reagan’s “Just Say No” campaign, as it underlined the notion that all drugs are bad and that they should be avoided at all cost. It’s important to note, however, that this did not include pharmaceutical drugs which were still being advertised to the public at the time.

Why is this important? Because the public perception of a drug plays a major role in determining whether it will be used as a stepping stone to harder drugs, too.

Vilifying cannabis as a dangerous street drug as opposed to a valid form of medical therapy may play a major role in determining if it is, in fact, a “gateway” to harder substances.

The Real Gateway to Hard Drugs

As the most widely used illicit drug in the world, cannabis consumption will obviously come before the use of harder drugs in many cases (hence the popularity of the claim that cannabis leads to harder drugs), but research suggests that tobacco and alcohol use typically predates cannabis use in the first place, suggesting that these may actually be the “gateway” (or one of them, at least) to recreational drug use.

According to statistics, tobacco and alcohol are the real gateway drugs. photo credit

Drug use trends also suggest genetic and social factors play a role in drug usage and adoption. According to a study published by the American Psychological Association, children with parents who consume drugs (licit and illicit), children who have friends who use drugs and children who have generally positive experiences with drugs are more likely to move on to harder drugs, whether or not they started with cannabis. Involvement in extracurricular activities and healthy peer relationships have shown a countereffect.

A final theory, and perhaps the most likely, is that a person’s mental state is the biggest predictor of adult drug use. For example, if a teen is faced with high levels of stress and finds comfort in a substance, he or she is more likely to turn to substances in future times of distress, as well. When young people are not given coping mechanisms, they are more likely to self-medicate with drugs, alcohol and other dangerous activities.

Because cannabis has a wide range of therapeutic benefits, it can help reduce both the need and the risk of dependency on other drugs. This is especially promising when we consider the American opioid epidemic which is currently taking over 15,000 lives each year. Cannabis can also help curb withdrawal symptoms from substances like alcohol and heroin, thus reducing the chance of relapse.

In other words, if cannabis is, in fact, a “gateway” drug, then it’s a gateway drug to better health.

The “gateway” or “stepping stone” theory is a tough one to prove because drug use trends do not prove causation. Because millions of people consume cannabis without consuming other, harder drugs, it is likely that cannabis itself has nothing to do with the likelihood of future drug use. In fact, the more likely determining factor is the use of alcohol and tobacco (both of which are legal) and the social environment from which a person was brought up.

Do you think cannabis is a gateway drug? Why or why not? 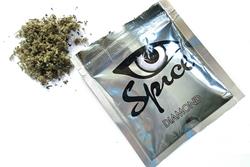 Too Much Spice: Exploring the Long-Term Consequences of Synthetic Marijuana

Too Much Spice: Exploring the Long-Term Consequences of Synthetic Marijuana 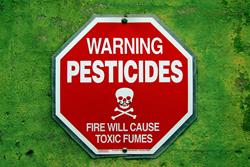