As cannabis legalization continues to spread across the country, law enforcement agencies are struggling to learn how to figure out if consumers are getting behind the wheel stoned. A device to evaluate someone’s alcohol sobriety has been around since the early 1930s (its earliest name was the “Drunkometer”). This paved the way for the breathalyzers that we are familiar with today and that law enforcement has been using since 1940.

Breathalyzers don’t directly measure blood alcohol levels, which can only be achieved through a blood sample. What they do is make an estimate by measuring the amount of alcohol in one’s breath, the results of which are often used as evidence should a defendant appear in court. Currently, there is no such device for cannabis that can accurately measure whether or not a stoned driver is an impaired driver. However, a number of groups are looking to change that. Will there ever be a “breathalyzer of weed?” Let’s take a look!

Consumers, researchers, and law enforcement alike know that THC metabolites can linger in the blood for days or even weeks – depending on personal biology and frequency of consumption – which renders testing the metabolite practically a moot point. The most accurate test for cannabis impairment thus far is a blood test, which is impractical for officers on patrol and requires additional training. So what’s on the horizon for the cannabis breathalyzer? Has anyone been able to figure this problem out?

Researchers at the University of Texas at Dallas are on it, and about a year ago presented their work on a rapid response field-deployable biosensor that can detect and quantify THC in saliva, at this point thought to be the most accurate method because it more closely correlates with THC levels in the blood. The test from the Dallas researchers comprises two THC sensor strips that contain two strips coated in an antibody that binds to THC. Saliva is introduced to the sensor strip and then inserted into an electronic reader, which can then measure the concentration of THC in saliva. 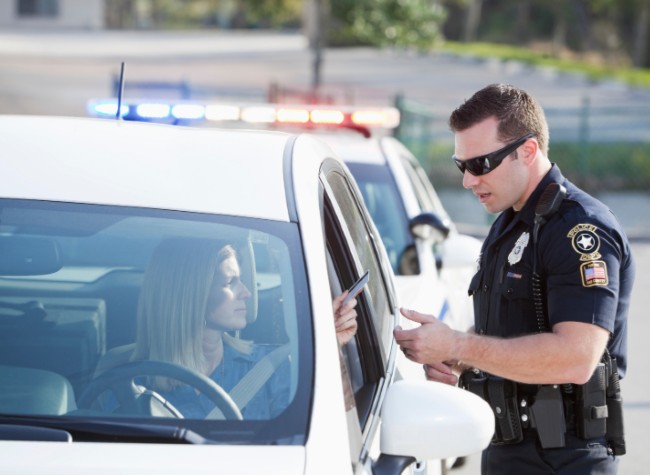 The biosensor from the University of Texas at Dallas would allow for accurate, on-the-spot saliva testing. photo credit

The advantage of this application is that it can report both high and low concentrations of THC, and the test has demonstrated that it can determine THC levels between 100 picograms per milliliter to 100 nanograms per milliliter – considered to be a range of impairment. Because the researchers are based in anti-cannabis Texas, they have not been able to test subjects in the field, though law enforcement has expressed interest in the test.

One company that has been working on developing this technology for several years is Oakland California-based Hound Labs, a company backed by $65 million in venture-capital revenue to develop a combination alcohol/THC breathalyzer. The Hound technology is a mini mass spectrometer, which measures the mass and concentration of specific molecules. Theoretically, their device will capture and measure THC in the breath to determine if someone has been consuming cannabis in the two to three hours prior to the test being administered.

Problems with Road-Testing for Weed

However, there are more than a few stumbling blocks in the way to developing an accurate technology. 1) it has not yet been determined how other cannabinoids might alter a test’s results; 2) it is proving difficult to develop a test that can test a level of impairment rather than a time frame for consumption, and 3) there is little formal research that shows how cannabis may impair driving (a majority of consumers report that cannabis consumption does not impair their driving at all).

The last of that list seems to be particularly difficult to determine, as the Thurston County Sheriff’s department found out when they tested high drivers’ skills in a controlled setting. Spoiler alert: tolerance played a large role; some consumers far over the limit had no trouble passing the driving test. 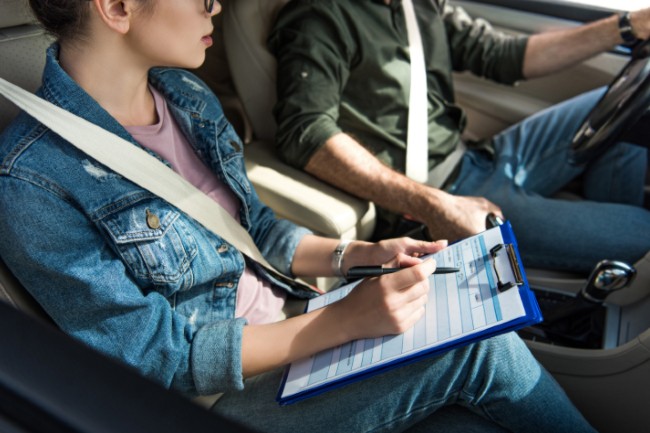 When testing high drivers, results can be mixed due to varying tolerance levels. photo credit

One technology being utilized in states like Michigan, Alabama, and Oklahoma is the Abbott SoToxa, a rapid mobile drug test that uses an oral fluid swab inserted into a handheld breathalyzer that can determine whether a driver has recently used cannabis or any other substance like cocaine or methamphetamine.

But even the SoToxa test can’t determine how stoned someone might be behind the wheel, only that they’ve had cannabis recently. That’s why some states like Colorado are employing Drug Recognition Experts, specially trained law enforcement officers whose job is to do just what their title implies, determine impairment.

Will Cannabis Breathalyzers Become the Common?

With no breakthrough using the breathalyzer technology as a launchpad, some scientists and researchers are looking at alternative methods, including developing cognitive assessments as field-sobriety tests for cannabis-impaired driving, developing a field-sobriety test specific to cannabis, and the development of virtual-reality-enabled eye-movement sensors.

But there are a lot of firms trying to figure out how to measure impairment accurately. Some others chipping away at the problem are researchers at the University of Pittsburgh, drug-testing company Lifeloc Technologies, SannTek Labs, and Canadian company Cannabix in partnership with the University of Florida and the University of British Columbia.

Given all the research and money being directed toward the development of these technologies, it’s fairly safe to assume that some device that will accurately measure cannabis impairment could be coming soon, and will likely one day be as ubiquitous as the alcohol breathalyzer. Stay tuned.

What are your thoughts on cannabis breathalyzers? Share in the comments!