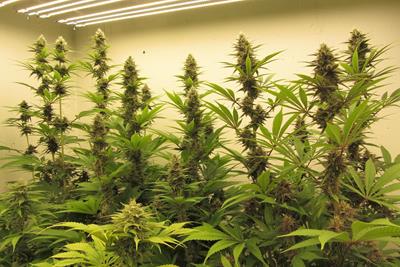 Though cannabis legalization victories across the U.S. seem to hog the spotlight, quietly and seemingly behind the scenes, some countries and territories around the world have been making steady progress on cannabis reforms. Germany, Mexico, Uruguay, Georgia, Malta, and Canada to name just a few. Now add to the ranks Malawi in South Africa, whose parliament legalized the cultivation and processing of cannabis for industrial and medicinal uses (but did not decriminalize recreational consumption) in February 2020.


Though cannabis reform is recent to Malawi, we bet the word Malawi is already ringing a bell. That’s because the country — long before it deemed cannabis as legal —  is a prolific growing region that produces one of the more famous and well-known strains out there. Known as Malawi, or sometimes Malawi Gold, this potent sativa strain (usually 14-24% THC) is lauded for its complex flavor profile and cerebral and intense high.

What is it about Malawi that makes it so popular with consumers? Let’s get to know a landrace strain.

What is the Malawi Landrace Strain?

Malawi is a pure, 100% Sativa landrace from the Salima Region of Malawi, with THC percentages ranging from 14-24% and CBD weighing in at about 1%. Growers report that it grows tall and takes longer to grow than most sativas, about 9-11 weeks, and grows heavy buds covered in resin. The high is reported to be very strong, cerebral, and even somewhat psychedelic in its effects.

The top words to describe the effects of Malawi (or its other names like Malawi Gold and Malawi OG) is energetic, followed by uplifting and euphoric. Its high grabs on immediately and may heighten your senses. Some consumers have described visual and auditory distortions - which may contribute to its more psychedelic effects. Given its energetic and creativity-enhancing effects, Malawi could pair well with outdoor activities like hiking or a day at the beach.

While Malawi may provide a boost of energy and creativity, it may also have some side-effects like dry mouth, dry eyes, and dizziness. For more medicinally-minded consumers, it’s thought that Malawi may have some therapeutic benefits for depression, anxiety, stress, headaches, fatigue, and nausea.

Growers say that malawi has very fragrant lemon and earth top scents with a sour undertone. The inhale is earthy and flowery, with a woodsy and sweet exhale.

For cannabis green thumbs interested in trying their hand at growing Malawi, you’ll need a lot of room and time since Malawi grows tall and takes longer than most sativas. But it’ll be worth the wait. Because of its hearty landrace genetics, it is a resilient strain strongly resistant to mold and mildew. It can also grow in a variety of climates and temperatures.

Malawi, also called Malawi Gold and Malawi OG, is a potent and pure sativa landrace strain from Malawi in Southern Africa. Consumed for its energetic, creative, and uplifting effects, Malawi is a beloved strain because of its reported therapeutic benefits for conditions like depression, anxiety, and stress.

What is the Strongest Sativa Strain in the World?

Though Malawi is known as a pure and potent sativa, it doesn’t crack the top ten list of strongest sativas, which includes Green Crack, Durban Poison, Amnesia Haze, and more.

Is Malawi a Landrace strain?

Why yes, it is. In short, landraces are cannabis varieties that are adapted to their particular environment. In the case of Malawi, it is the Salima region of Malawi.

What is the Rarest Strain in the World?

That depends. A strain could be rare because it is in high demand and hard to find, or perhaps it’s rare because it’s difficult to grow or won’t grow well in regions outside of their place of origin. Though some say that Malawi is a rare strain, others might argue that if you can find it at a dispensary or grow your own, then it’s not very rare at all.

Have you tried Malawi? What did you think? Share your experiences in the comments below! 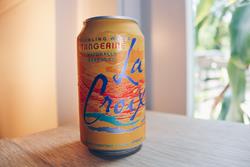 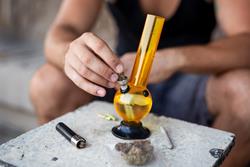