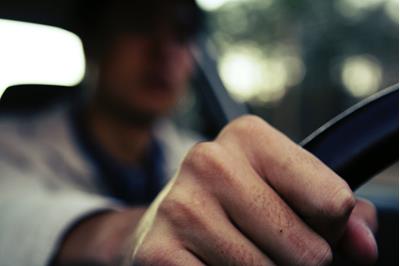 Growing acceptance of national marijuana reform has many concerned about the safety of our streets. Cannabis opponents frequently state that legal marijuana would reduce public safety by allowing more stoned drivers. For those who rarely or never consume cannabis, this idea can be outright terrifying; we know how dangerous drunk driving is so it only stands to reason that an increased number of people driving under the influence of marijuana – or anything for that matter – would decrease safety on the road.

Pot-Positive Drivers Are Not Necessarily Dangerous

According to a slew of recent publications, 420-friendly states have witnessed an uptick in the amount of fatal crashes involving marijuana. Looking at the research by the AAA Foundation, many opponents claim this as proof that marijuana legalization has reduced public safety, but blood test results are only raw numbers and do not account for active THC in a driver’s system. Instead, they test for THC-COOH or inactive THC metabolites, not active THC.

Blood tests are currently the only method available to screen for active THC but they are invasive, expensive and time-consuming. During the time it takes to draw blood (serving a warrant and transporting the individual to a facility), it is likely the THC level will drop to a permissible level making these tests a less-than reliable method for tracking and stopping marijuana-impaired drivers.

Because of the many factors that go into determining marijuana’s effect on different individuals, setting a standard limit does not work the same as it does with alcohol. For example, someone who’s smoked heavily for years could smoke a half of a gram at once and be fine to drive, while new or infrequent smokers may not be safe drivers after even a single toke. Lawmakers who initially passed the five nanogram limit were likely novice users who based the limit on their personal, limited experience with the product.

Some news stations have conducted their own investigations to determine marijuana’s impact on driving. A few years ago, Fox 31 News aired a story which seemingly proved marijuana to have a major impact on reaction time and overall driving skills. Unbeknownst to them, volunteer Max Montrose, president of Trichrome Institute, simultaneously conducted his own investigation during which he tested the validity of Fox 31 News reporting. Not surprising to him, Fox failed to deliver accurate information to the public further perpetuating the notion that marijuana makes dangerous drivers.

But is that really the case?

According to a CNN report, researchers funded partially by the federal government found that drivers under the influence of cannabis often “drive more cautiously to compensate for impairing effects, whereas alcohol-influenced drivers often underestimate their impairment and take more risk." Marijuana-induced drivers tended to drive more slowly and switch lanes less frequently than drivers under the influence of alcohol and were therefore less likely to be involved in an accident, though they did note that drivers under marijuana’s influence tend to have more tunnel vision and would swerve within the lane more frequently than sober drivers. Reaction time also tends to be slowed which could be problematic on the road.

Just because more people are testing positive for trace amounts of THC does not mean they were impaired at the time of the accident. Marijuana can remain in a person’s body for as long as a few months after cessation, testing for metabolites is an inaccurate way to determine public safety and, quite frankly, a waste of time and resources. These tests do not indicate an increased risk on the part of the driver, they only show whether or not a driver has consumed cannabis in his or her recent past.

As marijuana reform takes hold, more people will begin consuming cannabis – that’s the point – but that does not mean cannabis consumers are inherently dangerous, just that their drug of choice is one that tends to hang out in the system longer. 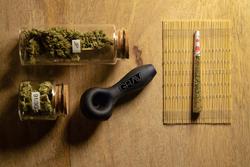 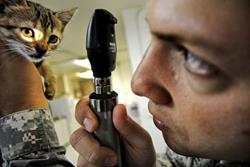 How to Help Your Pet With CBD

How to Help Your Pet With CBD