It also signals the official full-tilt entrance into what could become a billion dollar a year business for the country. The Canadian government is currently putting the final touches on regulations while local jurisdictions do the same.

Deloitte projected a market potential of $22.6 billion per year for cannabis alone, sans its ancillary products. A November 2016 report from the Canadian Parliamentary Budget Officer projected the market could become a $5.5 billion per year industry. The report acknowledged the upward trajectory of the market - noting,

"Production costs for the legal industry are expected to decline, creating space for government to collect a portion of the cost savings without increasing the legal retail price. Further, a potential consumer shift to more value-added cannabis products could create a larger tax base. Finally, as the legal market becomes more entrenched, more Canadians may opt into the legal market, resulting in higher revenues."

The report goes on to note only a few factors, namely a supply shortage, that could result in lower earnings. In addition to the sales potential, Canadian officials cite the current law’s failure for the change. Though, officials prefer to highlight crime reform and health as the reasons for the legalization of adult use. Yet, as banner achievements as they may be, there’s no overlooking the potential of Canada’s recreational marketplace as the prime driver of the news.

The real money maker for Canada could be its already booming medical marijuana export sector. The country already exports to some countries, and sees ample opportunity to forge relationships in additional foreign markets.

The rise of the market has been rapid, even by cannabis standards. With medical marijuana in demand, for both dried and oil products, Canada’s cannabis exporters have become a prime supplier.

One of the first licensed companies in the country, Tilray, is also reported to be the first legal exporter after shipping cannabis oil to Croatia in June 2016. In total, Canada issued 43 cannabis export permits over 2016. Numbers for 2017 aren't available, though 75 were granted as of July 20, 2017.

Canopy Growth, one of the country's notable cannabis producers, already exports to Brazil and Germany. Meanwhile, Aurora Cannabis Executive VP Cam Battley explained, “Canada more broadly is a leader in the cannabis industry. That gives us a lot of potential power in other markets.” The country’s standing in the burgeoning industry empowered Aurora to plan a "significant" presence in Australia. Mergers are already happening across nations with Aurora acquiring nearly 20% of Australia's first licensed medical cultivator, Cann Group.

Businesses across the country now have footholds in the global market, capitalizing on the demand which could only grow more substantial in the coming years. While the market booms, it should be noted that this corner of the industry represents less than 1% of Canada's sector's earnings.

The Growth of Cannabis Tourism

In addition to adult use, Canada is a relatively popular destination for business and sightseeing. In 2013, the country saw 16.6 million inbound overnight visitors, resulting in $16.4 billion in spending. While tourists visited popular destinations like Ontario, British Columbia and Quebec that year, other provinces are taking steps to market themselves as cannabis friendly as well.

Western province Alberta is considering a law to allow cannabis smoking in hotels. The move is aimed to give the area an advantage over other locations where tourists have to find cannabis-friendly hotels or Airbnb arrangements. As an already popular destination for major cities and Banff National Park, Alberta sees itself gaining an edge. While not all hotels would need to participate, the lure is appealing to many in the province.

Meanwhile, neighboring province British Columbia plans on leaning further into its reputation as Canada's cannabis destination – with some noting it as part of the local fabric already. Officials expect additional tourist gains via docked cruise passengers, additional smoking lounges and the potential for further expansion into public consumption at coffee shops – which is currently limited to vaping. With marijuana already a draw to locals and tourists alike, B.C. and Vancouver, in particular, could become North America’s closest comparison to Amsterdam.

How America is Missing Out

Even though a rising number of states have adopted progressive cannabis reform, America is missing the marijuana green rush domestically and abroad due to its federally illegal status.

In regard to partnerships with Canada, nothing can be legally approved as long as the U.S. classifies cannabis as an illegal substance.

This further bars Canadian companies from officially conducting business with American entities, though workarounds via investments are possible.

The United States could benefit from the sizable capital Canadian enterprises have. In comparison to American businesses, Canada’s marijuana entities could provide vital expansion opportunities for U.S. enterprises. However, any plans are on hold as companies wait on the legal status in the States. Any Canadian business that enters the space now risks harming any potential good standing with American federal officials in the years ahead when expansion appears more feasible.

With Attorney General Jeff Sessions meeting with anti-marijuana physicians and rescinding the Cole Memo, AG Sessions remains opposed to any changes. Sessions’, and occasionally President Trump’s, views on cannabis could stifle an American market that could reach $28 billion per year in tax revenue.

Come July, Canada could be seen as the Great Green North of the global marijuana market. The demand for cannabis is likely to grow with more countries across the globe pushing for research into medical and recreational usage. Any nation short on production could come knocking. While the U.S. seems likely to not move forward federally until at least 2020, Canada stands ready to drastically alter outlooks for the nation and its citizens thanks to cannabis.

What do you think of Canada’s emerging cannabis industry? Share your thoughts below! 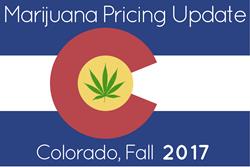