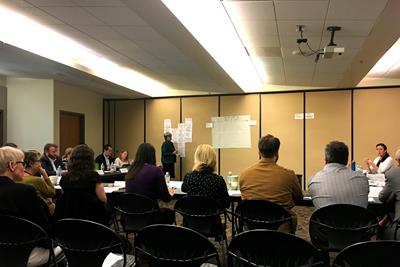 Amidst the noise and confusion of the Trump administration and potential marijuana crackdowns, business is as usual in Colorado. As a forerunner of the marijuana industry, Colorado is at the peak of progression, setting its sights on becoming the first state to allow the social consumption of marijuana.

High up (no pun intended) in a fourth-floor city municipal building conference room, a mixed bag of influencers and advocates known as the Social Consumption Advisory Committee (SCAC) have assembled to iron out the stipulations behind initiative 300, otherwise known as the social marijuana use bill.

Initiative 300 was passed by Colorado voters in November 2016, making cannabis enthusiasts anxious for a roll-out. Social cannabis use is certainly an exciting concept, but Colorado lawmakers want to be sure that implementation is done correctly, effectively and safely. So, how far are we away from seeing the first social marijuana use in businesses across Colorado? Unfortunately, the answer isn’t entirely concrete.

The PotGuide Team sat in on this week’s social consumption meeting to see the progress being made and bring you the most up-to-date details on how the legislation is coming along. To our surprise, what we experienced within the meeting was quite interesting. Entering the room to a professional forum layout, we were excited at the prospect of learning and hearing from key influencers of the initiative. However, when the meeting commenced, we felt as if not much progress was being made. Both sides of the argument are passionate about making sure social marijuana use is a safe and effective measure, which means every detail must be thoroughly discussed and debated.

Because of the attention to detail needed to iron out the final touches of the legislation, a timely implementation is probably a pipe dream. This isn’t necessarily a bad though.

It is evident that Colorado is making an effort to introduce social consumption thoughtfully and effectively, but it is very difficult for both sides to come to a solid agreement.

What makes it even more challenging is the fact that no other states have created for social marijuana use. Colorado is a pioneer in the cannabis industry, leaving the SCAC to travel down an unbeaten path. The positive? We can rest easy knowing lawmakers are doing their best to leave no stone unturned. Their thoroughness will undoubtedly lead to a smooth rollout once social consumption hits Colorado.

Let’s move on to what actually was discussed during the meeting. On the docket were: issues of insurance, permits, training, ID checking and most notably, the definition of open and public consumption for how to operate effectively as a social marijuana use business.

In regard to insurance, permits and ID checking, there were several ideas tossed around. First, the panelists discussed the validity of requiring businesses who apply for social consumption to have liability insurance. There was seemingly equal support on both sides, making for some insightful back-and-forth. Permits and training were pretty self-explanatory (as they are necessary aspects of compliance) but when ID checking came to the table, the panelists had a tough time reaching an agreement.

A strong case was made to regulate ID checking similar to marijuana dispensaries, meaning everyone is carded at the door. Some panelists thought that was though, claiming a burden on businesses and their employees. Both sides made great points but again were unable to come to a solid agreement or compromise, although there are certainly some great points on the table to choose from.

The discussion surrounding the definition of open and public consumption stole the show, taking up the majority of the meeting. An interesting debate ensued indeed as panelists staked their claims for how open and should be defined. Again, many good arguments were made for how to properly regulate where cannabis can be consumed socially, but in the all matters were tabled for next time. While we did not witness much decision making occurring. There were many moments of progress and constructive discussion.

For anyone eager to start consuming marijuana socially, you’ll want to reign in your excitement. Don’t get us wrong, we’re looking forward to it too, but the implementation process is proving to be a challenge. Lawmakers are taking their and for good reason.

A rushed and sloppy implementation of social marijuana use could spell havoc for the marijuana industry.

Perhaps the easiest solution to this problem is to view marijuana in the same light as alcohol. A comparison between alcohol and marijuana was lacking from the SCAC’s discussion, inhibiting them from drawing the simple conclusion. Regulating marijuana like alcohol would take the labor off of the lawmakers and allow them to adapt from existing regulations rather than build from the ground up. We’re hoping they make that connection soon. Until then, we’re left waiting to see what agreements they can come up with. Whatever they decide, we’re hoping it’s soon!

How do YOU think social marijuana consumption should be regulated? 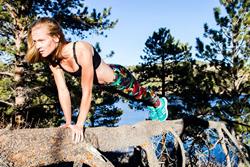 Burning Calories: How Cannabis and Exercise Make a Great Pair

Burning Calories: How Cannabis and Exercise Make a Great Pair 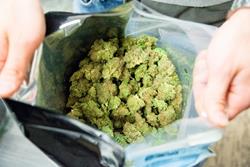 Recreational Marijuana Dispensaries 101: What to Expect on Your First Visit

Recreational Marijuana Dispensaries 101: What to Expect on Your First Visit