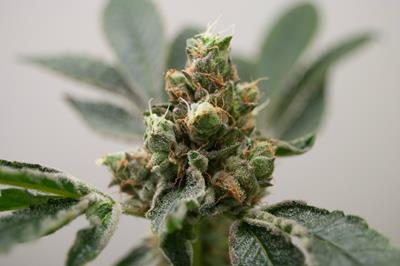 Colorado is pioneering marijuana reform which is both awesome (yay, weed!) and kind of a buzz kill at the same time. On the one hand, Colorado has shown the rest of the nation how beneficial marijuana reform can be for the economy, the community and the family; on the other hand, all eyes are on us as we pave the way toward sensible marijuana policies making it a bit tricky to establish regulations that suit everyone.

Is Cannabis Too Potent?

One common concern from the marijuana opposition is regarding the potency of today’s pot. An article published in CBS News last month stated that cannabis potency is as much as three times what it was in the 1970’s with an average THC content at around 20 percent. This, many purport, is reason enough to establish limits on cannabis potency. But if a proposed ballot initiative to limit recreational cannabis to a potency of 16 percent (and edibles at 10mg single-servings) goes through, the industry could take a major hit.

Though it is nearly impossible to overdose on even the most powerful cannabis, many fear high potencies could be detrimental to the developing brains of our youth. This is especially concerning given the increasing number of minors who are hospitalized after consuming cannabis products.

The “Think of the Children” Argument

But the whole “think of the children” argument does not help our fight for reform. Yes, children should be protected from cannabis products and yes, ingesting potent cannabis can cause some pretty powerful (oftentimes scary) sensations to the unsuspecting consumer, but Colorado’s Marijuana Enforcement Division (the MED) has already taken steps to reduce minor exposure. Currently, they require cannabis products to be clearly labeled with their contents/dosing instructions, to be sold in child-resistant packaging and (of course) to never be sold to minors without written consent from a doctor. Cannabis products must also feature a stamped diamond shape with the letters “THC!” on all products and packaging as a warning to consumers.

And cannabis manufacturers are the only ones required to do all of this. Alcohol manufactures need not sell their products in child-resistant packaging nor must they limit their potency in most places. Drug manufacturers also have significantly fewer restrictions on the packaging and advertising of their products -- and don’t even get me started on cleaning supplies which are notorious for poisoning children!

A Solution in Search of a Problem

So why must cannabis be so carefully scrutinized? Many say it is to protect the children from the perceived threat of brain damage and lack of motivation, but cannabis products are not marketed to youth via the legal industry and no legally-established marijuana business sell to them. But there is an industry who will, and it’ll only gain more traction if these limits take hold: the infamous black market.

As someone who tokes on the regular, I can attest to the fact that some people need potent cannabis to feel its effects. Rather than smoking more (which my lungs hate), I prefer to consume highly potent cannabis products – even if the price tag is a bit higher. Like myself, many cannabis consumers prefer potent pot and will likely turn to the black market to fill that void if legal businesses won’t do it.

That’s not to say that legal businesses shouldn’t be closely monitored and regulated. It is important that products be labeled with accurate dosing instructions -- especially due to the differing effects between smoked, ingested or vaporized cannabis products – but limiting what the industry can do while allowing personal cannabis cultivation will only fuel black market activity. Limiting the THC content of cannabis flower and other products would be counteractive to the movement and a bad example for other states soon to follow.

Colorado’s MED is trying hard to appease everyone which is proving hard to do. Now, in an attempt to quiet the concerns of conservative worry-warts, they may limit cannabis potency to only 16 percent THC. What would happen to the industry if this goes through, however (and all of those poor plants that test higher than the limit), is something I’d rather not discover.

Do you think it’s wise to limit the potency of pot? Why or why not? 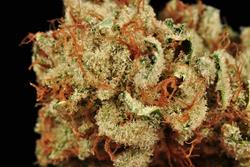 Marijuana Ratios 101: What is an Eighth?

Marijuana Ratios 101: What is an Eighth? 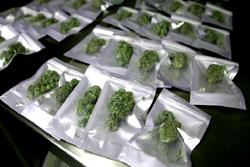