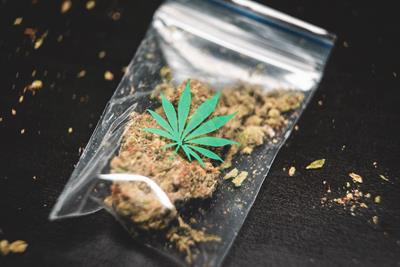 On May 31, 2019, [Insert New York or New Jersey] became the first state to legalize adult use cannabis through its – Wait, it wasn’t New York or New Jersey? It was Illinois?! That’s right! After all the hubbub over which East Coast state would become the 11th to legalize adult use cannabis, both dropped the ball. Meanwhile, the Prairie State was glad to pick up that fumbled NY/NJ area football and take it to the house for a social justice and legislative touchdown for the Midwest. While fumbling by both New York and New Jersey couldn’t have been expected by many, anyone who watched the Giants or Jets play this past season could have foreseen this massive dropping of the ball.

Jokes aside, Illinois should be heralded for becoming the 11th state to legalize adult use cannabis laws. The state will also go down as the first to pass a legalization bill through the legislature that includes language for the sale and taxation of cannabis products (Vermont passed recreational possession and consumption via the legislature, but no sales). Illinois’ legalization bill isn’t just one that marks expanded cannabis use. It is one that touches upon core tenants of reform. They include criminal justice reform, social equity and revenue distribution to areas of concern in the state.

With the law and sales going into effect January 1, 2020, here are some of the key parameters of The Cannabis Regulation and Tax Act people should know about before it goes into effect:

People 21 and over will be legally allowed to purchase and possess cannabis products. Once the law goes into effect, adults can have up to 30 grams of raw cannabis as well as five grams of concentrates. Any infused products must contain, at most, 500 mg of THC.

Qualified medical cannabis cardholders will be allowed to grow up to five of their own cannabis plants at home. The cap applies to a per household basis. No house can have any more regardless of the number of its occupants. Growers cannot sell their crops unless they operate a licensed business.

The Cannabis Regulation and Tax Act also addresses criminal justice and social reform. The war on drugs crippled the lives of too many, harming families and neighborhoods in the process. The Cannabis Regulation and Tax Act aims to reverse some of the wrong done by this era. Under the new law, the state plans to expunge marijuana convictions up to 30 grams. The Governor's clemency process will be used with an automatic effect. Those with marijuana convictions of quantities from 30 to 500 grams can have their sentence petitioned by themselves or the state's attorney. It is believed that 770,000 people will be impacted by this rule.

Illinois' legalization bill seeks to reverse some damage done by the war on drugs. photo credit

Concerning social equity, Illinois’ cannabis legalization bill establishes benefits to help return the formerly convicted and those affected by the drug war to the industry in a legal capacity. They include providing qualified ventures with access to capital, extra business application points and community resources.

The bill also establishes a Cannabis Business Development Fund to help provide the capital to qualified applicants. The fund is available as of July 1, 2019, with $12 million initially invested. Community resources include the creation of the Restore, Reinvest and Renew, or 3R Program, which permits community groups to create programs to provide further equitable measures to communities most affected. Businesses must be owned by 51% to qualify. Alternatively, a company can employ 10 or more people that is staffed by at least 51% of qualified social equity candidates.

The first priority of the state's cannabis funds centers on the administration of the program and its criminal justice efforts. Remaining funds will be divvied up amongst several programs. Paying back bills and adding to the government revenue fund is part of the equation but so are several other programs aimed at benefitting the public. They include 25% to the 3R Program and 20% to mental health service and programs for people suffering from substance abuse.

When Does Legalization Go Into Effect?

Don’t be so quick to openly flaunt any possession or consumption activities just yet. While some areas are likely to relax their laws, adult use remains illegal until New Year’s Day 2020. “We’re not changing anything until Jan. 1,” Steven Stelter, Westchester police chief and president of the Illinois Chiefs of Police Association, told The Chicago Tribune on June 4, 2019. “The (current) law is still the law."

What are your thoughts on cannabis legalization in Illinois? Let us know in the comments below! 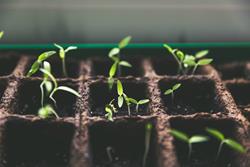 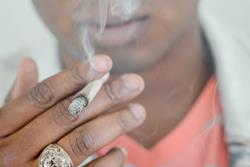