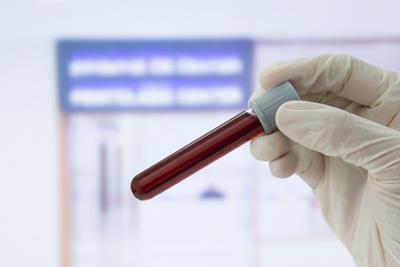 Cannabis consumers have known for a while that the industry, access to the plant, and legality continue to grow by leaps and bounds while detection and testing technology struggles to keep up. What is needed is a technology that has the ability to detect a level of cannabis impairment within a specific period of time, because so far, there isn’t one. What cannabis “breathalyzers” and other drug panels do is to check for cannabis metabolites called THC-COOH, which can linger in the body for days or weeks depending on the frequency of consumption.

We’re all-too-familiar with the notorious urine test - which can detect THC-COOH from 3-30 days or longer, saliva testing (1-30 days), and hair follicle tests (up to 90 days). But these metabolite-based tests are very bad at figuring out the most important part: whether or not someone who has consumed cannabis is also impaired.

There is one testing method that has been touted as being more adept at testing actual impairment, and that’s the marijuana blood test. Let’s take a look.

As the industry has matured, drug testing and technology firms have been grappling with how to develop a technology that can identify cannabis impairment, and what they’ve learned so far is that a cannabis blood test is the closest fit. That’s because blood tests have been the most sensitive and specific test available to determine the level of the psychoactive cannabinoid THC in the blood. This is because other tests usually only test for metabolites, which are not psychoactive.

An article in Therapeutic Drug Monitoring showed that cannabis is usually detectable within seconds of inhalation and may remain in the blood for 1-2 days, though it could be present for up to seven days or more depending on potency and frequency of use, among other factors that affect metabolism. 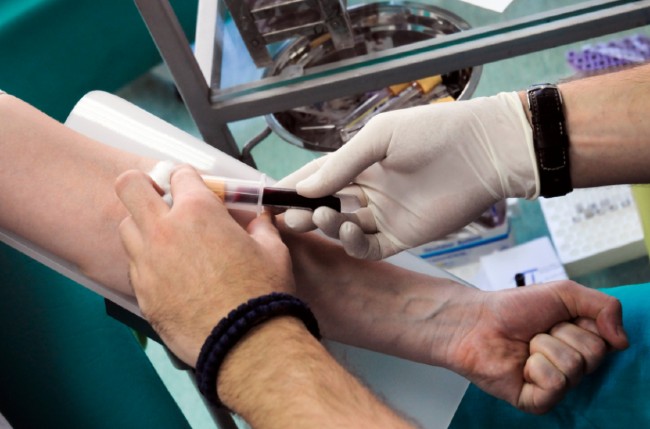 While blood tests are the most accurate method available for detecting the psychoactive agent that causes impairment, there are still major flaws in this testing method. photo credit

In comparison with the other testing methods, marijuana blood tests have been much better at detecting a window of impairment, or an approximate amount of time one might be impaired from cannabis consumption. Research analyzed by the University of Sydney and published in Neuroscience & Biobehavioral Reviews found that the window of impairment may last anywhere from 3 to 10 hours, depending on consumption method and frequency.

However, Despite being the most accurate method, this is a large window of time. Combining this big window with the variations of frequency and method of consumption makes the blood test a questionable source for testing impairment alone, meaning other evidence should be present, like bad driving, and/or other testing.

Most often, blood testing is done in a lab setting to indicate recent use of cannabis. Blood could be taken at the scene of an accident, or as part of a roadside sobriety test. However, that is not standard practice, which can have major ramifications for drivers who may have smoked weed a week ago for example but are not currently impaired. And, because of the more common use of less sensitive tests, people who are impaired could be driving around with no consequences.

An author of the Sydney study said, “Our legal frameworks probably need to catch up [with that] and, as with alcohol, focus on the interval when users are more of a risk to themselves and others. Laws should be about safety on the roads, not arbitrary punishment. Given that cannabis is legal in an increasing number of jurisdictions, we need an evidence-based approach to drug-driving laws.”

However, the results of a blood test are limited because they still may not be able to discern actual impairment on tasks like driving, reaction time, or sustained attention.

It is generally accepted that two hours after consumption, the level of THC tends to drop an average of 5 ng/mL, so by the time a test makes its way to you, impairment may have changed.

Cannabis impairment is not a one-size-fits-all proposition. Heavy consumers may be less likely to actually be impaired, but may have higher levels of THC in their blood. Impairment may also be skewed by BMI, age, gender, and a range of other factors.

If you know that you will have to take a marijuana blood test in the near future, the best way to prevent a positive result is to stop consuming cannabis and don’t start again until the test has passed. Again, there is no one-size-fits-all time where your blood will be negative after consuming cannabis. However, as a rule of thumb, a week should be plenty of time, depending on the method used to test.

Marijuana blood tests are far from perfect and at this point are largely impractical and expensive to administer. However, given that cannabis continues to expand its reach, the refinement and scaling of a technology like a marijuana blood test and combining with other testing could potentially to lead to more public safety and less arbitrary punishment for cannabis consumption.

Will marijuana blood tests become more prominent as legalization advances? Share your thoughts in the comments! 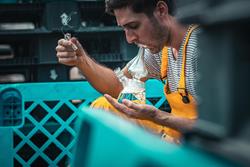