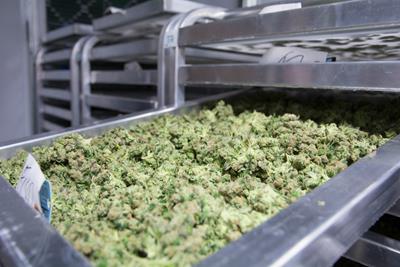 Anything worth having is worth waiting for, and a smooth, flavorful, cannabis smoke is a testament to that. In fact, a slow and steady curing process is often the difference between a simple sack of weed and some premium kind bud. But how long should cannabis be cured after harvest to provide the perfect smoke? To answer this question, we have to dive a little deeper into the fundamentals of curing cannabis.


In this article we review what curing is and why it’s recommended, how to cure marijuana, and how to identify properly cured marijuana.

The Benefits of Patient Curing of Cannabis Flower

Curing weed is a slow, controlled drying process that allows excess moisture, bitter compounds like chlorophyll, and residual starch to degrade from the plant without compromising the integrity of important compounds like terpenes and cannabinoids. Properly cured cannabis, therefore, is more potent and flavorful, and easier on the lungs.

Curing cannabis is not the same as simply drying it. Drying after harvest is also a necessary step for a quality smoke, but that stage only takes a week, even less if you live in a dry climate. However, similar to picked fruit or freshly cut flowers, cannabis buds continue to ripen and develop for some time after they have been plucked. This development includes cannabinoid production. Indeed, the very best weed is always tended to well after harvest with a careful trim and a slow, steady cure. 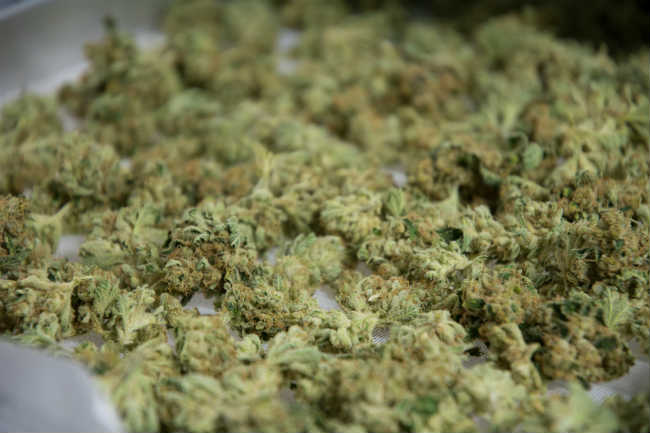 When properly cured, cannabis buds are not only more potent and flavorful, but they also have a longer shelf life. That’s because curing cannabis removes moisture and bacteria that may cause the cannabis to spoil or develop mold. Well-cured cannabis is safe for consumption for up to six months or more. Weed that has not been sufficiently cured can develop mold in as little as a few days. Once buds show signs of mold or mildew (usually noticeable by the scent), they must be scrapped lest they cause health problems.

When discussing curing, it’s important to note that not all cannabis strains are created equal, nor are the environments in which they grow. Factors such as these can alter standard cure times and must be accounted for when determining time to market (or time to smoke for personal grows). An average cure time could take anywhere from a few weeks to a few months. The bud itself will determine some of this, in conjunction with your climate, but generally, the longer the cure, the better.

How Long Should Cannabis Cure?

There are a few variables that determine how long a cannabis cure will take, including the density of the bud and the humidity of its curing environment, so there is no definitive answer to the question “how long should a proper cannabis cure take?” That said, most growers will want to cure their weed for a minimum of two weeks, but another two—even four—weeks will produce a superior final product.

To learn more about the cannabis curing process including the history of curing and step-by-step instructions for curing cannabis like a pro, see our guide here. 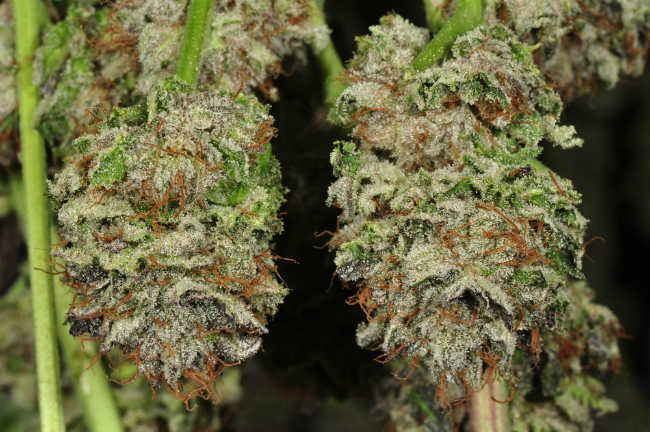 Some dispensaries cut corners in the curing process which is not only unpalatable, but dangerous.

Essentially, when curing cannabis, the longer, the better. That’s because the curing process helps bring out the flavors, scents, and cannabinoid profiles of the flower. When in doubt, give it another week at least.

It’s also important to only cure cannabis that is sufficiently dried. Attempting to cure wet cannabis can cause mildew. If the stems snap instead of bending, they are ready to cure. If not, don’t try it.

How to Identify Properly Cured Marijuana

Legalization has led to an array of premium cannabis products, but it has also resulted in a glut of marijuana distributors who value quantity over quality. Companies are ultimately fueled by profits, and an extended curing process is not always conducive to making the easy dollar. Of course every grower and dispensary will claim their bud is best, but it is up to the customer to decide if that’s actually true.

The first way to tell if cannabis is cured correctly is by its texture. Quality cannabis is sticky and spongy, and will break apart easily without crumbling. Buds that still feel wet like living foliage or those that cling to the stem and need to be pulled apart contain too much moisture, suggesting that the flowers were not sufficiently cured before hitting the shelves.

Conversely, bud that crumbles between your fingers is too dry. This usually means they were left out too long to dry before curing, or were cured, but have then been left out in the open air too long.

Regardless, if this was bud you paid for, don’t bother paying for it again if you can avoid it.

Additionally, cannabis should have a pleasant scent. Good weed is often fruity or floral, whereas bunk weed may smell like musk or mildew (an indication that it is too wet). If it smells like hay, it is too dry. Buds like these can cause excessive abrasion along the airways due to trapped chlorophyll, residual nutrients, or mold spores.

Finally, take a look at the bud’s color. Deep greens could mean that excess chlorophyll is still present in the flowers while brown buds could mean they were over-dried or dried out too quickly. Instead, premium cannabis should be light or pale green and features various color hues including reds, purples, oranges, and blues. Good bud can be dark green, certainly, but make sure that coloration is coming from genetics and not poor growing practices.

Curing cannabis is a critical step in cultivation and is largely responsible for developing additional THC and the full development of the terpene profile, which determines your weed’s smell and flavor.

Curing is not the same as drying, though the two stages will happen in conjunction with each other. Think of it like driving into a parking space. On your way to, say, the grocery store, you may drive fast on the road, then slow down as you approach the store, then slow even further as you pull into the parking space, arriving at your precise destination. Similarly, moving from drying to curing is a gradual slowing of the dehydration process so the bud arrives precisely at its destination.

Cannabis is often dried for about a week (depending on the climate in your space), then cured for a minimum of two weeks, but longer is highly recommended. A four-week cure is a good rule of thumb, six weeks is even better. Two months makes a great gift, to yourself or someone else.

What is the curing process of cannabis?

The curing process is a controlled dehydration process that allows residual starches and bitter compounds to degrade from the buds while retaining--and even developing--beneficial compounds like cannabinoids and the terpenes that give weed its smell and flavor.

Curing is necessary for a quality final product, and the longer the cure, the better the result.

Does curing bring back smell?

Curing is necessary for the full development of your bud’s terpene profile, which affects smell, flavor, and potency. However, if your cannabis has grown stale or lost potency over time, the window for curing has passed. The curing process is an extension of the drying process, which begins the moment the bud is harvested from the plant.

What is live cured cannabis?

Live-cured cannabis is essentially freeze-dried, rather than air dried like a traditional cure. In this process, cannabis is depressurized and flash-frozen with specialized machinery, quickly preserving the trichomes similar to--if not better than--traditional curing, and results in what we call “live resin.”

How long do you cure cannabis for? Share your thoughts in the comments below! 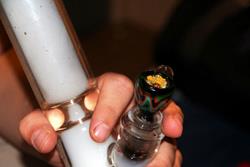