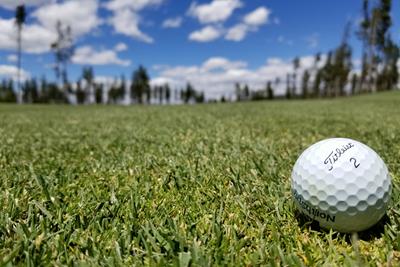 Golf is one of America’s favorite pastimes, but did you know that a lot of casual players (and even pros) like to indulge in cannabis while playing? Yes, hitting the greens on the greens is far more common than some may realize, especially at the amateur level and among younger players. Last year, B.C. Golf performed a survey examining golfers' attitudes towards cannabis.

Among players under 35, a staggering 78% indicated that they are at least somewhat comfortable with the idea of cannabis consumption on the golf course.

However, only 27% of players over 55 are happy to share the course with cannabis consumers. Overall, one in seven golfers said they planned to hit the course after hitting the weed, but those numbers were heavily skewed by the age distribution of golfers. Among players under 35, fully half said they planned to smoke cannabis while golfing. One golf course in Ontario, Canada, has decided to cash in. Golf club Rolling Greens, formerly Lombard Glen, this year became the world’s first cannabis-themed golf course. The concept is possible following Canada’s 2018 legalization of recreational cannabis. As a private members’ club, the course is not subject to restrictions on public cannabis consumption. This leaves the club free to cash in by allowing golfers to indulge while playing a round of golf. For those who prefer a less technical form of the relaxed sport, the course also offers disc golf, mini-golf, and fairground rides.

While more and more amateur golfers are enjoying a cannabis-enhanced round of golf, professionals are a little cagier about their consumption. Pro golf is big money, and cannabis is still prohibited by the US Anti-Doping Agency, meaning players risk their careers by using cannabis. Punishments include disqualification, surrendering of prize money, fines of up to $500,000 and suspensions ranging from one year to a lifetime ban from the sport.

The pro says that he wasn’t trying to obtain an unfair advantage, which is what bans should be used for, and used medical cannabis legally under Washington law. 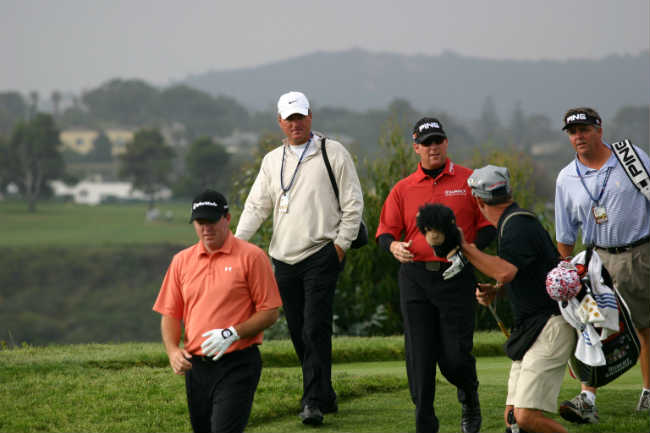 Although Robert Garriugus used medical cannabis legally, he was banned for three months after testing positive for THC. photo credit

“I wasn’t trying to degrade the PGA Tour in any way, my fellow professionals in any way,” he told the Golf Channel, “I don’t cheat the game.” Garrigus has stopped using medical cannabis after his experience, but remains a staunch advocate for professional golfers’ to be allowed to medicate. The pro is pushing the PGA tour to remove cannabis from its banned substances list.

THC remains strictly prohibited on the professional golf course, but a number of professional golfers are embracing its non-psychoactive relation, CBD. Twice-crowned Masters Tournament champion, Bubba Watson, says that CBD helps to keep him playing at the top level in spite of his advancing years. The pro, who turned 40 this year, has a partnership with cbdMD and sports the company’s logo on his visor when playing.

He told CNN Sport that CBD consumption is about living his best life. “I see Phil Mickelson winning at 48, so I've got at least eight more years of having a shot of winning some tournaments. So for me, it was about how I create longevity in the game of golf and spending time with my kids running around. CBD was easily a fit for me.” 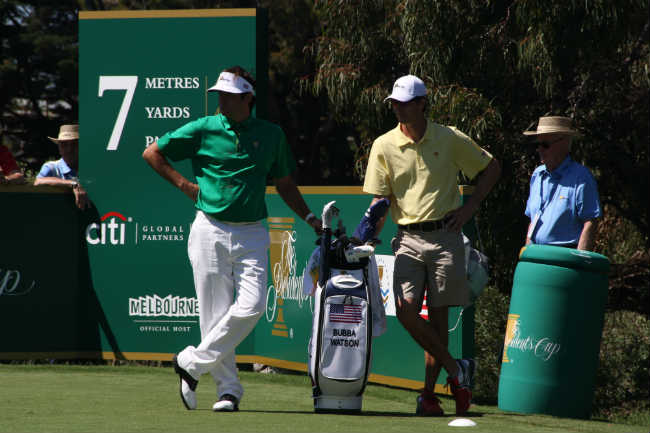 Bubba Watson credits using CBD to helping him play at the top level in spite of his advancing years. photo credit

cbdMD isn’t the only company to actively target professional golfers. A growing list of players have either admitted using CBD or have sponsorship deals with CBD companies. These include three-time PGA-tour winner Scott McCarron.

Following a round at the 2018 Boca Raton Invitational, McCarron found a bottle of CBD oil from Functional Remedies EndoSport waiting for him at his locker. After his own research and following conversations with other pros, McCarron knew that CBD could help him.

"I went and tried it about two weeks later when I went home. I measure my sleep with a device called WHOOP," McCarron said. "That's a sleep and strain device. Major League Baseball, NFL and Olympic athletes use the device. For the first time in about two years that I'd been wearing the device, I was taking the CBD oil, started on Monday and had sleep in the green, which is fantastic sleep, for seven days straight the first time I took this CBD oil at night to help me sleep."

McCarron’s positive experience led him to sign a deal with Functional Remedies to become their brand ambassador.

“Functional Remedies EndoSport hemp oil helps my mind stay focused and my body recover, so I can always play my best,” McCarron said in a statement. Functional Remedies’ products are available at 125 golf shops nationwide and the company employs a team of 12 sales reps to push their products to the amateur and pro golf market. According to ESPN, the company now has 50 PGA Tour players using their CBD products. Steve Patterson, the company’s director of sales, notes that players appreciate the products’ lack of THC.

"There's very, very little FDA regulation over the supplement industry as a whole, so if a player wants to take any supplements, whether it's CBD, or a multivitamin, or a protein powder, they need to understand that there is risk associated with that regardless of the manufacturer, because there is very little FDA regulation over the industry.” "There is no guarantee that what is on the label is actually contained in the product."

The tour’s warnings were echoed by a spokesperson for the US Anti-Doping Agency, who told Reuters that “it is very difficult, if not impossible, to obtain a pure CBD extract or oil from the cannabis plant. Anyone who buys a CBD oil, extract, or other CBD product should assume that it is a mixture of CBD and other cannabinoids.” While cannabis is seeing greater acceptance at all levels of the game, pro golfers would be wise to follow USADA and PGA Tour advice. The grass is greener for amateurs, however, and we’ll undoubtedly see more clubs following the model of Rolling Greens and allowing players to spark up on the fairway.

Have you ever consumed cannabis before or during a round of golf? Did you enjoy it? Why or why not? Share your experiences in the comments below! 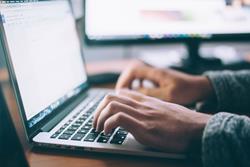 How to Write a Resume for Cannabis Industry Employment

How to Write a Resume for Cannabis Industry Employment 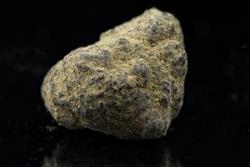