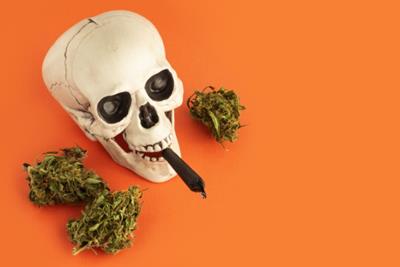 It’s Halloween, so let’s smoke some Hallo-weed. Along with your spooky-themed decorations, movie choices, and costumes, why not get into the holiday spirit with a Halloween weed strain? We’ve put together a list of the 10 best spooky strains for Halloween for heading out to a costume bash, streaming some spooky favorites, or getting into the holiday mood.

All aboard! This spooky strain sounds like it’s piloted by Casey Jones (the one from the Grateful Dead song, not the one from the Ninja Turtles). While this spectral conductor and his locomotive can only be seen in Mississippi, Ghost Train Haze’s psychedelic effects  at high doses may have you seeing things wherever you consume it. Otherwise, this Halloween weed strain’s effects are known to be a firing-on-all-engines, full-speed ahead type of sativa-dominant hybrid. Pretend you’re that locomotive’s smoke stack as you exhale that floral, pine haze, then pull the cord at your evening’s final destination.

The Pumpkin King of HalloweenTown (and mainstay of Hot Topic clothing,) Jack Skellington has been synonymous with the holiday since Nightmare Before Christmas was released in 1993 (That’s right. Almost 20 years ago.) This sativa-dominant strain gives you a clear-headed, euphoric uplift that may have you singing about your love of the holiday, or even dancing about it. Smoke some of the Halloween weed strain and get ready to be crowned Pumpkin King of whatever party you attend. 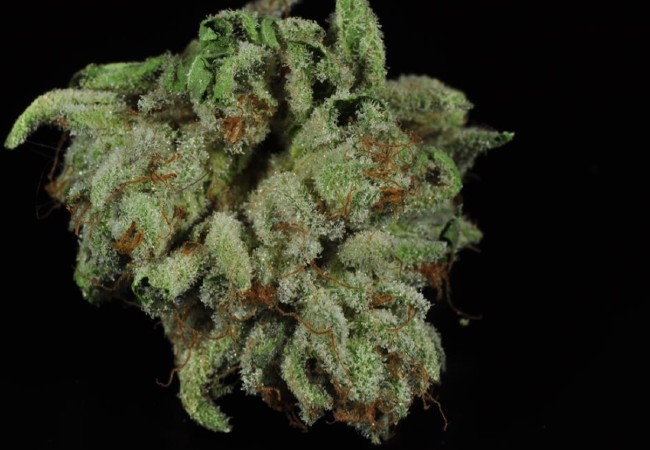 Xenomorphs, Predators, Body Snatchers, Marvin the Martian...unlike these extra aggressive extra-terrestrials, Alien OG is a strain that “comes in peace.” The effects of this Halloween strain start with some pressure around the head, as though it’s probing for intelligent life. From there, Alien OG never gets too intense or out of this world. Expect an even-keeled, relaxed, and philosophical mind-state, perfect for watching a space documentary or discussing with friends whether there really might be life on other planets.

This Halloween weed strain starts with a heady brew of sweet pineapple and sour fuel. It’s not the smell of this potion that will leave you and your coven cackling, but its potent 29% THC level. Witches Weed comes on strong and you’ll soon be flying as high as your mental broomstick can take you. Don’t fire it up too early, because when this stain’s effects come in for a landing you’ll be ready to settle down for the night in whatever hut you lay your head. 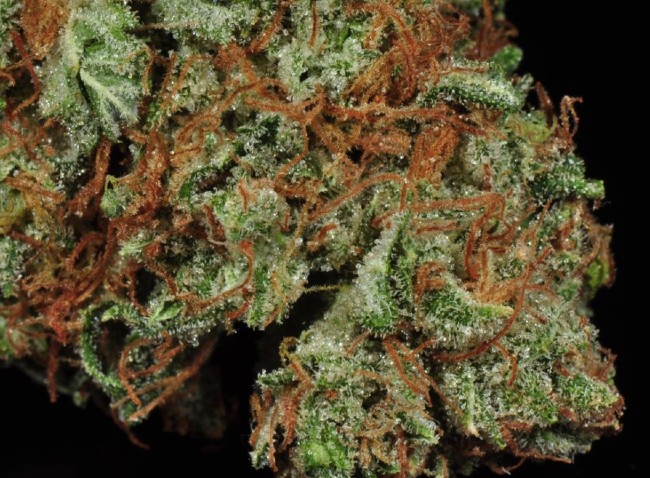 Puny Banner may not smash like his greener, bigger alter ego - and you won’t find anyone dressed up as him on Halloween night - but that doesn’t mean Bruce Banner doesn’t have fans. This bright green strain’s effects are heady and cerebral. Your body may start buzzing, your heart may start racing, and you may wonder if you’re about to transform into some hulking brute. Instead, this sativa heads to your brain (Bruce Banner’s secret power), fueling clear-headed productivity all day. Perfect for carving some Jack-o-Lanterns or brainstorming a costume last minute.

No one would blame you for not trusting this Warlock at first glance. Despite its indica-leaning, Afghani and Skunk parentage, this strain of Halloween weed starts with a surprising sativa uplift. Your heart may start pounding and the heady uplift might spark a bit of paranoia. Has this Warlock tricked you with some black magic? Don’t fear. You’ll soon be past those sativa effects, which is where Warlock really casts its spell. Expect a gooey relaxation to soon spread through your limbs that’ll last for up to two hours or more. 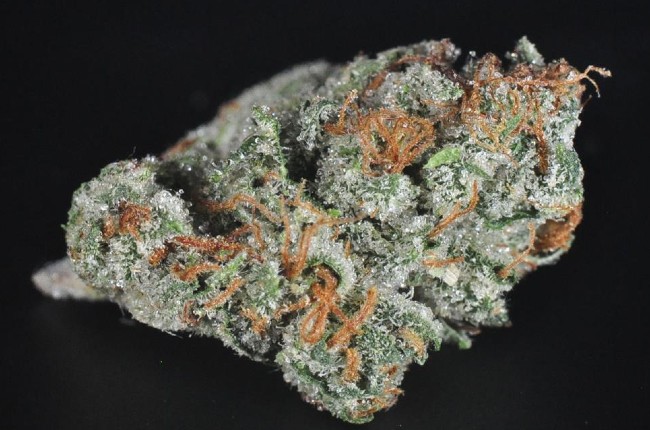 This strain’s got a musty aroma, like it’s been trapped here in our world, unable to pass to the beyond. The flavor of this Halloween weed is similarly ethereal, a piney, tart wisp that many have compared to the woodsy, earthy taste of camphor. Floaty yet balanced, this ghost’s effects are what make consumers eager to invite it into their home. You won’t be heading out to your old haunts with Ghost OG. This is a strain for staying in and streaming some well-loved Halloween episodes from The Simpsons, Bob’s Burgers, or other classics.

This spooky strain will not have you stomping through the woods or across some misty Scottish moors, although it’s dreamy enough to steer you off-course if you’re not careful. Your friends won’t need to look in the basement, attic, or under the bed to find you either. Monster Cookies is going to put your body squarely on the couch, but leave you uplifted and social enough to carry on a conversation with whatever party monster is sitting beside you. 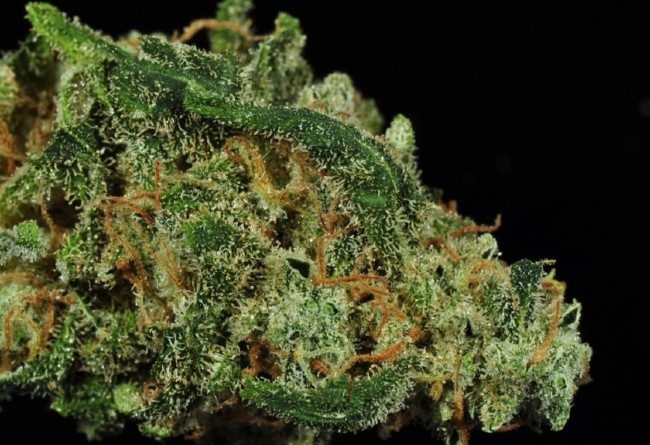 Halloween’s just not complete unless you’ve gotten your treat. Chocolate Chunk is a sweet Halloween weed strain that is perfect to hand out to any adult guest, costume or no. Chocolate Chunk starts with a warm, melty indica body high that spreads through your head and chest. After an hour, the heaviness subsides, leaving a fun, relaxed, social high perfect for zoning into a scary movie or two while digging into that candy bowl for some extra chocolaty treats.

Despite what the “Well, actually…” people out there will tell you, when talking about Frankenstein, we’re almost always referring to the monster and not the doctor that created it. In a similar vein, when you smoke this Halloween weed strain, don’t expect its effects to make you feel like a medical professional who’s hubris will lead to their downfall. Instead, you’re going to feel like Dr. Frankenstein’s creation. You’ll be lumbering around on heavy limbs, with a buzz of energy coursing through your brain. The head high soon settles into a spacey, lazy introspection and the body high is followed by a case of the munchies. Grab a bowl of your favorite cereal, such as Frankenberry, and enjoy the rest of the night.

We hope that these strains help get you more into the spirit of the season, however you choose to celebrate Halloween this year. If any of these have sparked your interest, or you want to know more of what’s out there, visit PotGuide’s strain library to know more.

Do you have a favorite Halloween strain for carving pumpkins, watching scary movies, or going out in costume? Let us know in the comments! 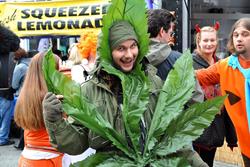 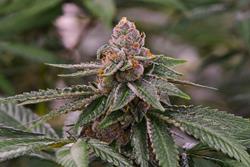