In November 2016, four states voted to legalize recreational marijuana for adult use, setting in motion a strong movement of progressive marijuana legislation. With over half of our fifty nifty states now accepting some form of legalized cannabis, more and more people are exercising their right to grow their own marijuana.

Not just everyone can set up a home-grow operation though. In fact, every state has their own specific laws that citizens must abide by. In an effort to make it easy for our readers who may be interested in popping a few beans as they say, we’ve compiled everything you need to know about growing in America’s four newest recreational marijuana friendly states.

For those looking to start a home grow in California, you must:

Outdoor cannabis growing is permitted in some places in California, but not everywhere. photo credit

Nevada has been a hot topic in the marijuana world. Ever since Nevada voters passed Question 2, or the Initiative to Regulate and Tax Marijuana, in November 2016 cannabis enthusiasts have been chomping at the bit to get started.

Personal cultivation of up to six plants (12 per residence) in Nevada is legal under the new law, but several restrictions are in place.

In order to grow your own marijuana in Nevada, you must:

The passing of Massachusetts’ Tax and Regulate Marijuana Act, also known as Question 4, marked a significant victory for east coast marijuana progression. Some people have even speculated that Boston could become the ‘weed capital of the world’ in the coming years. Under the new law, adults 21 years of age or older are allowed to cultivate up to six plants.

For those looking to start a home grow in Massachusetts, you must:

Another eastern addition to our list, Maine is primed for a big-time recreational market. Although you cannot purchase marijuana at a recreational dispensary in Maine yet, residents are able to grow up to six mature cannabis plants and possess their own marijuana.

If you’re looking to start growing your own cannabis in Maine, you must:

Now that you know the laws, it’s time to take advantage of your right to grow your own! If you don’t know where to begin, check out our overview on getting started any many more enlightening articles in our “Growing” section. It takes time, effort and elbow grease, but once you have a growing operation in place and a few harvests under your belt it really is a quite enjoyable (and rewarding) hobby!

Do YOU grow your own? What is some advice you’d offer to novice growers? 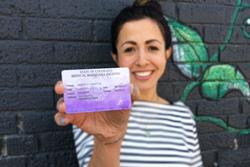 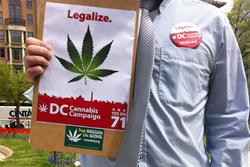 Legal Marijuana: Which State is Next?

Legal Marijuana: Which State is Next?