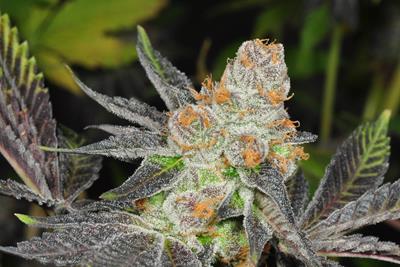 Girl Scout Cookies is one of those magic combinations of words that gets nearly everyone filled with a childlike excitement the moment they hear it. It brings to mind brightly colored boxes filled with crispy thin mints (best when frozen), peanut butter sandwich cookies, and sweet coconut rings covered in chocolate.

For any cannabis consumer entering a dispensary, the name Girl Scout Cookies brings an entirely different childlike-type of joy. The experience of smoking this ubiquitous California strain begins with that first waft of terpenes off the bud. Flowery, piney, earthy, spicy, and skunky with a hint of mint are just a few of the descriptions people have given for that enticing scent. Others claim that it smells almost like an oven-baked dessert, making the name even more fitting.

The next bite is with the eye, and Girl Scout Cookies is a notoriously beautiful bud. Bright green calyxes surround deep purple leaves which are all accented by neon orange hairs. On each bud, this vivid concoction is covered with a heavy frosting of sugary trichomes. Once the flower is ignited, the smoke carries with it the sweet and slightly minty flavor that reminds consumers of those delicious treats sold on folding tables outside grocery stores (or outside dispensaries by a couple of financially clever girl scouts).

So where did this famous strain come from? How did it go from being nowhere to being on dispensary shelves everywhere? What accounts for Girl Scout Cookies massive popularity?

Though the strain’s pre-legalization origins are a little hazy, it’s pretty well accepted that Girl Scout Cookies emerged out of California’s Bay Area mountains sometime in the 2010s. A group of cultivators known as the “Cookie Collective” have claimed responsibility for the original strain but they haven’t been too forward with many other details.

What is known for certain is Girl Scout Cookies’ main parentage. By all accounts, the strain originated when the South African heirloom strain Durban Poison was cross bred with Southern California’s OG Kush. This special mix accounts for its indica body high as well as its sativa cerebral uplift. What other strains might have added their genetics into the mix remains a point of contention amongst weed enthusiasts and growers alike. Some claim that a little of Florida’s Formula 1 might have given a dusting of cross-pollination, which accounts for the sweet taste of Girl Scout Cookies. Others suspect Grand Daddy Purps might have thrown some of its powerful indica vibe into the mix via a Cherry Pie cross (Grand Daddy Purple x Durban Poison.)

While the full genetic ingredients that went into the seeds may never be known, once those seeds sprouted, Girl Scout Cookies’ buds are what punched its ticket to the cannabis halls of fame. From its NorCal origins, Girl Scout Cookies quickly radiated outward across the state. The new strain was instantly popular amongst both medical and recreational users, so demand was sky high in both the legal and illegal markets. While California was the first state that it took hold in, Girl Scout Cookies quickly found its way into consumer’s hearts across the country and the world due to its powerful effects.

Once inhaled, Girl Scout Cookies delivers a euphoric uplift right to your head that brightens your day no matter how cloudy the original forecast. The heady effects then mellows into a cerebral, thought provoking type of experience that banishes away stress and anxiety. Sometimes it gets to the point that users end up getting goofy and giggly. Meanwhile, the effects diffuse outward into a relaxing full body high that feels both floaty and grounded. Girl Scout Cookies also boasts some of the best daytime pain relief you can experience without making you drowsy. 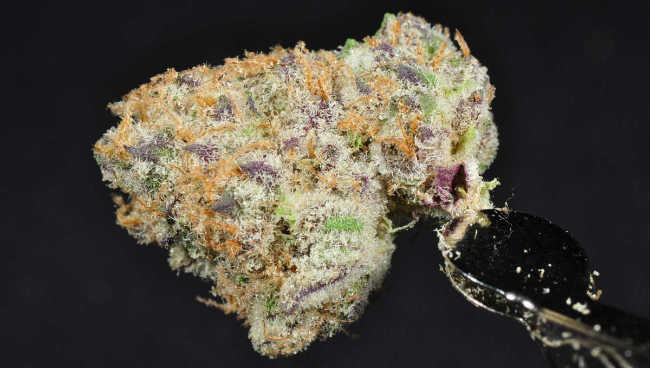 Add on to this Girl Scout Cookies’ strong effects on combatting nausea and headaches, as well as stimulating appetite, and you have a pretty powerful medicine for chronic pain as well as cancer patients going through treatment. This has made it a necessity in the medical cannabis community, and has only added to the strain’s popularity.

Despite the whimsical name, this is definitely not beginner’s weed. Girl Scout Cookies boasts a THC content that usually hovers somewhere between 25-30 percent. This can make it a little intense for first timers, who should tread lightly until they get their feet under them.

Girl Scout Cookie’s crowd-pleasing effects have won the strain plenty of awards over the years, including first place at the 2013 High Times Cannabis Cup in LA and second place in the 2013 High Times Cannabis Cup in Amsterdam. While all the awards are appreciated, there was no way to keep this strain or its genetics in obscurity. Growers began seeing what Girl Scout Cookies could do as a parent itself, giving rise to Thin Mint, Platinum Cookies, and countless other strains that line the shelves of most dispensaries in America.

As far as notoriety goes, Girl Scout Cookies also joins Gorilla Glue #4 in the dubious distinction of being involved in a legal dispute over the strain’s whimsical name. A couple years ago, the Girl Scouts of America began threatening legal action to dispensaries who continued to sell the popular strain. Girl Scout Cookies, Thin Mints, or any other wordplay that resembled the name of the popular cookie brand’s product line were threatened with further action. 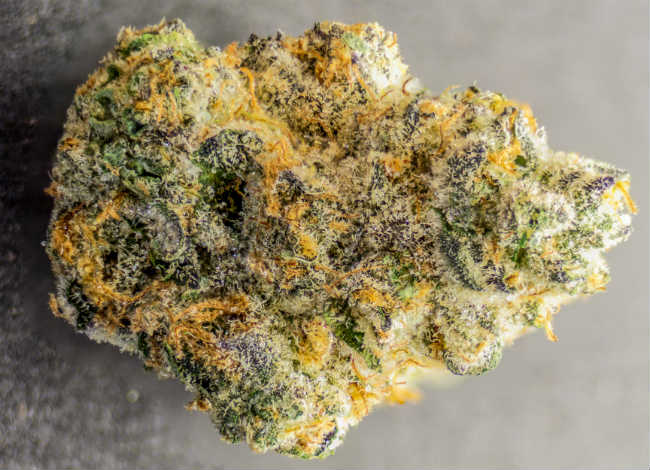 Following the same logic of the manufacturers of the Gorilla Glue adhesive, the Girl Scouts of America seemed concerned that customers would be unable to distinguish between a strain of cannabis and a box of cookies, or that their sales might drop by concerned parents not wanting to associate a well-known treat with a strain of cannabis also enjoyed by many. Unlike with Gorilla Glue, which got lawyers involved, the legal issue hasn’t gone any further than a cease and desist order to local dispensaries, who have mostly complied by selling Girl Scout Cookies under the name GSC.

Currently, Girl Scout Cookies remains one of the most popular strains across legal markets and is highly regarded worldwide. One can only assume it will have the same lasting power as the boxes of cookies that share its name. Luckily, unlike the brand of boxed pastries, these Girl Scout Cookies are available year-round. 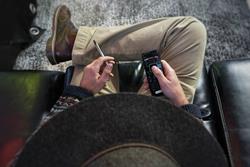