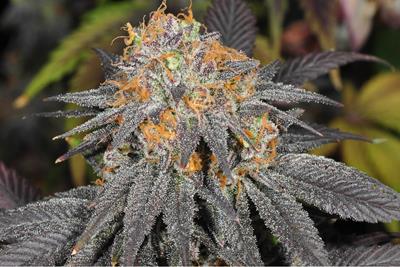 Attitude about medical cannabis seems to be shifting nation-wide as more and more states adopt some sort of medical marijuana legislation. Even some of the most conservative states have legalized one specific cannabis constituent, cannabidiol (a.k.a. CBD), while maintaining an illegal stance on all others. But CBD-only laws, as appealing as they may seem, are incredibly restrictive to patients by neglecting to account for the medical benefits of other cannabinoids like CBG, THCa and, of course, the infamous THC itself. CBD-only laws completely overlook the importance of whole-plant cannabis leaving many needy patients hopeful but terribly disappointed.

It all started back in 2013 when Dr. Sanjay Gupta hosted the show “Weed”, an hour-long documentary highlighting the amazing transformation young Dravet Syndrome sufferer, Charlotte Figi, experienced after consuming high doses of CBD. Though the show hailed CBD as a sort of “miracle drug” capable of curing epilepsy without any side effects, it neglected to mention the importance of the THC she was consuming, as well. In fact, the strain of cannabis Charlotte used (which has since been named “Charlotte’s Web”) did contain THC at a ratio of about 1:1, and the THC played an important role in her recovery. The same is true for Jayden David and many others, as well.

Medical benefits of THC and CBD

The medical benefits of each cannabinoid differ too. THC, for example, has been shown to reduce pain, nausea and inflammation whereas CBD exhibits anti-psychotic, anti-anxiety and anti-seizure properties. Both THC and CBD have been shown to inhibit tumor growth and reduce muscle spasms, and many other cannabinoids have medical potential, as well.

The wheel of fortunate therapeutic properties of cannabinoids. Photo credit

Back in the 1970’s, a study was conducted to test the effects of THC and CBD when used simultaneously. Looking at 40 male volunteers, the study found that CBD significantly reduced the negative effects of THC including increased heart rate, delayed task time and strong psychological reactions. This reaffirmed the idea that CBD can block THC and mediate its effects, but did little to examine the importance of THC in conjunction with CBD; our modern pharmaceutical industry did that.

In 2003, GW Pharmaceuticals began researching THC and CBD in different ratios. Clinical trials found an even ratio of THC to CBD to be the most therapeutic combination of the two cannabinoids. When used in conjunction, the two cannabinoids provided relief from pain, nausea and anxiety, and improved motor performance in ALS patients. The THC/CBD combo has also shown promise as a cancer treatment by reducing chemo-related nausea and fatigue and improving the likelihood of cancer cell apoptosis.

Unfortunately, finding cannabis strains, concentrates or extracts that consist of an even THC/CBD ratio is difficult at best. Due to the overwhelming popularity of THC in both medicine and recreation, most cannabis strains available have high levels of THC and low levels of CBD. In some cases, there can be as much as 20 times as much THC in flower or 80 times as much THC in concentrates which is hardly ideal for those looking to reap the full medical potential of cannabis without the wonky feeling in the head.

Finding cannabis strains with the ideal ratio of 1:1 can be difficult, but the process is easier thanks to extract companies that carefully formulate products to meet cannabinoid expectations. Mary’s Medicinal’s transdermal patch is one such product featuring the ideal 1:1 ratio, as are new Stratos 1:1 CBD tablets.

Terpenes May Alter the Effect of Cannabinoids

Another factor in determining the effects of cannabis are the terpenes within the particular strain. Terpenes can be found in many products including essential oils and other food products and can produce varying sensations and medical benefits. Limonene, for example, is a terpene with a distinct citrus scent that boosts mood and reduces stress. Limonene can be found in fruit rinds, rosemary or peppermint as well as popular strains like Lemon Skunk or Super Lemon Haze.

Other popular terpenes that can be medically beneficial include linalool to calm the mind and body; myrcene which is calming and sedating; and pinene which increases alertness and memory retention.

Cannabis is very therapeutic, but to reap the full benefits of this versatile plant, whole-plant therapy should be used. CBD-only laws do not account for the benefits of THC and other cannabinoids and in doing, de-value their worth as medicine.

Do you think CBD-only laws are a good idea? Why or why not? 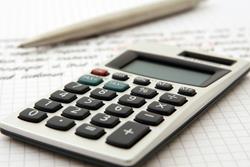 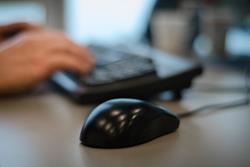