What is sound? It’s what we hear, but it’s much more than that. Sound is a physical presence even though you can’t necessarily touch it. It’s waves of air pulsating all around us until they’re caught by the fine hairs within our ears to process them into meaningful and categorized ‘sounds.’ A dog barking, a traffic cop’s whistle, the coffee barista asking you what you’d like while you stare at this article on your phone. It’s all interpreted through the ear. Maybe you didn’t hear the barista? You might hear someone sigh behind you in exasperation.


Once we accept that sound is a physical presence, we might then think it’s necessary to have ears to process it as such. That’s partially true, ears do help, but they aren’t the only device used to capture sound. Dolphins echolocate – that is, hearing a mental representation of the world around them –through their jaw bones as they pick up the vibrations in the water. Plants don’t have jawbones or ears at all, yet they ‘hear’ in their own way. Plants have an interesting relationship with sound, and they’re more attuned to it than you might think.

Let’s examine a few ways sound interacts with cannabis; starting with its impact on cultivation.

As you open the doors to your grow room in the morning, what music do you hear emanating from inside? If the answer is none, your plants are missing out, and their photosynthesis isn’t operating as well as it could be. Not that they are ineffective, but there’s a fascinating way that music improves the efficiency of photosynthesis in chlorophyll. 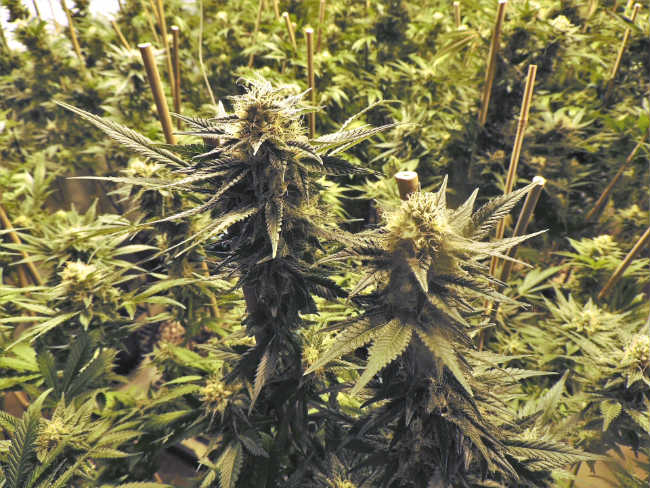 Playing music in your grow room could be the key to better cannabis! photo credit

Jennifer Ogilvie is an associate professor at the University of Michigan who studies the cellular manifestations of photosynthesis. By using incredibly rapid pulses of laser light to analyze the cellular processes, Ogilvie says that, “we can carefully track what’s happening…when charge separation has occurred.” Or rather, they have direct evidence of what’s happening when light is converted into cellular food. This is the plant doing work, and it sends out specific vibrational markers.

What the studies found was that “when the gaps in energy level are close to vibrational frequencies, you can have enhanced charge separation.” It’s proof that a plant’s most essential metabolic system – photosynthesis – is reactive to vibration, the physical manifestation of sound.

What music your plants want you to use in your grow room is disputed: some suggest hard rock, others swear by Chopin or Beethoven, a study on roses discovered their affinity for Vedic chants. Whatever music your plants seem to like best, stems grow tougher, leaves appear healthier and flower production is maximized with the addition of some tunes to a grow room. Improved overall plant turgidity is a common theme among people who play music for their plants, as well. Even better? Once music has helped your plant grow to its fullest potential, sound can then be used to extract its delicious cannabinoids.

For an informed consumer looking for the healthiest form of cannabis concentrates, they need look no further than the most recent developments in the assisted extraction techniques. One of those techniques uses sound. Specifically, ultra-sonic vibrations to dispose of cellular defenses. In this method, microscopic currents, pressurized streams and countless miniature bubbles breakdown cellular walls. With the walls gone, the cannabinoids are primed for extraction. 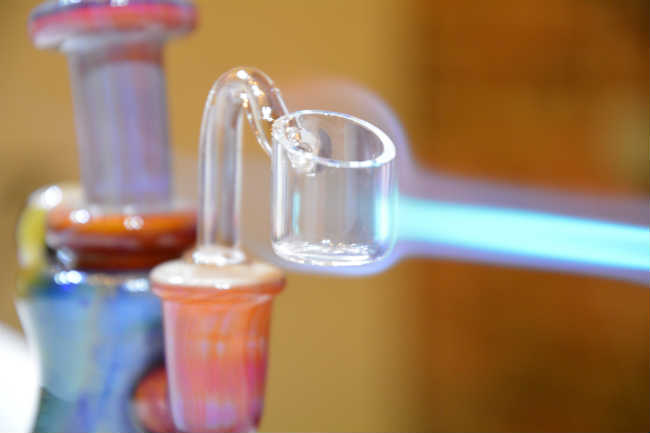 Get your dab rigs ready, ultrasonic-extracted concentrates could be coming to a dispensary near you!

Ultrasonic extraction provides a range of benefits for consumers. For starters, it allows the extraction solvent to be a mixture of oil and water instead of combining the cannabinoids with hydrocarbons as it is done in butane or propane extractions. The result is a healthier extraction and cleaner final product. For the producer, ultrasonic extraction is more rapid and environmentally sound than more traditional extraction methods.

Cannabis Maximizes Our Perception of Music

As Jon Stewart might’ve asked in his goofy performance in Half-Baked as the ‘enhancement stoner,’ ‘have you ever listened to music…on weed?’ It’s crazy, man.

According to Dr. Jorg Fachner, a professor at Anglia Ruskin University in Cambridge, UK, cannabis broadens your spectrum of hearing while increasing your attention and altering your perception of time. Combined, these responses enhance the relationship with music in cannabis users.

However, it’s more than neurological. The cultural fission between cannabis and music deepens its impact on users even further. Dr. Sophie Scott of the University College of London speculates that because cannabis and music activate similar places in the brain, cannabis was likely intertwined with the culture without understanding the neurological underpinnings. Ultimately, cannabis improves music, and there’s no denying that cannabis is a psycho-acoustic enhancer.

What are your thoughts on sound and cannabis? Do you play any music in your grow room? 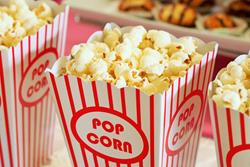 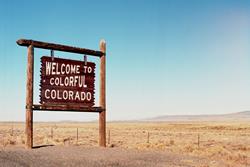 Want to Move to Colorado? Tips for Moving to Denver and Beyond

Want to Move to Colorado? Tips for Moving to Denver and Beyond