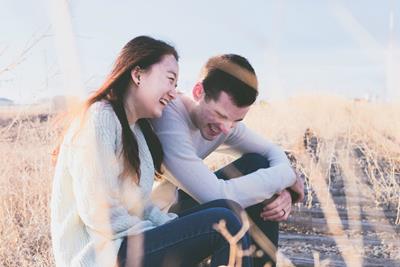 There are obvious physical and biological differences between men and women—especially when it comes to how various chemical compounds affect the body. But what about the effects of marijuana? Why does cannabis affect us differently? Are there differences between a man and a woman’s natural endocannabinoid system? Does a man process the drug differently than a woman?

Before we dig into the details, there are a few disclaimers we’d like to share: We’re talking about men and women as the sex identified at birth. We’re also basing this discussion on the limited research conducted on cannabis, as well as the limited research conducted on how cannabis scientifically impacts men and women differently. Plus, there is a conflict between animal-based versus human-based studies—the majority of which focus on males.

Everyone has an endocannabinoid system: a series of receptors in the brain and body that help to maintain homeostasis. Without it, we wouldn’t experience any effects of marijuana—whether mind-altering or therapeutic—from  THC. This naturally-occurring biological system lays the groundwork for how any external cannabis consumption affects the brain.

Example of how cannabis interacts with our endocannabinoid system. photo credit

That’s why a woman’s estrogen level can impact how responsive the system is when taking in external cannabinoids. So smoking may be more or less powerful, depending on how much estrogen is in a woman’s system at the time or where they are in the ovulation cycle. During ovulation, the natural endocannabinoid system is at its highest and therefore affected differently by marijuana than at other times which, in turn, impacts the overall effectiveness of cannabis in women.

Alternatively, a man’s cannabinoid receptors and sensitivities are much more fixed. But the consumption of cannabis impacts food and body temperature to a greater degree in men than women. Put another way, males are more likely to get the munchies than females. They’re also more likely to experience psychosis and psychotic symptoms, but take this one with a grain of salt.

Breaking Down the Effects in Men vs. Women

Generally speaking, women may be more inclined to lean on cannabis when they’re anxious, in a social situation or to help regulate their mood. They also tend to consume cannabis less often and at smaller amounts.

But women are also more likely to experience a greater amount of dizziness and visuospatial memory impairment after consumption, which leads to a harder time creating internal maps, finding the way back home or remembering where the phone ended up. And a 2010 study found that women reported more severe cannabis withdrawal symptoms than men—most of which were physical such as sleep disruption, lack of appetite and irritable attitude.

Men may experience greater pain-relieving effects from cannabis than women, according to a 2016 study. This may impact how much and how often medicine is prescribed—especially considering that women can easily become more tolerant and desensitized to the drug. A study found that even at a lower dose, female rats needed a much larger dose after 10 days to achieve the same effects as their male counterparts. But remember that anything pain or tolerance related is completely subjective.

Cannabis intake can also help reduce stress in both sexes. We also know that smoking impacts factors like impulsivity, learning and cognition—but studies can’t conclude if these qualities are sex-dominant.

And are you ready for this? Cannabis does affect sex hormones and sexual expression. Long story short, it causes sexual behavior to decrease in males and increase in females when consumed in small amounts. (Hence the surge in cannabis-infused sexual enhancement products.)

For women, it goes back to estrogen. Endocannabinoid action, which is increased during ovulation, can aid a woman’s fertility. Too much cannabis can interfere with estrogen and make you less sexually inclined. But men have the opposite effect: Sexual appetite and sperm production declines after consumption.

It goes without saying that there isn’t enough research to say any of this for certain. But the culmination of these preliminary studies shows that there are intrinsic differences in how men and women process cannabis. 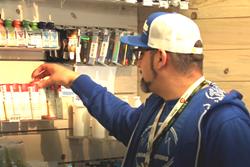 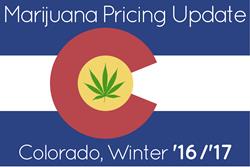