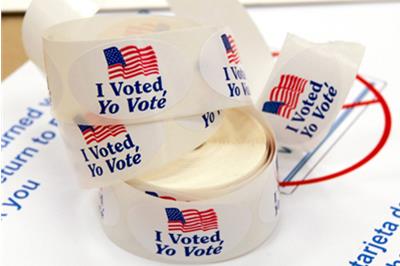 Amid vast uncertainty, one thing was clear this past election day: cannabis reform won in a landslide. Every state that had a cannabis measure on its ballot passed that measure. That means four newly legalized states for recreational cannabis, and two new medical marijuana systems. What’s even more stunning is that for the first time in history, a state has passed both a medical and recreational bill at the same time.

It was a wild sweep across the country, from the Northeast all the way to the Southwest. There’s a lot to catch up on, so we’ve gathered a quick rundown of the cannabis law changes in each state.

In the past, Arizona has twice rejected legalization measures, making their vote to approve the Smart and Safe Arizona act even more historic. The state is home to a thriving cannabis culture thanks to their robust medical marijuana system, and this move to legalize makes it poised to become a significant center of modern marijuana culture as the market grows. Now that the law has been passed, it will take effect on Nov. 30, 2020. This is also the first date that Arizona residents will be allowed to start cultivation of marijuana at home. The law allows each resident 21 and older to grow up to 6 plants. 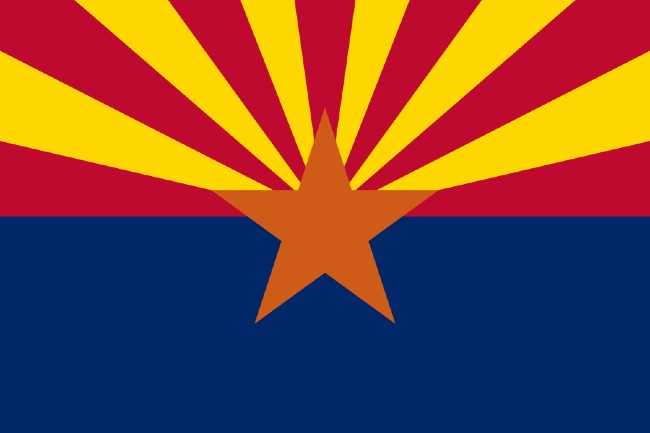 Because Arizona already has a thriving medical system, it hopes to have a smooth transition into it's recreational system. photo credit

One of the things that sets Arizona apart from the current legalization pack is their intention to hit the ground running. The state hopes to avoid the typical years-long delays that legalized states have all seen in the past. The plan is to allow currently operating medical dispensaries to apply for recreational licenses first, starting January of 2021, taking advantage of their already-established supply chains. Licenses must then be issued within 60 days, meaning that things could be in full swing by Spring.

New Jersey was the one on this list most expected to pass legalization, and clearly they did. SCR-183 passed with just under 67% approval. However, consumers in New Jersey might not be able to celebrate legalization in the traditional sense just yet.

The state only legalized “regulated” cannabis. To state laws, “regulated” means sold by a dispensary.

Another way of saying this is that only legal marijuana can be smoked legally. If you bought weed from your cousin’s friend’s friend, you can’t legally light it up. How will law enforcement know if the weed you have is legal? Once dispensaries are opened, a consumer might be asked for proof that such a product was purchased legally, but, as there are currently no legal dispensaries open, law enforcement will have a pretty reliable guess it wasn’t legally obtained.

The majority of the details surrounding the coming New Jersey market are yet to be set. In fact, SCR-183 is one of the briefest marijuana legalization measures passed, establishing almost no rules within the actual proposal. The Cannabis Regulatory Commission, which oversees the state’s medical program, will be the one to set guidelines and rules. No timeline for how and when those rulesets will be implemented is set within SCR-183, as other state legalization legislations have done. 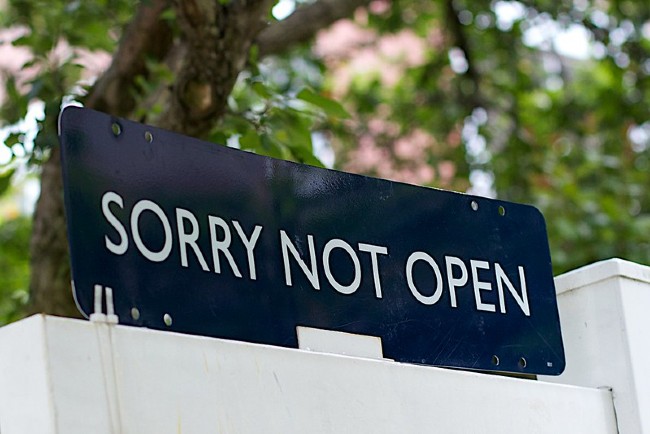 There is still tons of uncertainty about when New Jersey's market will be established and set to open. photo credit

With so few details, it’s difficult to comment much on the outlook of New Jersey’s new cannabis market, however the long road that the state has taken to reach this goal is significant, and may put additional pressure on state officials to expedite the process. When sales are allowed, the state sales tax of 6.625% will be applied, and local governments will be allowed to add an  additional 2% if they so choose.

Montana’s medical marijuana system has only recently stabilized after years of growing pains, so it was a bit of a welcomed surprise that it legalized so soon after. Even getting the measure on the ballot was difficult, as opponents of the measure filed a lawsuit back in October. Not only that, but the law has provisions allowing for home cultivation as well. I-190, the Montana Marijuana Legalization Initiative, goes into effect on January 1, 2021.

Despite the great progress with legalization, the state still has quite a ways to go before dispensaries are open. Legislative guidelines must still be established for the businesses planning to comprise the new legal market. I-190 has a provision stating that licenses must begin being accepted no later than January 1, 2022. Even then, that’s just the licenses. Businesses must then be built out, product must be grown, harvested and tested, packaged, and only then, will they arrive on store shelves. However, keep in mind that these are the latest deadlines that the state must hit, and there’s a chase that Montana will have sales sooner. At whatever later date that cannabis sales begin, these products will be taxed at 20%.

Both measures passed. However, if the Legalization Initiative had passed, and the Medical Marijuana Initiative had not, the former contained language in it that would have automatically created a state medical marijuana system in addition to legalized recreational possession, use and sales. 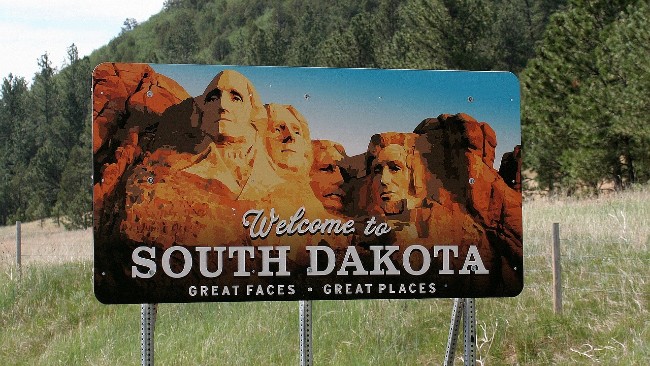 South Dakota is the first state to legalize both recreational and medical marijuana. photo credit

That unique event would have been another monumental evolution in cannabis reform, but just the fact that ballot measures are becoming more wide-ranging and advanced is bodes well for cannabis reform in general.

The newly passed initiatives require the state’s Department of Revenue to first create guidelines for both markets before businesses can apply for a license, and similar to New Jersey, those regulations have not yet been made. The Department has until April 1, 2022 to set regulations. While the timeline may be lengthy, the state has a lot more groundwork to lay than the majority of other legalizing states. As always, timelines set by the legislation are the last possible days for these measures to take effect, and movement can possibly happen much faster.

Mississippi was another state with some unique and novel legislation, offering two medical marijuana bills on the ballot, one an alternative to the other. In order to approve the initiatives, voters had to choose “either” on their ballot, and if they did vote for “either,” they then had to choose between Initiative 65 or Alternative 65A.

Though both measures were designed to create a medical marijuana system, the scope and allowances of each were vastly different. Initiative 65, which passed, has a broader reach with less restrictions on patients. 65 sets a standard possession limit, names 22 qualifying conditions, a tax rate of 7%, and allows patients to smoke dried cannabis flower. 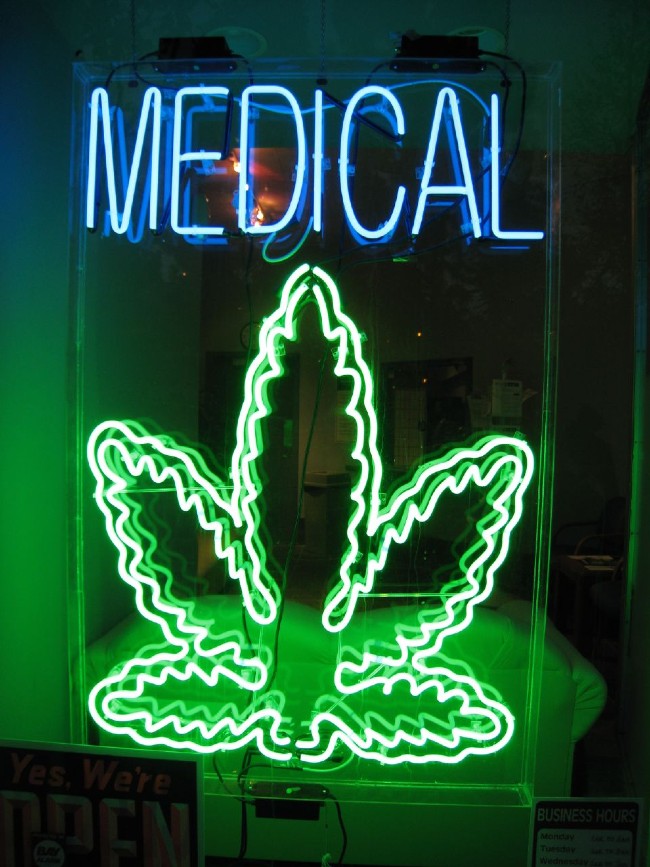 While Mississippi did legalize medical marijuana, it is still unsure when sales will actually begin. photo credit

Similar to New Jersey’s vague outline for a legal market, 65A would not have set any guidelines within the legislation itself for the medical marijuana market, they would later need to be set by state officials. 65A would also specifically prohibit medical marijuana patients from smoking flower. It is possible, and a bit likely, that other provisions set under 65A would have been more restrictive than 65. Mississippi has some more timely deadlines for creating their new medical system than previous states. Medical marijuana guidelines must be set by the state by July 1 of 2021, with cards being issued no later than August 15, 2021. That doesn’t quite mean that dispensaries will be open then. It has been the case before that cards were issued long before dispensaries opened, and was the case in Illinois for many years, and until recently, Missouri. Still there’s no reason to assume those scenarios yet, and with any luck the state will move quickly.

What are your thoughts on marijuana’s success on election day? Share them in the comments below! 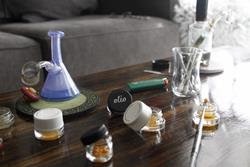 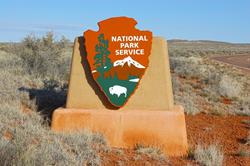 Marijuana in National Parks and Federal Land: What's the Law?

Marijuana in National Parks and Federal Land: What's the Law?