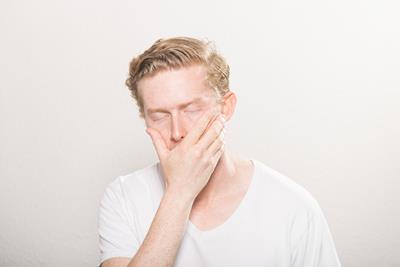 Some cannabis consumers swear that edibles – regardless of whether they promise energizing, upbeat, or heady effects – make them feel sleepy and sluggish. It’s true that edibles can have unpredictable effects for a few reasons, and cannabis in general affects everyone differently. Though there is a lack of quantifiable research, there are a lot of educated guesses as to why edibles make some consumers sleepy.

It Could Be in the Terpenes

Terpenes are aromatic compounds deployed by plants to protect them from predators. Though there is paucity of authoritative research on how terpenes and cannabis work together, terpenes may also provide therapeutic benefits like those associated with the cannabinoids THC and CBD.

Terpenes also provide plants with their signature scents. For example, citrus fruits like lemons are replete with a terpene called limonene, which is thought to be energizing, while lavender, via the terpene linalool, is believed to be relaxing.

A possible answer to the sleepiness could be that the edible contains a terpene like myrcene (found in lemongrass and mangoes), associated with couch lock and sedation, or linalool, which not only has a sedating effect, but is also believed to reduce anxiety and pain.

Before any of cannabis’ euphoric effects can be felt via the cannabinoid THC, it must go through a process called decarboxylation that converts the cannabis precursor THCA into THC. But cannabis is sensitive to temperature, and any overheating could not only degrade terpene quality, but also the quality of cannabinoids like THC.

In fact, in cannabis that has been over-decarboxylated (heated on too high a temperature for too long), THC may convert to CBN (cannabinol), best known for its sedative effects. Knowing whether or not your store-bought edible has been decarboxylated is nearly impossible to tell unless you decarboxylated it yourself.

When it comes to medical marijuana, many patients still need to function while consuming and can’t afford to pass out after a munch of their herbal medicine. Physicians have noticed that experimenting with dosing and timing can help patients figure out their ideal concoction.

Some patients will dose their edibles with a little caffeine or wait to consume until after a nap. These individuals will be less prone to the drowsy, couchbound effects of edibles while able to manage their chronic medical conditions with edibles.

At certain points of a marijuana plant’s life cycle, growers will trim leaves from the plant to put energy and focus on the cannabinoid rich buds. These excess snippings, called “trim,” instead of getting dumped in the trash, are often shipped off to edible manufacturers instead, who typically purchase and receive trim bags from multiple growers – if they are not growing their own cannabis already, of course.

Upon arrival of trim, some manufacturers don’t separate indica from sativa, or trim could be the only cannabis material used during the manufacturing process. Not every edible is specific to indica, sativa or hybrid, and manufacturers often use blends of all three to create their edibles.

If possible, it’s always a good idea to seek out edibles that come in indica, sativa or hybrid specific options. There are even some edible manufacturers that produce strain-specific varieties.

Fully understanding how edibles work in the body is still nascent. The making of edibles has moved far beyond making a small batch of homemade brownies. Large-scale edible manufacturing and how that process affects cannabinoids and terpenes is not yet fully backed by scientific research.

Another factor to keep in mind is that every individual has unique body and brain chemistry and will react differently to cannabis. Finding the right consumption method and strain that works for you has long been a matter of trial and error, and that still stands for edibles. Either way, knowing exactly how that edible is going to make you feel, regardless of whether it says “energizing” or something similar on the label, is nearly impossible to predict without some trial and error.

Do you ever feel sleepy when consuming cannabis edibles? Share your thoughts and experiences in the comments below. 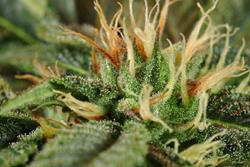