When Canada legalized adult use cannabis on October 17, 2018, some consumer favorites, namely edibles and concentrates, were omitted from participating. Instead, they were placed on a one-year hiatus as lawmakers further examined these items and their potential impact if legalized. Many proponents of edibles and concentrates pushed back on the ruling, citing a series of reasons, including its positive gains for the illicit market.

With the ban on edibles and concentrates set to lift this fall, Health Canada released the framework of the rules that some have dubbed Cannabis 2.0. Depending on who you ask, the laws could be too restrictive or precisely what the nascent legal market needs. Before Canada legalizes the sale of edibles and concentrates, it’s best to know what is allowed. Let’s unpack the situation and better understand what Canada’s Cannabis 2.0 is set to look like.

When Do Concentrate and Edible Sales Start in Canada?

The sales of edibles and concentrates in the Great White North will commence in October 2019. Customers will, however, have to wait at least two more months before making any legal purchases. This is due to stipulations in the country's Cannabis Act, which state that a producer must give the government notice 60 days prior to selling any new products. As such, circle December 17, 2019, as the actual the big day. 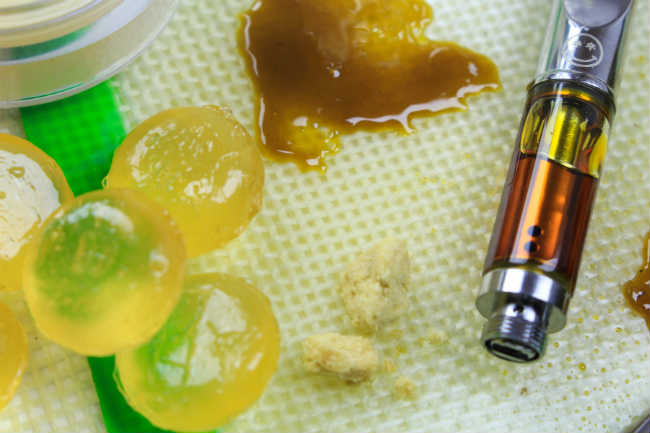 Canada's Cannabis 2.0 will allow the sale of edibles, concentrates, and topicals in October 2019. photo credit

Many forecasts expect that the country will see limited options on the first allowable day for sales. More products should arrive as the market matures. In addition to edibles and concentrates, consumers will also be allowed to purchase cannabis topicals for the first time.

Sales are just one aspect of the updated Canadian cannabis laws this October. Health Canada has dosage limits in place as well. Some in the U.S. may be accustomed to finding their products in 10 milligrams per pieces. This will not be the case in Canada's legal market.

Just like other legal cannabis products, Canada has also placed strict restrictions on cannabis packaging. This includes banning any marketing that may appeal to children. And while many have gone overboard labeling cannabis products as medical fix-alls, Health Canada ensured that would not be the case on any packaging by banning any health statements.

Child safety was also part of the reason why certain flavors are banned from products. An admirable effort, indeed, except for the unclear distinctions made in the current rules. Banning appealing shapes, flavors and colors is a practice some America states have put in place. However, in those cases, there tends to be a more clear-cut delineation of what is and isn't allowed. Instead, Health Canada has just stated that a product cannot appeal to young persons. What is clear, however, are bans on certain ingredients, including sugar, vitamins, nicotine, alcohol and caffeine, among others. These limitations could significantly cut into product development. Health Canada has said that cases will be evaluated on an individual basis.

The new rules have created a discussion amongst Canadians in and out of the industry. Some commentators feel the laws are too restrictive while others applaud the rules as just what is needed. Some champion the country's approach, shying away from states like Colorado and instead embracing more aggressive marketing restrictions and opting for single-dose packaging for edibles. These proponents are often championing caution instead of learning from a looser market early on. In what may be a bit of an ironic reach, they would instead opt for the edibles mantra, of start low and go slow.

Others have warned that sweeping ingredients bans could lead to bland edibles and packaging. Some fear that single-serve edibles packaging will create additional environmental problems the legal cannabis industry has had to address elsewhere.

Concerning the taste of products, advocates for less restrictive rules argue that products with no taste won't appeal to consumers despite being infused with THC. Others believe that rules limiting even the association of such banned ingredients will dampen the potential growth of Canada's market, which could total up to $3 billion according to some forecasts. In this case, cannabis products cannot even say that an item tastes like a wine, beer or caffeinated product. Meanwhile, some others believe that Cannabis 2.0 will be just the latest social experiment that comes with cannabis legalization. With rules seemingly in place, we’ll have to see what else develops before and after the big day.

How do you think Canada’s edibles and concentrates landscape will play out? Share your thoughts in the comments below! Can THCV Help with Weight Loss?

Can THCV Help with Weight Loss?