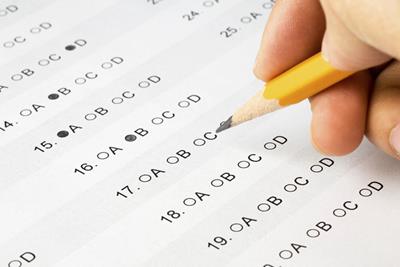 Cannabis legalization has proven beneficial for many reasons – marijuana’s therapeutic value improves lives and reduces addiction, the industry growth and potential is good for the economy, there’s even been a reduction in crime – and yet there are still those who insist that chronic cannabis consumption (no pun intended) just makes people dumb. To make matters worse, a 2012 study (pdf) has supposedly found proof that pot use decreases a person’s IQ over time. This misinformation has spread like wildfire among anti-pot publications for the last five years, leading to increased confusion on the matter.

There are a lot of factors that go into play when studying these trends – and making these claims – and even more that researchers strategically leave out. So, before you encounter another anti-pot crusader planning to act poetic about the perils of cannabis and intelligence, let’s take a closer look at what these studies really suggest.

The Science Behind Cannabis and IQ

There is very little research studying the long-term effects of cannabis, and the information that is out there is extremely limited. This makes it difficult to come up with accurate conclusions and even more difficult to infer with certainty that trends in any given study represent accurate correlations between cannabis and (fill in the blank).

For example, because cannabis remains illegal, it can be difficult to find test subjects in the first place let alone ones who will stick around for the long-haul. Consumption trends are also hard to monitor due in part because of its illegal status and in part because of the many variables that go into product potency or individual tolerance levels. But perhaps the most variable factor of all, the one that will determine whether a study churns out positive results or negative ones, are researcher biases.

If a study stands to lose funding if it does not return the ideal results, researchers may be forced to skew the results in favor of whomever is providing funds.

So what does this tell us about the IQ study? Well, first, it forces us to look at the size of the test group. While more than 1,000 people were tested, the number of regular users (3+ times per week) was very small (+/- 40) and did not account for variables like home life or income. Furthermore, the drop in verbal test scores could likely be due to the fact that, as adults, the subjects simply didn’t have the test practice that they did while in high school. Considering there was no drop in analytical test scores (mathematics and puzzles), a faulty test design might be a factor.

Let’s go back to that last point: IQ tests measure both verbal and analytical skills. Verbal skills include things like vocabulary, memory retention and information while analytic skills include mathematics, block design and so on. Though there was a slight drop in verbal skills, non-verbal analytic skills witnessed no significant drop. Furthermore, there are many other forms of intelligence that don’t even come into play in this study. Intelligences like social, emotional, artistic, mechanical intelligence and creative thinking. Interestingly, these are all areas cannabis seems to improve, at least according to empirical evidence.

To understand how cannabis affects intelligence, it’s important to understand exactly how information gets processed in the brain. Basically, every time you have a thought, take a breath or experience a sensation, your brain is sending electrical signals from one neuron to the dendrite of another. Sometimes, the receiving neuron remains on and passes the message along to the next one and sometimes it turns off, takes a break, and the signal dyes. This happens to give the brain a chance to rest and focus on other areas as needed.

Don't worry, lighting up that joint won't make you stupid. In fact, it may make you smarter and more creative!

When THC gets involved, it interacts with this process, essentially hijacking the pathways and deciding for us what to focus on and what to ignore. When the pathways close, we lose track of our thoughts mid-sentence or have a hard time focusing in class, but when they stay open, they fire in all sorts of interesting ways! This out-of-the-box (“divergent”) thinking plays a key role in marijuana’s ability to promote creativity and is likely the reason so many successful people are daily cannabis consumers, as well.

Using Cannabis to Promote Creative Thinking in the Workplace

Aside from the obvious qualifications inherent with the desired position, there are a few characteristics that most employers are now seeking. Flexibility and hard work, yes, but more than that, employers want employees who are creative thinkers, problem solvers and strong communicators. They also want employees who are culturally sensitive and empathetic to the needs of others.

Because cannabis has been shown to improve divergent thinking, employees who consume cannabis have the added advantage of creative problem-solving skills. This could be one reason many companies are choosing to ignore cannabis use as a prerequisite for hire, including the FBI.

Studies also suggest cannabis use might improve connections in the orbitofrontal cortex, or the part of the brain that responds to rewards, adversity and empathy.

This could correlate with an increased likelihood of cannabis users to connect and empathize with those around them (or it could have something to do with the diversity of the typical stoner circle) which is another major factor considered by employers prior to hire.

Professionals Proving You Can Get Stoned and Succeed

Anyone insisting cannabis causes laziness (or “amotivational syndrome” as some people call it) isn’t paying attention to the plethora of successful people who consume cannabis. People like Steve Jobs, Stephen King and even former president Barack Obama all admitted to consuming cannabis and have still made it to the top of their professions. Some creatives like Picasso, Shakespeare and the Beatles even credit sweet Mary Jane as the inspiration behind their success. And that’s not even to mention the whole industry founded by stoners who obviously have to be pretty intelligent to convince legislation to back us! Given its track record, it’s safe to assume cannabis use does not adversely affect intelligence or a person’s ability to succeed.

The notion that cannabis makes people dumb is an outdated concept that just won’t go away!

Though there is no solid evidence suggesting cannabis causes either an improvement or decline in cognitive ability, based on the trends we’ve seen, it’s quite possible cannabis may improve certain types of intelligence – ones that many employers find beneficial, no less. So the next time someone tells you pot makes people stupid, gather your thoughts, collect some research and prove them wrong!

Do you think marijuana affects IQ? Why or why not? 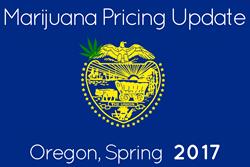 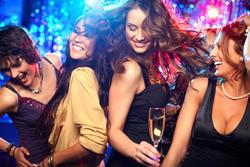