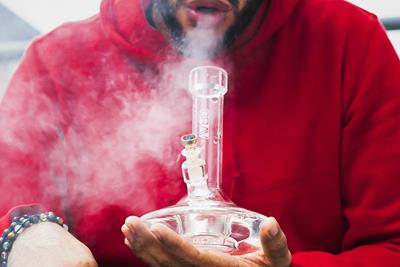 A common cannabis culture urban legend states that coughing after consuming a hit of cannabis will help you get more high. It stands to reason, right? After all, it feels like a cough induces great gulps of air, which must push all that THC more quickly and potently into the alveoli – those little lung sacs that absorb oxygen, and when inhaling cannabis, THC – into the bloodstream. Or, if you are in the “coughing isn’t cool” camp, and you choose to keep that cough in, maybe all that cannabis smoke full of THC and other cannabinoids hanging out in your lungs can up your high, right? Well, the answer to both questions is, not exactly. Let’s take a look at what happens when you combine coughing, or in some instances not coughing, and THC.

Cannabis and Coughing: An Overview

The act of coughing in and of itself is a rapid inhalation of oxygen followed by rapidly expelling the air from the lungs. In other words, when taking a hit, the air goes quickly in, then with a cough, quickly back out. This essentially reduces the concentration of smoke, which in turn reduces the concentration of THC. When coughing, less THC reaches the alveoli, responsible for sending THC via oxygen into your bloodstream. 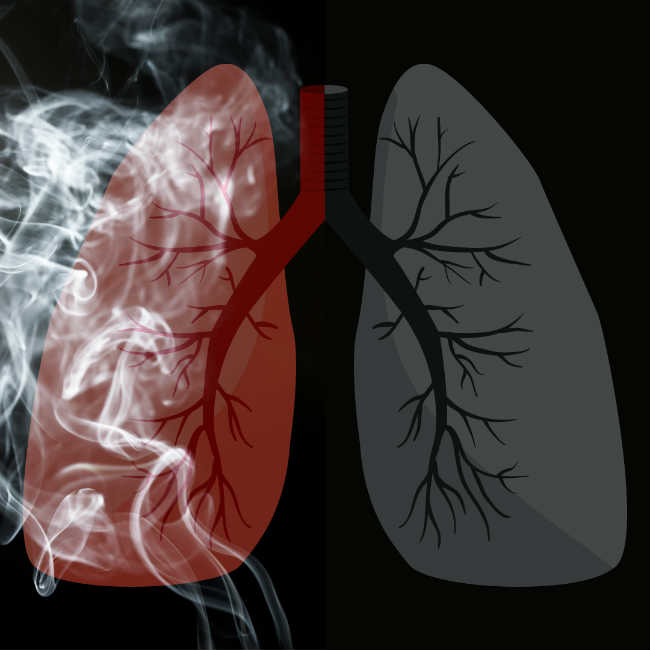 Others assume that by taking a large enough hit to induce a cough that you’re consuming more herb, which would also increase the high. However, this doesn’t necessarily mean you’ve inhaled more THC. It most likely means that you just inhaled more smoke, which of course, makes you cough. Coughing after all, is the body’s way of clearing out particles like microbes, fluids, mucus, and other irritants like smoke. If anything, the short inhalation ahead of a cough may have more to do with the feeling of being more high, since that sharp intake of air may reach a little further into your lungs. But it’s doubtful that it would make any actual, meaningful difference.

So, if coughing doesn’t get you higher, maybe holding in your hit does? Not so fast on that stoner trope, either. A study from 1997 determined that human lungs are only capable of taking in so much oxygen, about five-to-six milliliters per minute. And a study from Australia showed that 95 percent of THC is absorbed in the first few seconds of taking a hit.

As an experiment, take in a big gulp of air and hold it for at least as long as you would hold in your hit, around 15-30 seconds. Has your heart rate increased a bit, or are you feeling a little dizzy or lightheaded? That is a direct effect of depriving your brain of oxygen. Combined with cannabis, it could definitely give a sensation of being higher. But it doesn’t mean that you are.

Even when coughing the brain is briefly deprived of oxygen, leading to a feeling of lightheadedness, just as it does when holding your breath.

A cannabis consumption device that actually could deliver more THC to the lungs, potentially intensifying your high, is an inhaler. These work for asthmatics and others with pulmonary symptoms by expanding the airways and delivering medicine to the alveoli. However, there is no research on whether a cannabis inhaler could get you higher, so this is total speculation. There are a couple of cannabis inhalers on the market, intended for medicinal cannabis consumers. The Santana Smooth, named for the song collaboration between Santana and Matchbox Twenty’s Rob Thomas, is specifically designed for medical patients and delivers a precise hit. Another is the Aeroinhaler, a cannabis concentrate inhaler that adds resin and terpenes back after the extraction process. Both are available in many Colorado dispensaries.

Do you think coughing after taking a hit makes you higher? Share your thoughts and experiences in the comments below! 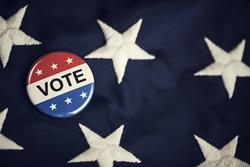 Will Cannabis Be an Election Focal Point?

Will Cannabis Be an Election Focal Point? 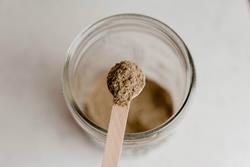 The 5 Best Methods for Collecting Kief

The 5 Best Methods for Collecting Kief