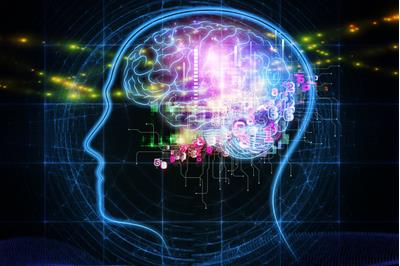 You know that myth that consuming marijuana kills brain cells and causes brain damage? We’re here to bust it. That’s right. We already know that natural cannabinoids found in marijuana can help with PTSD and epilepsy, improve sleep and anxiety issues, boost creativity and even prevent cancer cells from spreading. But recent studies have shown promising data highlighting the benefits of cannabis in regard to cognitive function and neurogenesis.

Neurogenesis is the ongoing process of forming new neurons and is believed to help improve brain functions around learning and memory.


This process is most active while a baby is in the womb. But researchers in the second half of the 20th century discovered that neurons actually continue to form as you age just at a lower rate and level of intensity than when you’re younger.

During adulthood, neurogenesis occurs in the brain’s subventricular zone that forms the lining of the lateral ventricles and the subgranular zone which forms part of the hippocampus. This latter section is responsible for differentiating between similar memories and spatial orientation, which is why regular neuron production and cell turnover is needed.

Neurogenesis is an incredibly essential aspect to successful brain function and overall cognition.

Learning this has changed our approach to studying the human lifespan, as well as the way we think about treatment of drug addiction and psychiatric disorders. New neurons have been shown to improve learning and memory processes, decrease stress and provide mood-boosting effects.

Enter cannabis. When THC is introduced into your system through consumption, your body’s CB1 receptor is activated within your brain and central nervous system. Among other things, this process halts the release of pro-inflammatory chemicals or neuro-inflammation: one factor that contributes to neurogenerative disease.

These biologically active cannabinoids within marijuana act as antiaging molecules in the brain and end up triggering the areas capable of modulating neural activity. We also know that another primary cannabinoid in marijuana, CBD, has serious therapeutic benefits. Some say this can even offset the temporary memory loss that THC causes.

A study found that “cannabinoids appear to be the only illicit drug whose capacity to produce increased hippocampal newborn neurons is positively correlated with its anxiolytic- and antidepressant-like effects.” And a Scientific American article reported that our cannabinoid system wants to keep our body in balance, so when there’s an excess of neuronal activity it will suppress activity and neurotoxicity. But further research is needed to fully understand how the substance works alongside memory and brain function.

Studies show that cannabis does not cause permanent brain changes in long-term users. Yes, you may experience some short-term memory loss immediately after consuming marijuana. But it’s nothing that will last or dramatically alter your brain makeup.

A 2015 study found that there is “no association between marijuana use and standard volumetric or shape measurements of subcortical structures.”

Rather, cannabis can improve the way we acquire and process knowledge. A 2016 study led by McLean Hospital suggests that medical marijuana and can actually improve executive functioning in adults. The study looked at cognitive functions before treatment and then 3, 6 and 12 months after medical marijuana treatment. It’s said to be the first of its kind looking at the impact of marijuana on cognitive performance, finding that patients performed better on certain cognitive tasks after treatment.

Long story short, marijuana consumers will not experience serious cognitive disabilities. They’re much more likely to experience benefits like increased memory retention and easier learning. Who knows, maybe you’ll grow a few neurons in the process and get a brain boost as well. 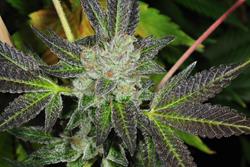 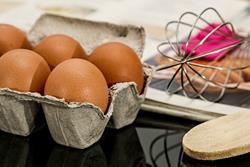