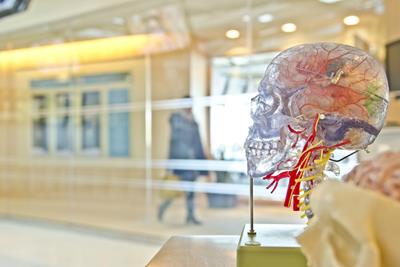 The discussion surrounding cannabis and concussions has been a hot topic in recent years, especially with more research coming out on physical ailments professional athletes are facing – like the prevalence of CTE in the NFL. While more research is needed, it appears that the cannabinoids and terpenes found within cannabis are proving effective as a way to help the brain recover after a concussion or traumatic brain injury (TBI).

While we’re certainly not medical professionals and cannot give out concrete medical advice, we wanted to draw attention to the potential benefits cannabis might offer concussion victims. Without further ado, let’s  take a closer look!

How Does Cannabis Help After a Concussion?

A 2014 research article published in The American Surgeon found that victims of TBIs live healthier, longer lives when they are consumers of THC.


‘A positive THC screen is associated with decreased mortality in adult patients sustaining TBI,’ the authors state. Cannabis isn’t going to save the life of someone who’s suffered a catastrophic injury, but it does seem to protect the brain in people who’ve lived through a TBI.

There are roughly 130 chemical compounds that we know in cannabis. Which ones provide specific relief is still up for debate, especially considering what we know about the entourage effect of cannabinoids and terpenes; they work together in harmony to heal, essentially. 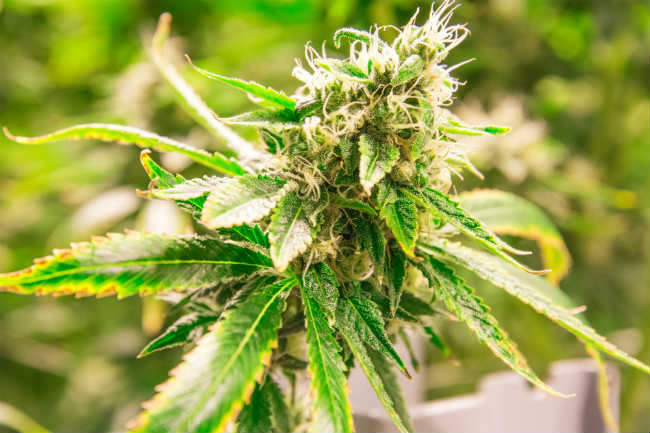 While more research is needed, cannabis is a very promising option for concussion treatment.

The relief that cannabis provides to post-concussion symptoms includes an anti-inflammatory response, pain reduction, mitigated hypotension in the brain and seizure control after particularly nasty injuries. The real question is: can we identify the sources of symptom relief?

Which Cannabinoids Do What?

When it comes to understanding the intricacies of cannabinoid medicine, the majority of compounds in cannabis have yet to be thoroughly studied. The most studied cannabinoids, CBD and THC, have given us insight into their medical benefits when treating concussions.

It’s the most famous, and highly demonized, cannabinoid: tetrahydrocannabinol. The infamous THC. Does it deserve the notoriety? Is its only job to get people high and make them lazy? Of course not!

THC does induce the psycho-enhancing effects related to consuming cannabis, but it does more than that. It’s a medicine.

When Tel Aviv University’s Adelson Center for the Biology of Addictive Diseases looked into this as it relates to brain health, Professor Yosef Sarne said the team co-related protective mechanisms in the brain with the consumption of THC. Science Daily had access to all the original materials and they determined “the use of THC can prevent long-term cognitive damage that results from brain injury.”

What happens when your brain ricochets off the inside of skull? The same thing that happens to any part of your body after a hard collision: it suffers an injury. Whether it’s a bruise, a broken bone or a concussion, our bodies produce an inflammatory response.

CBD, or cannabidiol, has been shown to decrease inflammatory cell activation and pro-inflammatory cytokine production. It is also known that CB1 activates vasodilation and thusly has an impact on TBI-induced hypotension. Likewise, by disinhibiting the output of GABA, the CB1 receptor antagonist may protect against seizures in particularly damaging concussions. 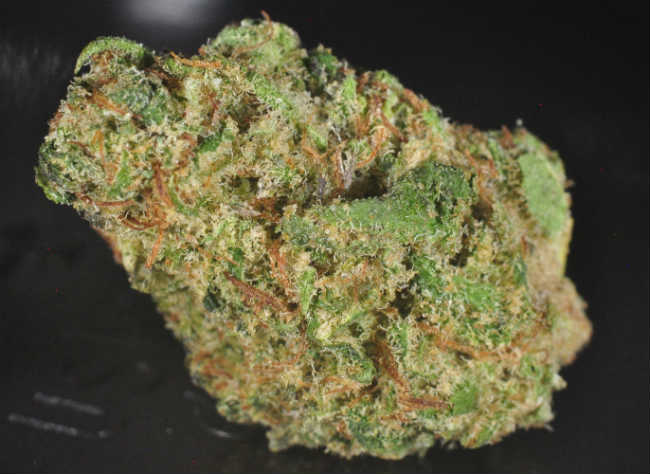 Strains that have a high CBD content, like this ACDC pictured above, are great for helping treat concussions.

These realms and more could prove to be massively important as the research moves deeper into how cannabinoids can be used to treat concussions. Though there’s even less published research into the other 100-plus chemical compounds in cannabis, more research institutes and universities are considering them and encouraging others to do so as well.

There’s currently no treatment for a concussion other than rest and anti-inflammatory pills, making it a potentially difficult road to recovery for anyone who suffers one. However, there’s some good news in this story. Researchers at the University of Miami have opened their minds to discovering what more can be done. 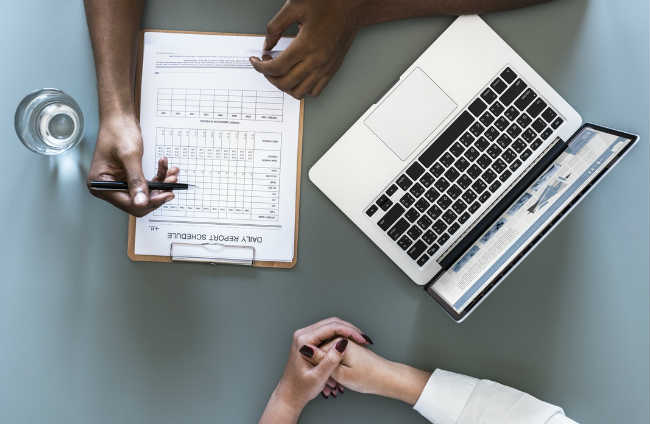 They’re looking at treatments for concussions using cannabis without inducing the psychoactive experience. Their study will focus on manufacturing a pill over five years that concussed patients can take to prevent brain damage. How? Their initial findings suggest combining CBD with dexanabinol. Together, they suggest that repair mechanisms in the brain are activated and calcium, which saps their energy and metabolic performance, is prevented from congregating in damaged cells.

Michael Hoffer, a professor at the university who will conduct the trials, says it’s both protective and preventative. “What the pill would do is stabilize the brain…there are a lot of brain cells at risk [around an injury]. If we can stabilize those, we can prevent the dominos from falling.”

How to Utilize Cannabis After a Concussion

Topical cannabis-infused creams on the back of the neck, smoking, or vaping cannabis are a few quick ways to deliver cannabinoids after a concussion. While they all have a rapid delivery system, topicals are the best option for those who’d rather not have cannabis in their bloodstream. The nerves in the back of the neck are unmyelinated and will directly absorb the compounds in the central nervous system.

Another great option for anyone looking to find relief after a concussion would be to try some high-CBD, low-THC strains. Strains of this nature take advantage of the full-spectrum experience provided by flower, with low enough THC to avoid any major psychoactive effect.

Have you ever used cannabis to treat a concussion? What was your experience? 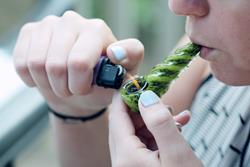 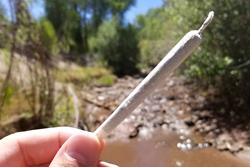