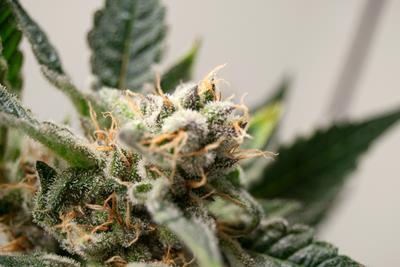 Now that marijuana is legal in much of the U.S., many adults are trying their hand at good ol’ fashioned cannabis cookery. But when comparing home-made edibles to the store-bought ones, there’s often a certain lackluster to the accompanying experience. The reason behind the dull (or non-existent) high happens when a simple step is omitted in the cooking process: decarboxylation.

Decarboxylation is simply the removal of a carboxyl or acid group from the chemical chains of cannabinoids. This happens two ways, either with heat or time, and changes the composition of cannabinoids like THCa and CBDa into more popular (and more psychoactive) cannabinoids like THC and CBD. Though the process happens instantly when sparking a bowl or vaping some green, it is a necessary process when cooking with cannabis to bring out the full psychoactive effects of the bud.

Understanding the Science Behind Decarboxylation

Cannabinoids collect carboxyl groups via photosynthesis, a process during which plants absorb sunlight, convert half of it into energy, the other half into hydrogen (H) and oxygen (O2) then “exhale” the excess oxygen into the air. The free hydrogen molecule then attaches with a carbon atom to create carbolic acids, the most popular found in cannabis being delta-9-tetrahydrocannabinolic acid (THCa), Cannabidiolic Acid (CBDa) and cannabichromene carboxylic acid (CBCa). (Please note, unlike the three cannabinoids listed above which stem from cannabigerolic acid (CBGa), CBNa is actually a product of THCa degradation and not made through photosynthesis).

Though these cannabinoids do not produce any psychoactive effects, they may offer other interesting health benefits. For example, THCa shows promise as an anti-inflammatory and an antioxidant, may be effective in treating intestinal and neurological disorders and may even kill cancer cells in some individuals. Likewise, CBDa is anti-inflammatory, anti-bacterial, anti-emetic (reduces nausea and vomiting) and anti-proliferation (it may induce cancer cell apoptosis). It is because of this, Dr. William Courtney has become such a strong advocate for juicing raw cannabis; higher concentrations of these cannabinoids (and many others) can be consumed at a single time without the risk of overconsumption.

Nevertheless, many people prefer the therapeutic value inherent with decarboxylated cannabis because it makes the cannabinoids more readily available in the body; without that extra carbon atom, cannabinoids like THC can freely bind with cells and cannabinoid receptors in the body.

How to Decarb Cannabis at Home

As mentioned above, the only things required to decarb weed are either heat or time. Because most people would rather not wait a year or more for their bud to fully decarb naturally, heat is the preferred method of cannabis decarboxylation.

Though some decarboxylation happens during a low simmer process – making cannabis oil in a crockpot, for example – experts agree that the most effective way to activate the most cannabinoids is through a slow-and-low toasting process. Though there is some discrepancy regarding the ideal temperature at which to toast cannabis, the basic rule is that the lower the temperature, the longer the decarbing process will take but the more terpenes will remain intact. Conversely, toasting cannabis at a high temperature may burn off more cannabinoids and leave the bud with a burnt, toasted or nutty flavor, but the process takes much less time to complete. Taking this into account, the ideal temperature for cannabis decarboxylation should be between 200 and 240 degrees Fahrenheit. To begin, set your oven accordingly.

Next, line a baking sheet with foil or parchment paper then spread your ground cannabis evenly on it. Once the oven has reached optimal temperature, toast the cannabis for 15-60 minutes depending on the temperature of the oven (45 degrees is average for a 225-degree oven). Once toasted, remove the decarboxylated cannabis from the oven and allow it to cool, stirring once or twice to complete the process.

After the toasted cannabis has rested and cooled (which allows more cannabinoids to re-absorb back into the product), you’re ready to infuse it into oils, dairy products or alcohol. Should you choose to reheat the cannabis to infuse it into a lipid like oil, butter or heavy cream, remember to do so at a low temperature as cannabinoids begin to burn off at around 350 degrees Fahrenheit. The same should be considered when baking with it, too, so look for recipes that either require low temperatures or ones that can be modified to accommodate temperatures no higher than 325 degrees Fahrenheit.

A toaster oven is a great tool for decarboxylation, as it has better temperature control than a conventional oven. Credit: Your Best Digs

Once cannabis has been decarboxylated, it can be used in a number of ways – it can be infused into tinctures, cooking oils or topical lotions, for example – to create potent, dispensary-quality products at home. It’s important to remember, however, that using decarboxylated cannabis will net much greater results than simply simmering it into butter, so consuming home-made cannabis products from decarbed weed should be done slowly and carefully. Every batch will vary in potency depending on many variables including decarb time, cooking time, cannabis potency and the medium used so only try a small bit at first until you understand the effects it will have on you.

If you want your home-made cannabis edibles and tinctures to be as potent as possible, it’s important to add one extra step to the cooking process: decarboxylation. Doing so will increase the potency of your product while leaving behind a nice, toasty flavor, too.

Do you make your own edibles at home? Do you have any tricks you’d like to share with us? 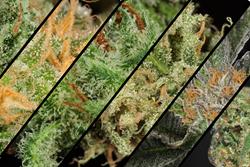 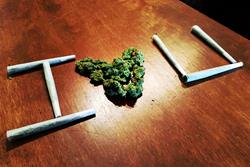