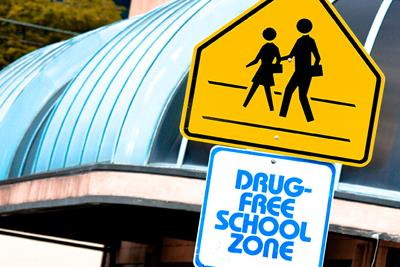 Given the frequent headlines boasting marijuana’s huge tax revenue ($35 million of which specifically allotted for Colorado schools), it should come as a surprise when principals start outlining the massive budget cuts many schools are about to undergo across the state.

Class sizes are also projected to increase in the area as more people move to Colorado, but staff and building infrastructure are not able to expand to accommodate the increased number of students due to a drop in school funding for non-420-friendly counties.

In fact, Colorado and Washington State have both witnessed a drop in teacher salaries throughout the states despite the increased funding brought in by marijuana sales. The results: larger class sizes, fewer resources and less opportunity for expansion in areas that have banned marijuana sales.

Those cities and counties that choose to opt out of this booming industry are missing out on monies to help fund school budgets -- but for understandable reasons. Having said this, the numbers don’t lie and for many, the ban means that there may be a lot of catching up to do.

For many, marijuana legalization seemed like an easy way out of a massive, state-owned debt, but even after generating more than $200 million in marijuana tax revenue combined, Colorado and Washington still have a long way to go to fix their lop-sided budget – and counties that have banned cannabis businesses have even farther to go.

When Amendment 64 passed, many Colorado cities and counties chose to “opt out” of allowing cannabis business licenses within the area. According to the Denver Post, of more than 200 cities tracked by the Colorado Municipal League, only 53 initially approved marijuana business licenses within their boundaries – 165 did not. Washington also allowed cities to decide whether or not to allow marijuana sales with about one-quarter of its cities opposing industry operations. Likewise, 106 Oregon cities have opted out of cannabis sales. These locations do not receive marijuana taxes because they do not sell marijuana.

Reasons for opting out of marijuana sales are pretty consistent across locations; communities fear a rise in crime and a conflicting message for youth. They do not wish to associate with such a seemingly deviant act and oppose the message it conveys to youth that drug use is okay. But many of these locations are starting to change their tune after witnessing a massive influx of cash without getting any in return.

Too Little, Too Late?

While it’s understandable to be apprehensive about such a major shift in public marijuana perception and use, the data so far indicates a huge reward for locations that have legalized it. In addition to the economic boost marijuana taxes are providing, counties with legal marijuana regulations in place are witnessing an uptick in tourism, a rise in real estate and major job growth, as well. In an effort to get in on the action, some counties are reevaluating their anti-pot stance.

Just a few weeks ago, Englewood decided to readdress their pot ban after 18-year-old, Sophia Vamvakias published an editorial in her high school newspaper outlining the need for change.  As Vamvakias explained to the Denver Post, the city has been losing out on valuable revenue which could be used to expand their school and buy supplies for classrooms. As it stands, Englewood residents are driving to near-by cities to make their pot purchases – and they’re bringing their hard-earned income with them. Had Englewood avoided banning cannabis sales in the first place, schools could be expanding, streets could be getting repaired, and residents could otherwise be reaping the benefit of a solid marijuana market in their community.

Though some states have been quicker than others to legalize recreational marijuana use and sales, certain areas within those states lag behind. Those who have chosen a “wait-and-see” approach to marijuana licenses have found that the sky has not fallen in 420-friendly areas – quite the contrary. 420-friendly areas are able to repair damaged roads, boost funding to schools and fund cannabis research; locations with pot bans, however, must wait a little longer to repair their crumbling infrastructure, attract new residents and provide funding to our schools.

Do you think it was wise to ban marijuana in some cities and counties? Why or why not? 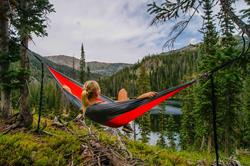 4 Incredible Vacation Spots to Light One Up

4 Incredible Vacation Spots to Light One Up 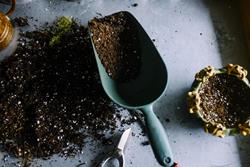 Preparing Your Colorado Soil for an Outdoor Marijuana Grow

Preparing Your Colorado Soil for an Outdoor Marijuana Grow