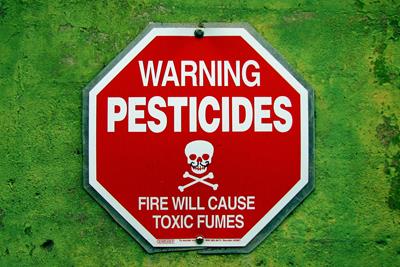 Cannabis Hyperemesis Syndrome (CHS) is a new illness characterized by excessive nausea and stomach cramps and is usually remedied with a hot bath or shower. Formally diagnosed as Cyclic Vomiting Syndrome, this poorly-understood condition is on the rise in legal states with one common denominator among those affected: chronic cannabis consumption (hence the name change).


What’s especially interspersing about this trend is that it is fairly young, while cannabis itself has been used for centuries without the ill effects. Though some speculate it is caused by the new, “more powerful” cannabis on the market, we beg to differ.

The Emergence of CHS

Cannabis Hyperemesis Syndrome is a term coined by J.H. Allen and colleagues back in 2004 as a way of describing the connection between cannabis consumption and Cyclic Vomiting Syndrome. After gathering only nine chronic cannabis consumers (or cannabis “abusers” as the document suggests) who also showed symptoms of CVS, Allen found that all cannabis users showed symptom relief upon smoking cessation. Apparently, this small sample size was enough to conclude that cannabis consumption is the cause of CVS and anti-pot crusaders have been referencing the study ever since.

But, as we’ve discussed multiple times in the past, correlation does not equal causation. The fact that this researcher based such a large claim on such a small sample without considering other variables should be proof enough of that. But the study has been very convincing, causing even pro-pot publications to share in the hype of CHS.

Lending to the discussions, some suggest that this new trend is due to the availability of stronger cannabis and an easier accessibility in the first place. Others suggests that cannabis’s anti-nausea effects could be blocked after excessive use. Still, since cannabis has been used regularly for centuries, why is the trend so prevalent now?

CHS May Be Caused by Pesticide Poisoning

Marijuana is the most commonly used illicit drug in the world; in legal states it’s projected to net over $7 billion nationally this year alone! As its popularity increases and legal risks decrease, a growing demand for cannabis products will naturally result, hence the need for mass cultivation. But humans are not the only ones who love some tasty greenage; pests and mildew commonly infest cannabis and keeping them at bay can be tricky.

To control pests on cannabis plants, many home and industrial growers use neem oil, an organic oil excreted from neem (evergreen) trees to protect them from pest and mold infestation. Neem oil (from the Azedarach Indica plant) has been deemed safe to use by the National Pesticide Information Center with a relatively low risk of toxicity. It has been proven effective at reducing both pests and mildew and can be used safely on fruits and vegetables up until harvest – because they are to be washed clean prior too consumption.

Neem oil can be used as a pesticide/fungicide on cannabis plants, too, but only during the vegetative stage of growth. Once flowers start budding, all pesticide use should be ceased lest the product absorb into the flower which cannot be washed clean without washing away valuable trichomes, too.

But what happens if neem oil is not thoroughly washed from a product before entering the body through the lungs? The same things that happen to those suffering from the suggested CHS. To be clear, symptoms of Azedarach toxicity include:

These are the same symptoms listed for CHS and yet, pesticide poisoning is rarely suggested as a culprit in its onset. Instead, stories of “cannabis poisoning” persist, being upheld by the fact that cessation of cannabis consumption relieves these symptoms. Obviously, if someone consumes a product that is known to cause these side effects then stops consuming said product, the symptoms will cease. Hence, when someone stops smoking weed laced with neem oil, neem oil toxicity will subside.

Cannabis needs to be safe for consumption. This is especially true for medical patients who may be more vulnerable to the ill-effects of certain substances, yes, but is necessary for public health and a better understanding of cannabis itself, as well. As the country weighs the pros and cons of cannabis legalization, the need for pure, organically-grown cannabis is even more apparent.

The popularity of claims such as this new “cannabis-caused” illness is a perfect example of the importance of safe cannabis cultivation practices like organic certification, product testing and carefully scrutinized research.

As consumers, it is also important to understand the source of your products, whether from a dispensary or your back yard. Note any ill-effects of cannabis and change strains/stores as often as necessary to find a product that works for you, and report and long-lasting or concerning side effects to your doctor.

Let’s face it: haters gonna hate, but some of the anti-pot crusaders are tricky with high-reaching credentials, and can be very convincing when standing on their soap boxes. The claim about Cannabis Hyperemesis Syndrome has been especially tricky – even pro-pot publications have implied this is a cannabis-related illness – which further highlights the need to scrutinize everything you read or hear, and look at as many angles as possible before arriving at a conclusion.

Do you think cannabis is the cause of CHS? Or could it be something else? We’d love to hear your thoughts. 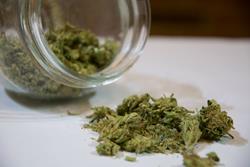 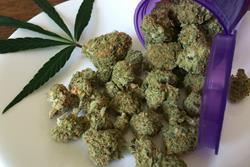