We’ve all heard runners talk about that euphoric feeling they get while running, that sense of being in the zone, or in pure flow. For a long time, that feeling was attributed to the release of endorphins, hormones released by the body that help reduce feelings of exercise-induced pain, and increased feelings of euphoria and pleasure. But, some recent studies have shown that the endocannabinoid system may also be playing a role – and some people even believe the highs experienced with running and cannabis have much more in common than meets the eye.

What the Studies Say

In the study mentioned above, mice were placed on a running wheel for a period of time, then had their levels of pain and anxiety tested afterward. Researchers demonstrated that the mice had an increase in the release of endocannabinoids and reduced pain and anxiety. A second group, who had their endocannabinoid receptors blocked, did not show decreased anxiety or pain sensitivity. The molecule, they believe, responsible for this, is another member of the endocannabinoid family, anandamide. From the Sanskrit word for joy, anandamide is also called called the “bliss molecule.” Its action is to bind to the CB1 and CB2 receptors in our brain, which helps to create a sense of joy and delight.


Sharing a chemical structure similar to THC, anandamide also plays a role in pain management, reproduction, mood, and appetite. Like the other endocannabinoids, anandamide is produced by the body, and is released along with endorphins during exercise, working in concert to create that runner’s high.

But, some people do not experience a runner’s high at all. Dr. Johannes Fuss, who led the mouse study and hypothesized that the endocannabinoid system may be playing a larger role than endorphins in creating the runner’s high, would like to see more research on humans to learn why some people experience that euphoric running high, and is interested in measuring endocannabinoids in the blood to measure the differences between humans, exercise schedules and other variables.

Cannabis and Exercise is Nothing New

There’s no doubt that using cannabis right before or during a workout is trending. Lots of people take cannabis hiking and mountain biking. Ganja-yoga classes abound, there’s a running club for stoners in New Orleans, and the 420 Games, where participants can run, of course, a 4.2 mile course and engage in other athletic events with like-minded folks.

Whether running while stoned is a good or bad idea really seems to depend on the person. For some, cannabis can intensify the entire running experience by enhancing and amplifying the music you may have going in your ear buds and surroundings, and heighten the feeling of connection with your body and the physical environment. For others, that same enhancement can lead to a not-so-great run by scattering your attention, slowing down your reaction time, increasing your heart rate, and could make you clumsy, or even sleepy.

But there are some cardiovascular realities. Smoking before a run can increase blood pressure and heart rate, which can put a damper on a hard run pretty quickly. Vaping is definitely a healthier ingestion route right before a run to avoid the bronchial irritation, or if you plan far enough ahead, an edible. And, there is the pain relief benefit both during and after the run that cannabis provides.

Los Angeles, California-based doctor Frank D’Ambrosio told Civilized, “The body will give you enough to get you high and then shut it down. For this reason, the high generated by combining cannabis with running is finite.” The key could be to conduct some trial and error experiments to find that THC-induced Goldilock’s sweet spot, where your high is just right before lacing up your running shoes.

So, can getting high before a run make it better? That all depends on you. But, remember, for a lot of people, running is already a euphoric experience quite similar to a cannabis high. How you choose to get your high is totally up to you.

Do you feel there are similarities between a runner’s high and a cannabis high? Share your thoughts in the comments below! 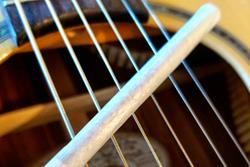 Why is Music Better with Cannabis?

Why is Music Better with Cannabis? New to Cannabis? Here's How to Get Started

New to Cannabis? Here's How to Get Started