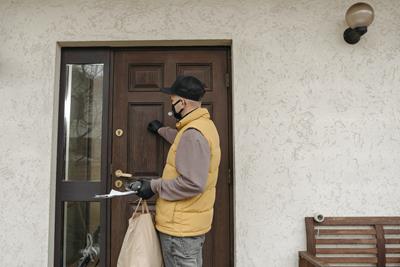 During those long, harmful years of cannabis prohibition, there were pretty much only two ways for anyone to buy their weed. Either you went to your pot dealer’s place, or they came over to yours. Some cities had black market door-to-door service in the form of bike couriers or delivery drivers. Or, to paraphrase the old Mitch Hedberg joke, your dealer might be the mailman (and they didn’t even know it!) However, for the most part, anyone who wanted to purchase marijuana for recreation or medicine was stuck either leaving their home or waiting for whenever their dealer chose to swing by (and then hang out for a while).

As of 2021, a large majority of US states have legalized some form of medical or recreational cannabis, which means those days are in the rearview. States like Mississippi are dipping their toes into limited medical marijuana programs while states like Colorado, California, and Nevada are at the forefront of even more progressive marijuana laws. Door-to-door cannabis delivery services are one of those laws. Following California and Nevada’s lead, Colorado is well on their way towards allowing for recreational marijuana delivery.

The Path to Marijuana Delivery Services Opening in Colorado

As progressive as Colorado has been when it comes to marijuana, cannabis delivery has been a lower legal priority for state lawmakers. There are plenty of reasons for this (even some dispensaries have pushed back against implementing delivery), but a major factor is a lack of popular pressure. Many voters and politicians consider cannabis delivery more of a luxury. After all, most people don’t need pizza, groceries, or whatever they ordered from Amazon delivered right to their door. It’s extremely convenient and a great way not to leave your couch, but it’s not a necessity for most. How is marijuana any different? 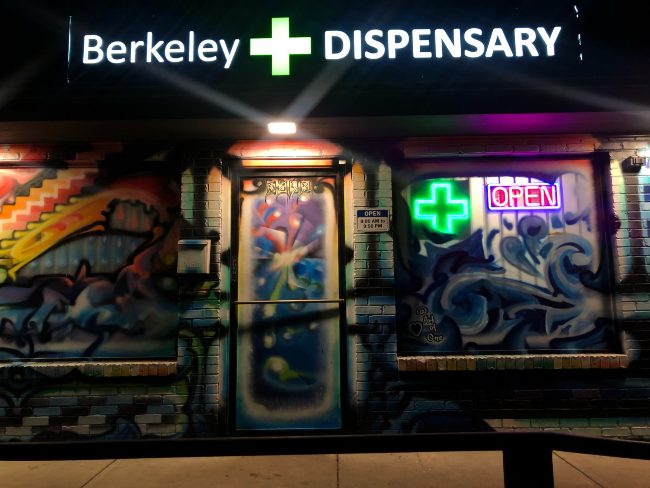 For certain medical patients, trips to the dispensary can be difficult, painful, and even put them at risk.

The first business in the state to get a delivery permit was Native Roots-owned dispensary The Dandelion in Boulder. Participating dispensaries like The Dandelion followed their local laws on medical delivery to the letter, which meant it could move beyond the pilot program stage. Once the option for MMJ delivery expanded to the entire state of Colorado, each city or locality then had to officially opt in to allow the service. Boulder, Longmont, and Superior quickly approved.

Delivery services ran well in all participating cities with no seeming disasters in 2020, and subsequently, we’re finally at the last phase in 2021, where both medical and recreational delivery services can operate across the state.

On January 2nd, Colorado’s government cannabis board started accepting applications from recreational stores, third-party delivery services and licensees for recreational delivery. While all laws are subject to change, the basics are as follows:

First off, each city or locality’s local government has to officially opt in to the law. This is required before any prospective dispensary or business seeking to start a marijuana delivery service can submit their forms requesting a license allowing for delivery from the Marijuana Enforcement Division (MED) who oversees cannabis licensing in the state. Even if a local government has already opted in for medical delivery, they’ll need to do so again for recreational through the MED. The decision for a town or city to opt in for recreational marijuana delivery can be done by a ballot initiative voted on by the citizens. It can also be done by the locality’s governing council if the citizens have already elected pro-cannabis representatives (voting matters, even on a local level.) 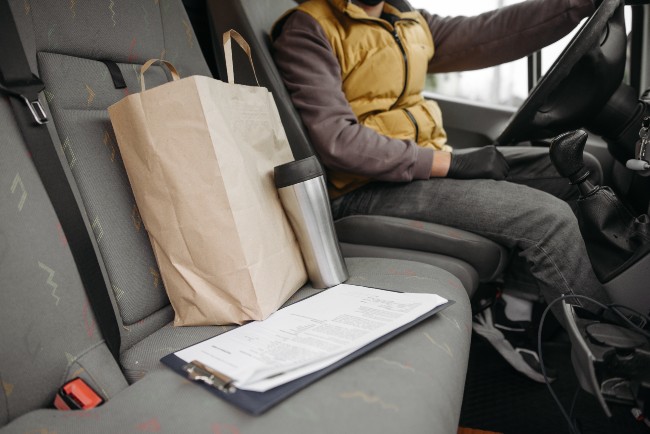 Delivery legality will be made on a city by city basis. photo credit

Once opted in, local lawmakers will be able to add their own requirements onto the state laws. If your local government has decided not to allow dispensaries to deliver in their region, the good news is that you may still be able to get a delivery from another town. The bad news is that the politicians who opted out of delivery are the same ones that will have to give local approval for out-of-town delivery services.

The law also requires at least a one dollar surcharge for any delivery to a customer, which must be given to the town that the dispensary is located in. Delivery fees and tips of course go to the dispensary and your delivery person.

There will be the same amount limits put on delivery purchases as in-store, and dispensaries can’t currently deliver to the same person more than once in a day.

As for how it will all work, one can assume it’ll operate about the same as medical delivery or curbside. The customer will log into the dispensary or delivery service’s website, put in their order and their delivery location, then pay and check out. If they’re going through a delivery service, one can expect an app to soon be available to track their delivery and possibly even place orders from. 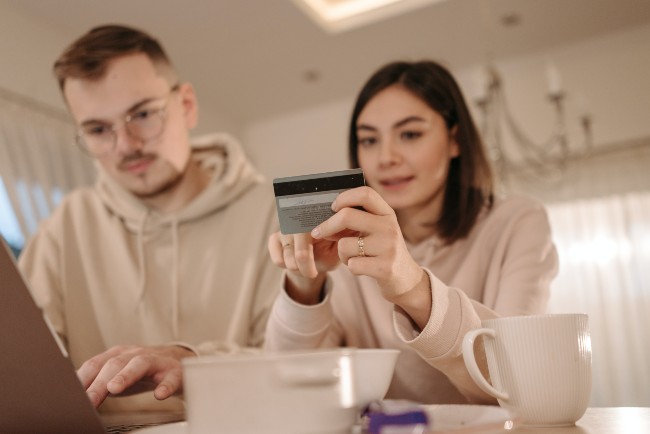 Delivery allows consumers to shop, place their order, and pay without ever leaving their homes. photo credit

Once the delivery person is at the door, they’ll hopefully tip well for the effort. If the dispensary gets a lot of orders they’ll have a dedicated driver. If not, they’ll probably limit delivery to certain days of the week. Other states' recreational delivery markets have a similar set up, and there is nothing in the Colorado regulations that would necessitate their market looking any different.

When Will Delivery Be Available?

So far in this new year of 2021, it’s not yet clear how many dispensaries and other marijuana businesses have applied for a delivery license, or which local governments have opted into delivery. Since Boulder, Longmont, and Superior opted in so quickly for medical, we can assume that their forms allowing for recreational delivery are already in the system. Aurora was loudly first out of the gate when it came to submitting for a recreational delivery license, and though there was a brief delay, legislators approved the vote to opt-in 7-3 in late December.  The approval comes with a 36-month provision to only allow businesses that meet social equity requirements to apply.

Currently Denver is dragging their heels on the issue, however one can only assume that one of the most recognizable cities when it comes to marijuana legalization will soon have delivery services up and running, whatever qualms local officials may have.

As far as when widespread delivery will be available in all of Colorado, it’ll probably happen slower than everyone would like.

Despite the widespread and popular support of legalized marijuana across Colorado, as well as the evidence of positive effects on the economy, there are still some counties that don’t allow for recreational or medical dispensaries within their limits.

It’s hard to imagine some of these places would be fine with allowing delivery drivers to come in and deliver with ease. For other major cities like Denver and Boulder, one can expect some pretty fierce competition in delivery services, with third-party companies springing up to fill any void (Think Door-Dash but with hash.) There is a lot of money to be made for this convenience, especially until widespread vaccinations are available. If you live in a major city in Denver and love convenience, expect there to be a weed person knocking on your door soon.

What are your expectations for Denver’s delivery market? Share your thoughts in the comments below! 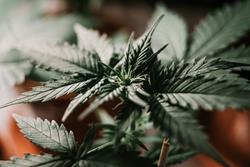 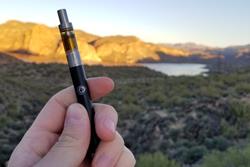