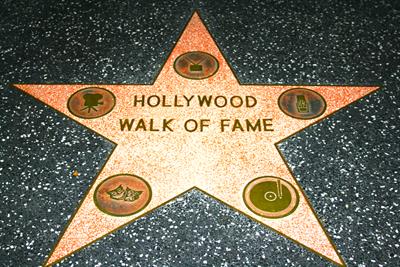 California—it’s known for warmth, waves, celebrities and now weed! The state’s residents voted in November 2016 to legalize recreational marijuana use and the industry is soon to be thriving. Growers already approved for medical marijuana are lining up and expected to be able to get licenses by early 2018.

Even though the legal market is not yet official in California, there are already very recognized, established brands trying to make their mark in the Golden state. Celebrities and California growers are teaming up, with celebs lending their famous names and personalities to what is expected to be a booming business. Now the largest legal cannabis market in the world, the California marijuana industry is expected to grow to $50 billion in the next 10 years.

Which Celebrities are Investing in Cannabis?

Celebrities are rushing to invest in cannabis and get their own personalized marijuana products and accessories to market. 76-year-old Tommy Chong, half of the comedy duo Cheech and Chong, has put his name on a variety of smoking accessories and recently released his new line of marijuana products, Chong’s Choice. His brand is proving to do exceptionally well in states like Colorado, especially with Baby Boomers – the largest growing demographic of cannabis adopters.

Another musician who has joined in on the fun is Wiz Khalifa, who now sells his own line of flower, Khalifa Kush. Keeping with the trend of musicians, the children of late Jamaican reggae singer, Bob Marley, who was an early proponent of global legalization of marijuana, are following in the footsteps of their famous dad. His oldest daughter Cedella launched the Marley Natural brand in 2014, and his youngest son Damian has opened a line of dispensaries called Stony Hill (now closed). The dispensary has several locations in Colorado and just purchased a 77,000 square foot abandoned prison and converted it to a factory in Coalinga, California.

Celebrity cannabis products and brands often fetch a premium at the point of sale. Because of their brand authority, these products typically sell for higher than your average dispensary bud, but it is up to you as the consumer to determine if designer brands are really worth the upcharge.

Even more celebs are considering jumping into the market, like Real Housewives of New York reality star Bethenny Frankel. She sold her popular Skinnygirl line of low-calore alcohol products to Beam, Inc. for $100 million. She still works with Beam and is advocating expansion of the Skinnygirl brand into the marijuana industry. It will be unique because their strain will be engineered to curb the munchie effect.

Frankel‘s not the only one with a creative product idea. Rocker and Grammy winner Melissa Etheridge is preparing to launch a cannabis-infused wine to give consumers the benefit of marijuana’s effects without smoking. Etheridge has been a huge proponent of medical marijuana since her battle with breast cancer several years ago.

Melissa Etheridge's cannabis-infused wine tinctures are great
for those who don't want to smoke. photo credit

Other celebs are advertising products. Whoopi Goldberg and Sarah Silverman have both sung the praises of vape pens for vaporizing cannabis; Whoopi even wrote an article talking about how she now uses her vape pen instead of fistfuls of Advil to relieve her glaucoma-induced headaches. She says it has changed her life.

While maybe not joining the investment game, many celebs have been proponents for cannabis, including Jimmy Kimmel, Lady Gaga, Cameron Diaz, John Legend, and Rihanna. Actor Woody Harrelson has stated that recreational use should be a personal choice, and said that the 72 million Americans who have smoked pot should not be treated like criminals.

Many cannabis industry insiders love that celebrities are investing in and publicizing the industry. They say celeb involvement paves the way for cannabis legalization to be accepted by a broader group of people; it also helps to legitimize and normalize the plant, and it doesn’t hurt for pot to have a cool and glamorous image just like these celebs do. 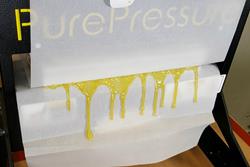 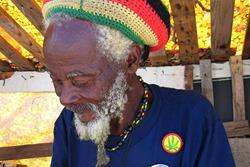 Is Weed Legal in Jamaica? An Overview of Cannabis & Jamaica

Is Weed Legal in Jamaica? An Overview of Cannabis & Jamaica