Athletes’ bodies take a beating. Regardless the sport, an athlete’s body goes through significant sums of pain each practice and game. And as the studies around Chronic Traumatic Encephalopathy (CTE) have shown, the pain can be lifelong. Other lifelong pains have crippled or deteriorated the quality of life for most of our favorite sports stars. Those pains extend well beyond retired and current sports elites. It can even happen to children.

Nine in 10 NFL players told The Washington Post that they played hurt during their career. This comes as no surprise as the league’s depth charts are highly competitive. A starting spot can be lost in an instant. And in a sport where contracts often fail to reach their actuality, players are released and may never see another opportunity.

So, how can players maintain their careers and quality of life?

An increasing number are suggesting its cannabis, namely cannabidiol (CBD).

CBD as a Remedy

CBD alone acts as a healing property with many essential vitamins and minerals without getting you high. It takes a combination with the cannabinoid THC to form the high we all know so well. It has also been noted that CBD works with terpenes as well to create the effects of a high in our body.

Today, CBD, one of the least active cannabinoids in cannabis, is becoming a popular choice for all sorts of pain - including sports. However, leagues and governments remain in opposition. Regardless, some active and retired athletes are standing up for it as a remedy.

CBD now comes in a variety of forms and has many different applications. HempLife Today

This gained the attention of the World Anti-Doping Agency (WADA). Come 2018, CBD will be removed from its list of prohibited substances, allowing Olympic competitors to use it as a healing option. Athletes will still need to monitor their sources to remove any questionable products or risk suspension or disqualification from their events.

Former NBA Commissioner David Stern recently voiced his support for his league to remove marijuana, not just CBD, from its list. For the NFL, it continues to restrict CBD and all other forms of cannabis. Embattled Commissioner Roger Goodell stands staunchly opposed to change. However, several owners, including one of Goodell’s fiercest rivals, Dallas Cowboy’s Owner Jerry Jones, is rumored to be pushing for a full cannabis repeal.

Athletes across several sports are now voicing their support for similar rule changes. An active player in another professional football league told PotGuide, on the condition of anonymity, that CBD has "greatly reduced the pain and recovery time" in his elbow after many injuries. He, like many athletes, wasn't a marijuana smoker. However, he opted for CBD after being educated on the matter, something many in his and other leagues lack in regards to cannabis overall.

In the NFL, two active players have come forth so far. Offensive Tackle Eugene Morgan and Tennessee Titans linebacker Derrick Morgan both joined the campaign for the CBD research program for retired players, When the Bright Lights Fade.

When speaking about CBD usage and other athletes, Morgan said, “You don’t have to take it, but you should at least know about it if it’s going to help you protect your brain and protect your body.” Meanwhile, Eugene Monroe retired after thinking about his long-term life and his family. When it came to managing his pain, Monroe said: "Cannabis was a glaring option."

Other retired players like Jake Plummer, Ricky Williams and many others now champion the cause.

One of the more notable retired players is Marvin Washington. He also never consumed cannabis before turning to CBD after retiring. Now, he is one of five plaintiffs challenging the 1970 Controlled Substance Act and the U.S. Department of Justice’s current stance.

Washington echoed similar sentiments about player understandings of CBDs. After research and learning, he discovered that "As a former professional athlete, CBD is oil for the tin man. I take a CBD tincture daily and use CBD based cream for muscular aches and soreness."

His participation in the case stems from two points, “One, it's unconstitutional for cannabis to be a schedule one drug, as the government has a patent on cannabis and knows its medicinal benefits. Two, it's racist. Richard Nixon wanted to go after two groups, hippies and African Americans. Hippies because of their opposition to the Vietnam War and African Americans, because he was a racist.”

Companies in Support of CBD and Sports

Shawn Hermanson, CMO of cannabinoid-based nutraceutical product maker Boulder Botanicals and Bio-Sciences (BBB), believes CBD gives players hope. He notes that many are calling CBD a "miracle supplement" and that leagues might be warming to the idea sooner than later. "A good sign that the stigma surrounding CBD is diminishing is that I am receiving calls from sports agents about once a week, inquiring about CBD and how exactly it helps athletes."

Other former athletes, like previously mentioned NFL running back Ricky Williams and NBA player Cliff Robinson, have joined the canna-business. Williams, who briefly retired from the NFL, admitted that “it was kind of true” that he left the league to smoke weed. However, he furthered that it was not in “the way that people see it."

Many are entering the CBD for athletes marketplace. Hermanson and BBB see CBD being an immediate remedy to vicious hits. “Studies have shown, that after an athlete has taken a blow to the head, the degenerative buildup of proteins begins. Administering CBD’s almost immediately will reduce this build-up.”

It’s uncertain if or when any more leagues and governing bodies will change their cannabis stance. With science and data mounting, the proof of concept appears all but concrete. For a sport like football where permanent brain damage is now a common side effect of the game, CBD could be its lifesaver. For other athletes, CBD could also become a natural solution to their troubles. And if Marvin Washington’s case proves victorious, the discussion could be over altogether in America. 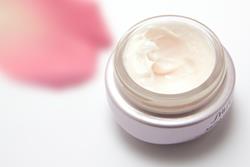 The Rise of Hemp and Cannabis Beauty Products

The Rise of Hemp and Cannabis Beauty Products