If you’re a Colorado resident, then you have undoubtedly been affected by the cannabis industry in some form or another. With dispensaries popping up on every corner and big tax revenue being pumped back into the economy, the green little plant is becoming hard to ignore.

Colorado raked in a whopping $1 billion in legal cannabis sales in the first 10 months of 2016. The Denver Post noted that the market could hit $1.3 billion by the end of the year -- an approximate 30% increase in sales from 2015.

Thankfully, legal sales come hand in hand with cannabis tax revenue. In fact, Colorado received over $150 million in taxes from the recreational cannabis market in the first 10 months of 2016 -- $50 million of which comes from an excise tax that goes directly to school construction and other related projects. These taxes also improve Colorado social issues like homelessness, school bullying, low-income scholarships and marijuana education and prevention.

Colorado’s cannabis tax revenues are being put to work in a truly positive light. By helping the homeless during the harsh Colorado winters, educating children, schools and parents of the dangers of bullying and paving a way toward better marijuana safety, we can effectively break down the stigmas surrounding the plant one dollar at a time.

Colorado voters approved Proposition BB on November 3rd, 2015. This proposition permits the state to keep the surplus marijuana money, totaling about $66 million, and to spend it on community programs like anti-bullying education for the winning schools.

Schools must apply for the grant in order to receive the pot-funded program money. When chosen, 50 schools will be receiving grant money for anti-bullying programs in January 2017. Schools had until Oct. 21, 2016 to apply for the grant and the winners will be announced on Dec. 30, 2016.

The city of Aurora is giving away $4.5 million in marijuana tax revenues to help combat homelessness. Aurora, much like the rest of Colorado, is increasing in population every day and as the city grows, so does its homeless population.

This is why Aurora feels compelled to support those who are homeless as well as to prevent homelessness. They intend to do so by allocating the marijuana surplus revenue towards homeless programs, like Colfax Community Network (CCN), over the next three years.

CCN provides services such as outreach, meals and youth and family support to more than 8,000 homeless people in Aurora every year.

Educate the Public on Marijuana Safety

Now that recreational marijuana is legal in Colorado, it is in the best interest of communities to fully understand the dangers and health benefits of marijuana. Even if you’re not a consumer, it’s important to surround yourself with accurate facts about the drug.

This is the responsibility of the state and of its citizens. That is why Colorado is allocating $2.5 million of the pot tax revenues to go towards marijuana education and prevention campaigns.

Students in the free and reduced lunch programs are eligible to apply for one of the four-year scholarships. Scholarships are valued at $2,500 to $7,600 annually.

Adams County commissioners state that less than 31 percent of Adams County residents hold at least an associate degree. This is the lowest percentage of any county in the Denver area and among the lowest in the state - making this program ever pressing and urgent.

The points mentioned above are but a few ways in which Colorado’s marijuana tax surplus is going directly back into bettering the community. Thanks to Colorado’s $66 million marijuana tax surplus in 2015 (and over $150 million in 2016), our low-income neighbors can afford college and our homeless population will feel warmth, not hunger. As Colorado residents, we are lucky to have surplus tax dollars that go directly towards the improvement of our community. 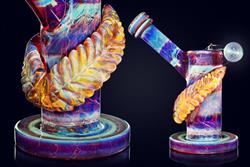