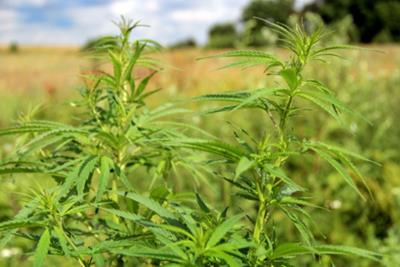 Today’s cannabis consumers are a lucky bunch. In the modern cannabis market, cannabis is frequently grown indoors in optimal conditions. Cannabinoid-rich and ripe with terpenes, grows can be tailored to the modern consumer demanding big and fragrant buds with high potency.

It’s easy to forget then, that cannabis is an ancient plant and has been used by humans for food, rope, sails, medicine, and ritual for millennia. In more recent history, cannabis was included in the U.S. Pharmacopeia, a book that has detailed the food, medicines and supplements people rely on for their health for more than 200 years. Join PotGuide as we take a look at the wild-grown roots of our favorite plant.

A Brief History of Wild Cannabis

Our forebears who understood cannabis’ therapeutic benefits didn’t grow cannabis in warehouses or massive greenhouses. They found it in its natural habitat, in the hills and countryside around them. And wild, aka feral cannabis, can be found growing practically everywhere throughout the world and on every continent with the exception of Antarctica.

Wild cannabis will thrive without human intervention in most climates (with the exception of hot and arid desert or very cold climates), but does particularly well in more temperate regions such as Northern California’s Emerald Triangle and the Himalayas.

It is believed that wild cannabis originated in Central Asia, where burned cannabis seeds dating back to approximately 500 BCE were found in the graves of shamans in China and Serbia. Over time, cannabis made its way to Africa, Europe, and the Americas, where hemp played a large role in the lives and economies of early U.S. settlers (the Massachusetts, Connecticut and Virginia colonists were required to grow hemp).

What is Ditch Weed?

You’ve probably heard of ditch weed, a term that’s used to refer to cannabis that grows wild here in the U.S. The name suggests its ability to grow anywhere, “even in a ditch.” The theory goes that ditch weed is a descendent of industrial hemp which was bred and cultivated legally prior to the Marihuana Tax Act of 1937.

Although ditch weed is technically smokeable, its effects will be minimal to nothing. photo credit

However, here’s the thing about ditch weed. Even if you stumbled into a field of it, you wouldn’t necessarily want to bother consuming it. Ditch weed is full of seeds and is low in both cannabinoids in general, and THC specifically. Nonetheless, that doesn’t stop the DEA  (Drug Enforcement Administration) from attempting to eradicate it. Even today, when more Americans than ever have access to quality, legal pot, the organization spends millions of taxpayer dollars trying to get rid of it. While it can be smokeable, the kind of low-quality experience it offers is the exact sort of thing that drives the push for better standards in legalized and medical cannabis markets.

Cannabis Ruderalis in the Modern Industry

Across the Atlantic, cannabis ruderalis is the Asian, Central and Eastern European, and Russian version of ditch weed. Named because of its propensity to grow in less than ideal environments (the definition of ruderal is a plant growing on waste ground or among refuse, from the Latin “rudus” meaning rubble), cannabis ruderalis is a short and bushy plant whose genetics lay somewhere between indica and sativa and are adapted to their local environments.

Like ditch weed, cannabis ruderalis lacks high levels of curated cannabinoids like THC, though ruderalis often contains about the same amount of CBD as hemp plants, averaging out to about 12-18%. 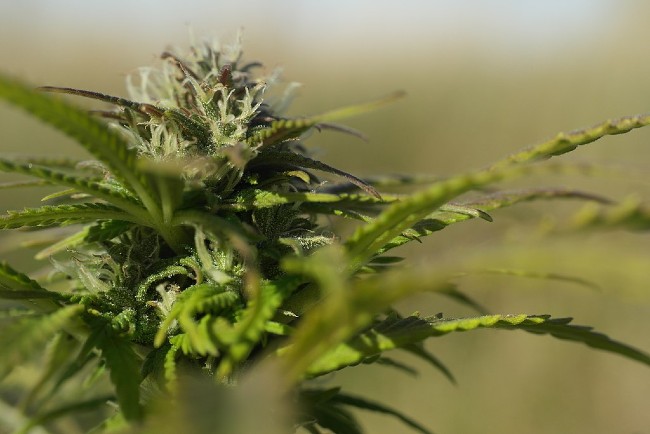 Unlike ditch weed, cannabis ruderalis has made a massive impact on current cannabis breeding, because ruderalis begins flowering with age as opposed to changes in light cycles (also known as their photoperiod). Through selected crossbreeding, this has allowed breeders to develop auto-flowering strains that make it much easier for less experienced growers to successfully harvest their own plants.

Ruderal plants themselves are defined by being able to “first to colonize disturbed lands” – meaning they are what is the first to spring back after natural or man-made disasters. Subsequently, when crossbred, ruderalis also imparts some of its genetic heartiness, making descendant plants more resistant to negative impact.

The majority of modern consumers will never encounter ditch weed, but a large majority will encounter buds grown from autoflowering seeds. The cannabis that most of us know and love is very different from wild-growing cannabis plants, but the two share a deep connection, both in showing us how far we’ve come, and helping to create the next generation of cannabis.

What is your experience with wild cannabis? Share your stories in the comments below! 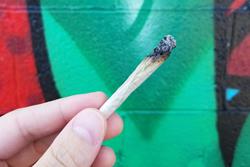 What is a Pinner Joint? (And How to Roll One)

What is a Pinner Joint? (And How to Roll One) 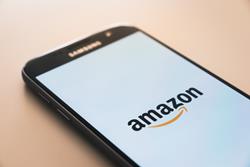