The coronavirus pandemic continues to loom over our lives. Despite its presence, the cannabis industry continues to move. Such movement includes forward, stalled, and, sadly, backward movement. Each of this month's varied news represents the complex nature of the cannabis space – encompassing its milestones and devastating setbacks. All this and more in some of the top cannabis news for May:

Cannabis in the COVID-19 Stimulus?

Democrats in the U.S. House of Representatives worked the SAFE Banking Act into its array of provisions included in the $3 trillion stimulus bill announced in mid-May. If approved, the cannabis business in the U.S. would finally have access to banking and other financial institutions. While not making cannabis legal, the approval would be a historic step forward for an industry that currently has to bank its own money, making itself glaring targets for crime.

Cannabis Jobs in Demand During COVID-19

Cannabis may have experienced its share layoffs stemming from COVID-19. That said, the industry has seen an uptick in job listings for months now. Months prior reported on the surge in temporary staffing across the industry. 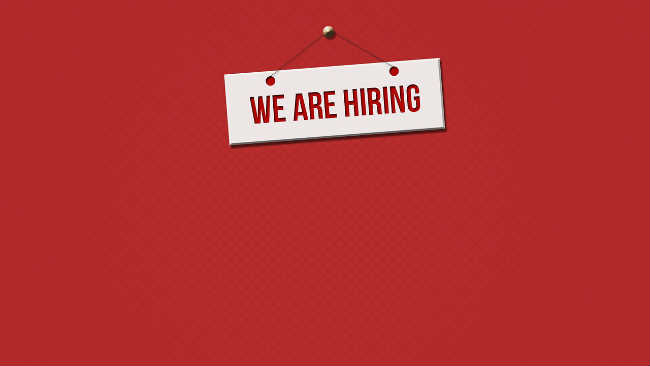 There has been an increase in cannabis job listings lately. photo credit

This month, Politico's Paul Demko, Arek Sarkissian and Mona Zhang reported that cannabis companies continue to hire as the sector performs well across the country during the pandemic. Across six states, the reporters found most companies adding employees, totaling thousands of new jobs created.

Marijuana Aiding in the Fight Against COVID-19?

Consider this next bit of news up for continued research. Initial findings from the pandemic presented concerns that smoking cannabis could enhance COVID-19 transmission, or worsen its effects. Weeks later, research would suggest that smoking may prevent transmission at a higher result, though COVID-19 symptoms could be immensely worse if a smoker were to contract the virus.

Now, reports suggest that cannabis may play a role in treating and preventing COVID-19. Researchers in Canada recently produced 13 high-CBD strains C. sativa extracts that may down-regulate serine protease, a protein critical in allowing the virus to enter cells. Keep in mind that research supporting or debunking any cannabis treatments with COVID-19 remain inconclusive, as they require additional research.

Federal Funds Could Be Pulled from States that Allow Medical Cannabis

State mental health programs could be at risk of federal funds if they allow students to consume medical cannabis. The news comes after Maine's education department announced on May 18 that it no longer qualifies for the funding. The decision is based on a mostly unreported 2019 policy shift by the Substance Abuse and Mental Health Services Administration (SAMHSA). The SAMHSA ruling now prohibits funds to go towards institutions that allow cannabis treatments for substance abuse or mental disorders. Other states allowing student consumption, such as Colorado, Illinois and New Jersey, could all face similar consequences.

26-year-old Breonna Taylor was an EMT with hopes of becoming a nurse. Instead, this past March, Taylor became another unnecessary victim of suspect police-related deaths involving minorities, particularly Black Americans.

On May 22, 44 members of Congress, including Senator Kamala Harris and Georgia Representative Lucy McBath, urged the Department of Justice to conduct an independent investigation into the matter.

The letter, endorsed by the ACLU, the Leadership Conference on Civil and Human Rights, and Drug Policy Alliance, followed news from the previous day that the FBI would conduct its own investigation. It is unclear if the FBI's investigation satisfied what is being asked of the lawmakers. On May 14, Kentucky Governor Andy Beshear ordered an investigation into Taylor's death as well.

Lots More to Catch Up On

May marked a month of activity across the cannabis spectrum, indicating that the market could thrive despite the pandemic. Be sure to keep up with news from the U.S. Supreme Court and states, including but not limited to New York, Virginia and Oklahoma.

Stay up on the latest marijuana developments by following PotGuide and all the fantastic writers and publications mentioned in this recap.