The sweeping trend of cannabis legalization across America has helped many people in the United States access homeopathic medicine, make money and leave paranoia behind. However, that wasn’t always the case, and still isn’t in many places. In fact, there are many states with draconian drug laws in place that are strictly enforcing cannabis laws and ruining people’s lives over simple marijuana possession.

Memphis hip-hop artists Marco Pavé and 2030 have experienced the juxtaposition of unjust cannabis laws firsthand. Several years ago, 2030 was arrested on simple cannabis charges, derailing the duo’s tour plans for years. In a state with legal cannabis, those charges would have been obsolete and 2030 would have been operating within the confines of the law.


From tragedy came a learning moment, sparking a desire to educate communities and advocate for nationwide marijuana reform.

Pavé and 2030 have a plan to do just that and set out to inform people of the positives of cannabis legalization through their series of shows, dubbed the UP$ Tour.

With stops in Missouri, Colorado, California, Washington, and Oregon, Pavé and 2030 are taking their message on the road and are using their music to educate people about the benefits of cannabis. As Pavé puts it, he and 2030 are approaching music “as a platform to do something bigger.” This informative mindset caught the eye of Tennessee state senator Lee Harris, who wrote a letter of support to Pavé and 2030 regarding their tour and said that decriminalizing cannabis “can help our society,” which lends credence to Pavé’s idea that “legalization will change lives.”

Getting politicians like Harris on board is great for the cannabis legalization movement and shows how people from different areas of expertise can come together on something constructive. Creating bridges between music, cannabis and politics helps foster a more informed and well-rounded community, allowing for robust conversations surrounding issues such as marijuana legalization.

Pavé and 2030 will be visiting legal states to better understand what legalization looks like and how it has positively impacted these areas while continuing these complex conversations. The duo will be visiting dispensaries, grow houses and more in their quest for canna-knowledge and documenting it all on video for the world to see.

Through those experiences they expect to inform audiences from non-legal states of the benefits legalization provides and hopefully impact the local mentality surrounding cannabis.

Music as a Tool for Cannabis and Social Progression

Music goes a long way in helping people communicate. And with community leaders like Pavé on board, the conversations are sure to pick up and become more and more enlightening.

While the UP$ Tour helped promote the legalization effort as a whole, one of the main focuses of the tour was to show how minority neighborhoods have been disproportionately impacted by cannabis prohibition and how legalization is a big opportunity to uplift those communities.

From adding growing businesses to eliminating one of the largest reasons for incarceration in these neighborhoods, the marijuana legalization movement has the potential to have a dramatically positive impact and the UP$ Tour set out to help that vision come to life.

It’s great to see artists using their platform for the betterment of their communities while also having some fun along the way.

Be in tune with Pavé by following him on social media and doing your best to advocate for cannabis reform and progress.

Do you think music can help end marijuana prohibition? Why or Why not? 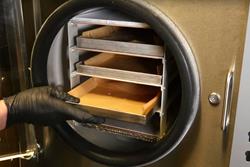 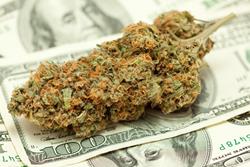