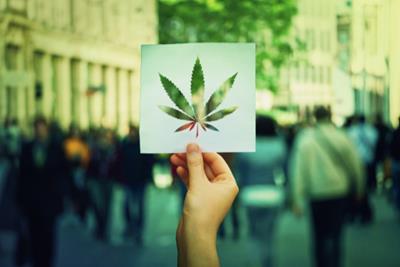 Last November, voters elected to legalize some form of marijuana in five states – Arizona, Mississippi, Montana, New Jersey, and South Dakota. The COVID-19 pandemic halted many other legalization efforts in 2020, but the resulting budget crises have, in turn, put those efforts back on the fast track.

As federal democrats also move closer to ending prohibition, many states are rushing to pass their own legislation to prepare infrastructures and set their own regulations. There’s so much change happening that it can be hard to keep pace, so we’ve gathered up some of the latest developments in marijuana legalization.

Below you’ll find a state-by-state breakdown of legalization updates, however, in addition to these changes, much more is happening behind the scenes. Bills are continually advancing through committees, however, they tend to take some time to work through the legislative process. If you don’t see your state represented, there’s no time like the present to call your state lawmakers and urge them to support cannabis reform!

New York made headlines March 25th when they announced a deal to legalize recreational marijuana. The comprehensive measure includes home growing, consumption sites, expungement of records, and reinvestment in affected communities. The law has been passed and signed by Governor Andrew Cuomo. For more details on the new laws, check out PotGuide’s New York legal page. 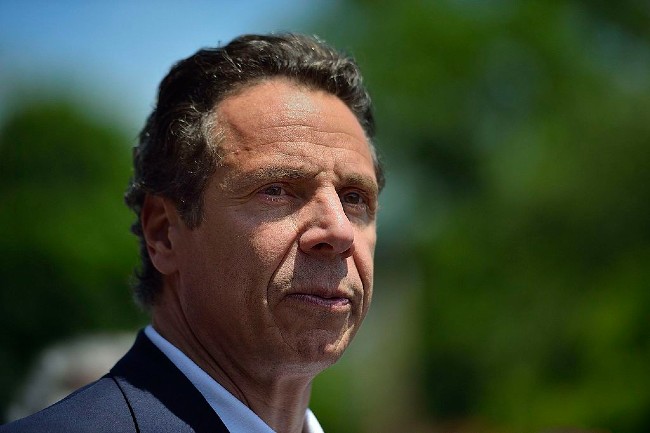 New York has been praised for "legalizing the right way" when it comes to addressing the harms of overcriminalization. photo credit

Per the New York Times, “Democratic lawmakers sought to fashion their proposal on the best practices from other states, hoping to make New York’s program a national model.” While their influence may not extend the country, they are the largest domino to fall in the northeast, and neighboring states are already moving to keep up.

On Mar 25, a Connecticut House committee passed a bill to legalize adult-use marijuana, including home growing and consumption sites, and the expungement of criminal records. Additionally, “70% of the revenue generated from sales would be reinvested in impacted communities.” The bill will proceed to a House vote.

Pennsylvania Governor Tom Wolf has supported adult-use marijuana for years but has been stonewalled by the Republican state senate. But at least one stone fell in February as Republican Dan Laughlin crossed the aisle to co-sponsor a bill with Democrat Sharif Street that would ostensibly support the state’s farmers by allowing them to grow marijuana for recreational use. Included in the bill, then, is the infrastructure for regulating legal marijuana in the state.

Also in March, the Rhode Island Senate introduced a bill to legalize adult-use marijuana at a towering 20% tax to mitigate the financial impact of the COVID-19 pandemic. 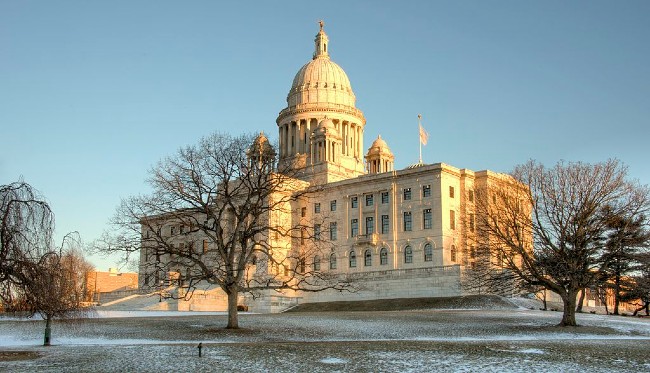 While Rhode Island still has progress to be made before they are fully legalized, things are beginning to head in the right direction. photo credit

Lighter than bills in neighboring states, it offers a path to expungement and allows cities to dictate hours of operation, zoning, or even to opt-out altogether.

Delegate Jazz Lewis (D) has proposed a bill to legalize marijuana in Maryland that would include cultivation and expungement of criminal records.

Democratic Governor Michelle Lujan Grisham announced she would hold a special session in the last week of March to “finish the job” of legalizing marijuana in New Mexico, and made good on that promise by signing the Cannabis Regulation Act on April 12. Further details of what the new laws look like can be found in our New Mexico legal section.

The Garden State finally legalized marijuana in November, but with the first sales a year away, legislators are now seeking to lift restrictions on home growing.

On March 24, The Minnesota House Agriculture Committee cleared a bill that would legalize marijuana for people over 21 and “automatically expunge minor marijuana convictions.” 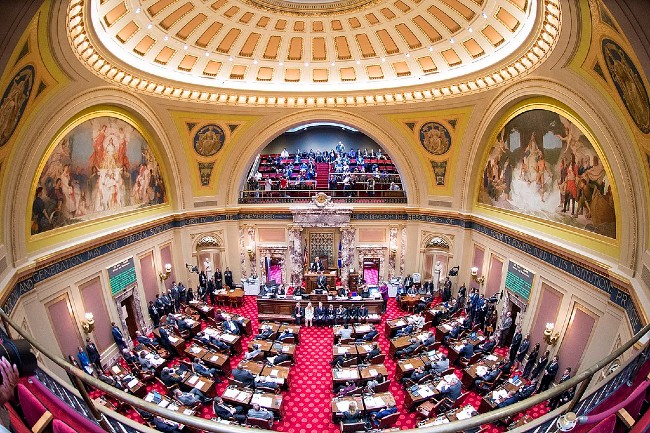 The bill is expected to pass the Democratic House, but the Republicans in the Senate are already countering with a bill to expand the state’s medical program instead.

A bill to legalize adult use marijuana will come before the House floor in Delaware. Proponents are optimistic, but Governor John Carney (D) “still has concerns about legalizing recreational marijuana." He has not yet confirmed his support one way or another, but the bill will move forward in the House.

In South Dakota, voters chose to legalize medical and adult use, but Governor Kristi Noem (R) told voters they made the wrong choice and has spent the months since trying to prevent the voters’ will. 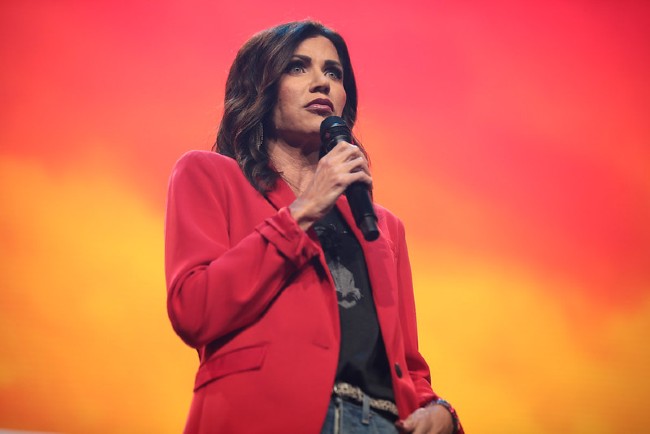 Although the people of South Dakota voted to legalize cannabis, Governor Kristi Noem has been pushing to stop it. photo credit

However, state Democrats appear to have rallied and stopped those efforts before the finish line. Initiated Measure 26 is currently scheduled to go into effect in July, but legislators are already moving to compromise with simple decriminalization instead.

On February 23rd, the North Dakota House passed HB 1420 which would legalize adult-use marijuana, but would not allow home growing. They also swatted down a separate proposal that would have put the matter on the voters’ ballot next year. Republicans in the state appear to see the writing on the wall and are moving quickly to concede only minimal ground.

It is, meanwhile, entirely legal to home brew in North Dakota.

In February, lawmakers in Virginia agreed that marijuana plants would evolve legitimacy in the eyes of the law on New Year’s Day 2024. Governor Ralph Northam (D) sent the measure back to be amended, and the changes ultimately passed. Simple possession and home cultivation will be allowed starting July 1, 2021. A full breakdown of the new legislation can be found on our Virginia legal page.

In February, Alabama lawmakers advanced a bill to establish a stringent medical marijuana program in the state. That measure will move to the House.

The House and Senate have each proposed competing bills to establish a medical marijuana program in South Carolina.

On March 19, the White House announced that dozens of staffers had been asked to resign, work remotely – and five were fired – for past marijuana use. While President Biden has been historically tepid about coast-to-coast legalization, Democrats in the House and Senate have vowed to move soon to end federal prohibition. 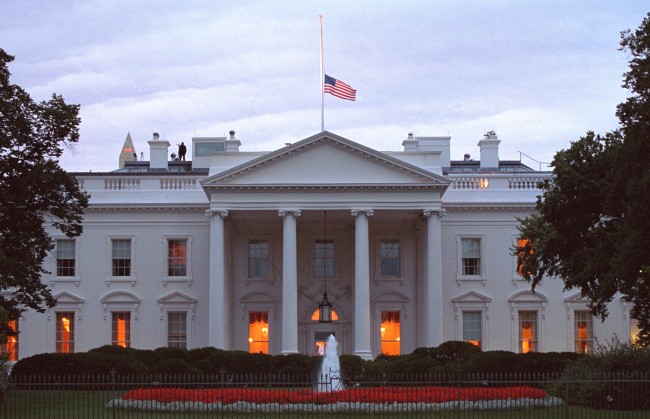 Unfortunately, federal legalization does not seem to be a priority in the White House at the moment. photo credit

Senate Majority Leader Chuck Schumer (D-NY) said his party would pursue “comprehensive cannabis reform legislation” this year, though we can probably expect pandemic relief and voting reform to take priority in the first half of the year.

There are other efforts not listed here because they aren’t as far along, or are more likely to crash into bureaucratic opposition, but the level of activity alone is encouraging. Many of these motions began as early as February, illustrating urgency in its proponents, and signaling resignation in the opposition. Of course we’ve seen over the past year that nothing is certain, but if you’re looking for reasons for optimism, there are several to choose from.

What upcoming legalization are you most excited about? Share in the comments! 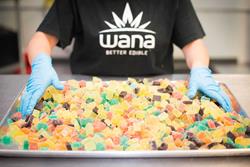 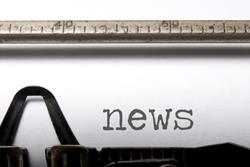