It’s a beautiful Saturday in Los Angeles, the sun is out and the birds are chirping throughout the city. Of course, what’s the one thing that would make the day even more beautiful? You guessed it, cannabis. Whether or not you’re smoking, eating edibles, or even drinking THC-infused beverages, cannabis is here to enhance your daily experiences, not to mention flower provides an endless amount of medical benefits.

On Saturday, March 12th, I just so happened to have the best cannabis-filled day, with the opportunity to visit 4 different dispensaries. Now, I get the pleasure to share with you 4 cannabis collaborations as well as 4 fresh launches. While this may seem like a subtle coincidence that all these stores happen to celebrate their new ventures on the same exact day, it’s also a testament to how much the cannabis industry is thriving and all it has to offer.

The first event of the day took place at the Cookies clothing store, right next to the Cookies dispensary on Melrose Ave. in West Hollywood. In light of the new Batman movie that just dropped in theaters, it was only right for Cookies to do an exclusive collaboration with Batman and Warner Bros. Pictures, even getting clearance from DC Comics for the exclusive line.


Upon walking up, you were immediately welcomed with Batman himself, with his Batmobile behind him. The energy was vibrant as everyone took photos with Batman, before entering the shop and browsing the dope t-shirts, hoodies, and socks that were available to purchase. 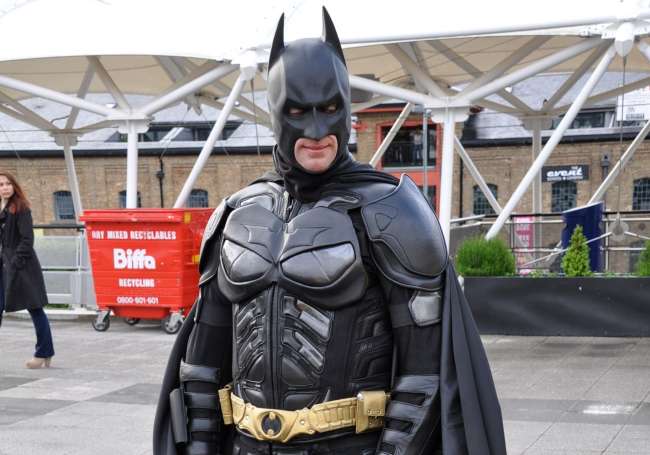 They had someone dressed as batman to celebrate their Cookies collab with Warner Bros. Pictures. photo credit

Slapwoods was also present for the festivities, the perfect product for the modern day smoker who appreciates the premium quality of a hand-rolled cigar, made from only the highest grade natural tobacco leaf.

One standout from this event was the fact that the Cookies brand’s reputation is so strong, that Berner was able to create his own verticals — including clothing. With the beautiful merge between cannabis and fashion, it’s no secret that Cookies is the prime example of streetwear in cannabis.

And right next door, at the actual Cookies dispensary, rapper and actor Freddie Gibbs was celebrating the launch of his new weed strain with Cookies, Packwoods, Passiflora, & 22K vapes. Not only is this a 5-way collaboration, which is unheard of, but each time Freddie drops, it completely sells out. The new strain with Passiflora exudes the color purple and a pungent Runtz smell.

Right now, Gibbs doesn’t even have his main Instagram page to promote! Hailing from Gary, Indiana, Gibbs has become a quick favorite in the rap game, best known for his undeniable bars, punchlines, and storytelling in his lyrics. Besides that, it’s his presence and personality on social media that fans can appreciate most, speaking his mind with no filter every single time. 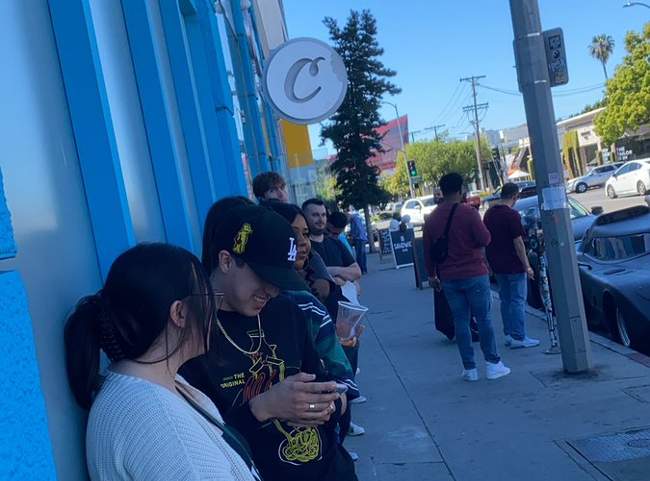 A line of people waiting outside of the Cookie's dispensary waiting for Gibb's drops. photo credit

The line of fans ready to meet Gibbs was out the door and around the block, as Gibbs showed up in the last hour of the 4-hour window for the event. Inside the dispensary was a huge bunny, which aligns perfectly with his current Twitter handle @freddiegibbs, along with the dope branding for Kane Train. Kane is a nickname Freddie has embodied over the years, and the only thing more fire than the weed itself is the merch.

Fans had the opportunity to purchase 3 items: the actual flower in partnership with Passiflora, pre-rolled Packwoods with a sweet and fruity candy aroma, and a 22K vape pen. The vape pen contains “the truest 100% HTE Cartridge”. on the market with 13% terpenes, with the disclaimer that while they’re known for their hard-hitting vapes, this is meant for daytime relaxing, “with a cerebral high and euphoria.”

Nipsey Hussle will forever be remembered as one of the greats, not only in his hometown of Los Angeles but beyond. The young rapper and entrepreneur was shot and killed back in March 2019, but everyday his legacy lives on through and through. What better way to keep his name alive than through his Marathon Cultivation brand?

Hussle was prolific in every sense of the word, which bleeds into all his business endeavors. Now, Marathon returns with their newest strain called Blue Bubblegum, with the color blue representing Nipsey and all he stood for. The flavors for each strain are immaculate, and Blue Bubblegum is no different.

This also sets the stage for what’s to come with the Marathon Cultivation brand, as they slowly ready the opening of their new shop in West Hollywood. Their current headquarters reside in Canoga Park, California.

If you’ve been in the cannabis game long enough, you’re probably familiar with Redline Reserve. The OGs in cannabis at Redline, far before weed became legalized or even recreational cards were a thing, have been cultivating the best of the best in cannabis for 3 decades and counting.

Priding themselves in the combination of potency and exotic flavor, Redline launched their newest strains Super Chief and OREDZ. OREDZ is an Oreo cookie crossing with 30% THC. 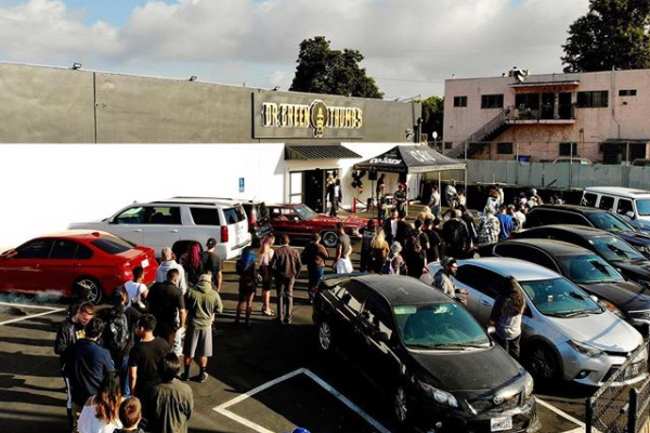 The pop-up at B-Real’s Dr. Greenthumb dispensary proved to be delightful in itself, as cannabis-lovers were able to stop by their booth, preview the new strain, and walk away with goodies such as t-shirts and hats. Mr. Redline himself was present, along with the B-Real family.

At the end of the day, Los Angeles is the hub for all the dopest collaborations and launches you can think of in the world of cannabis. Being the epicenter of entertainment, from music to film to fashion, the city reels in the who’s who in the industry, which makes for great collaborative efforts within the space.

While brands have the respect and pull to stand on their own two feet, why not recruit another partner to fully bring to life the potential and scope of the vast audience you can reach, outside of your one? Two heads are better than one, and in Freddie’s case, 5 is the definition of elite!

Have you ever experienced the cannabis culture in Los Angeles? Let us know below in the comments! Rappers With Their Own Weed Strains

Rappers With Their Own Weed Strains 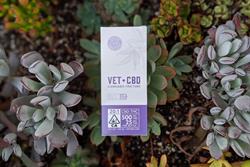 VETCBD Working On Bill To Legalize Cannabis Products For Pets

VETCBD Working On Bill To Legalize Cannabis Products For Pets